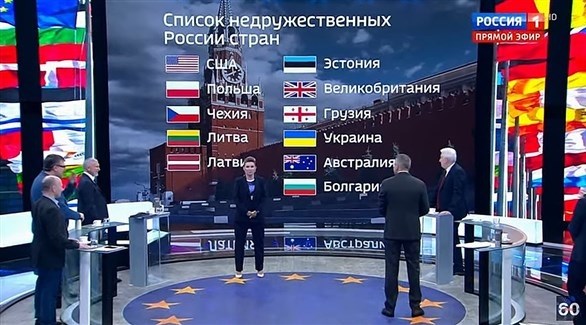 The more heated the war battles in the squares, the greater the noise in the media and on social networks. In the middle, the facts are deliberately hidden, and the truth becomes a victim who joins a very long list of victims, who in turn lose their names and identities, and become numbers recorded and published in the statistics after the end of the war.

The current war, which has been raging on Ukrainian soil for almost a month, is no different from the wars that preceded it. Interestingly, the Ukraine war started beating its drums in the Western media before it caught fire above ground and under the sky. This media war, on both sides, has reached an unprecedented degree of disinformation, although more evident in the West, as a result of the blocking of channels by the Russian media in Western countries. And it became very difficult, even for a conscientious follower, to differentiate the facts from the others, in what is published and broadcast news, much less for an ordinary citizen, who begins and ends his day, while being subjected to a bombardment uninterrupted media. , addressed to him from a huge media machine.

Last Wednesday, surprisingly, there was a change in direction of this huge media machine in Great Britain, first, and then in other Western countries, diverting it 180 degrees from its usual course in following the Ukraine war, and transmitting its developments. in a timely manner.

The reason is that Iran recently released two British citizens (a man in his seventies and a woman) with dual citizenship from Tehran prison, who were accused of espionage, even though they denied the charge. The British media abruptly cut their regular programs reporting the events of the Ukraine war and switched to reporting the events of the liberation, moment by moment, and following the movements of the two freed people since their release from prison. The television screens were occupied by commentators with different faces and faces, than we had been used to during the last few weeks, and the College of Military Maps disappeared, and the military commentators were absent, throughout that day and the next.

The happy nature of the news of the launch and the way it was treated by the British media machine made it seem as if Britain had won a rare victory. The fact that we have to deal with is that this victory was not 100 per cent British, as the media showed. In fact, we do not know the exact reasons that prompted the Tehran government to release the two prisoners at this particular time.

This does not mean that the British government accepted Iran’s conditions, represented in the release of sums of money that Iran had paid in the past in exchange for an arms deal, which had not been delivered by Britain. In my personal opinion, choosing the timing of the launch, at this particular moment, was an Iranian moment, not a British one. It was not a coincidence. Rather, it was intentional, with the aim of creating a huge media sensation that cannot be ignored, capable of relieving the intense media pressure on the Russian ally in Moscow, if only for a while.

Those who follow the case of the two British prisoners in Tehran know, and undoubtedly know, the evolution of the negotiations between the two governments in relation to the release of funds in exchange for the release of the two prisoners. The Tehran government could have delayed the launch until the end of the war, because it was in no hurry.

In fact, this maneuver achieved the intended goal. As a reminder, the war in Ukraine disappeared from the front pages of all the newspapers published the day after the liberation, giving way to photos of the two prisoners, press reports related to their imprisonment, the joy of their liberation, the trip back. ..etc, and the analyzes of the commentators. It is quite possible that Russian leaders in Moscow felt a sense of relief to see and follow the Western media turning to the other side of what is happening in Ukraine.

To say that it could happen is pure coincidence, a possible thing, but, in my opinion, it is very weak. The reason is that the keys to the prison doors were in the hands of the Tehran government, and only it can decide whether to open those doors now or postpone their opening for a later period. And he chose to open it during this period to accomplish goals that may not seem clear now, and time will reveal.