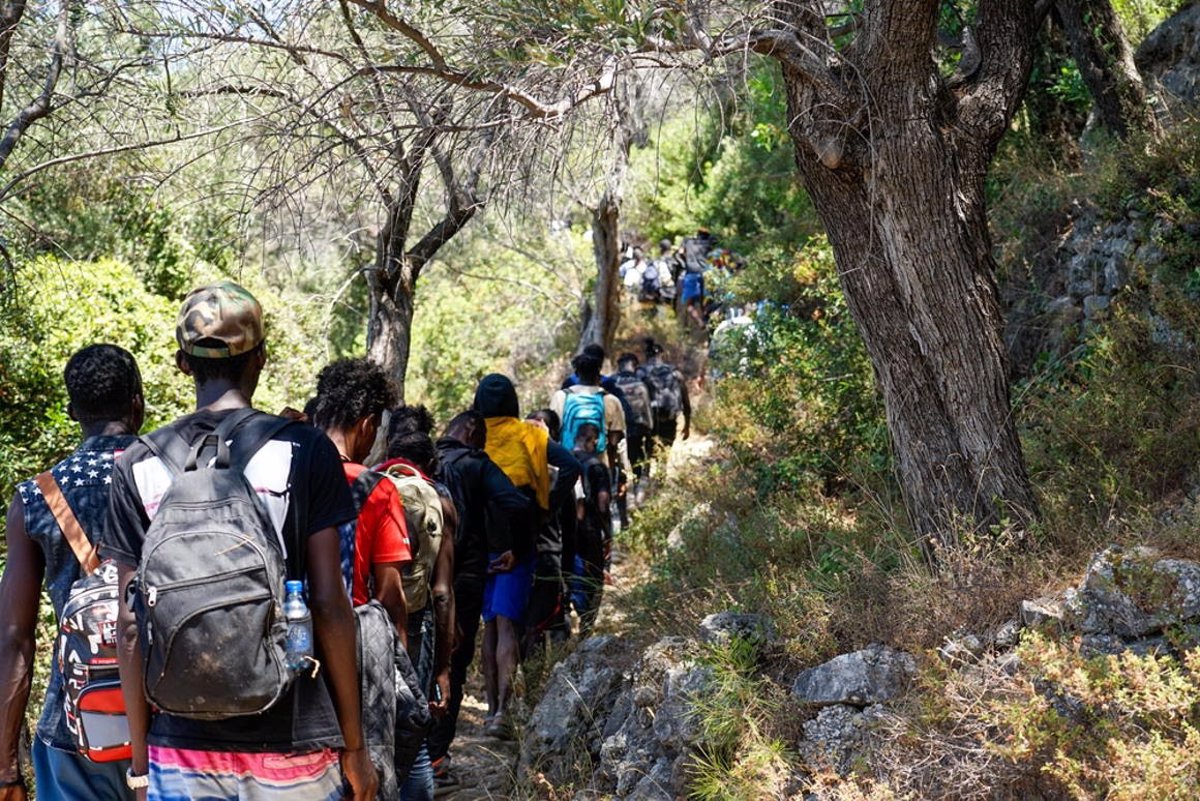 More than 570 migrants, including 24 pregnant women, have received emergency medical and psychological assistance from Doctors Without Borders (MSF) so far in 2022 after arriving in small boats on the Greek island of Samos.

As reported by the company, all these people had arrived from the Turkish coast, a few kilometers from the Greek island, and they denounced that they suffered multiple forms of violence on their way to seek asylum and a better asylum life in Europe.

MSF has also explained that these migrants arrive in small inflatable boats, which they disembark “for fear of the possibility of being arrested by the authorities and forcibly deported”. As they pointed out, “once they reach land, most flee and hide”.

“Some people are so afraid that they can neither speak nor walk,” said Nicholas Papachrysostomou, MSF’s general coordinator in Greece.

In this vein, MSF project coordinator Sonia Balleron has warned that “forcible interception and forced returns are not only illegal but also jeopardize people’s right to seek asylum”. “These practices also expose people to further trauma and risk of long-term physical and mental health problems,” he said.

According to him, “It is the responsibility of the Greek and European authorities to ensure compliance with the law and the effective application of reception, identification and international protection procedures.”

The organization has also said that during the summer it sees many patients suffering from “fatigue from heat and dehydration” and “frequently treating injuries from accidents that occur while climbing the island’s sheer cliffs.”

“Now, in the summer, we see a lot of patients suffering from heat exhaustion and dehydration,” Papachrysostomou pointed out, before pointing out that in the winter they “had to treat three people for frostbite due to several days of exposure to sub-zero temperatures outside.” .

Previous articlePre-order the Galaxy Z Fold 4 and Z Flip 4 on Amazon: these add-ons are available for the new foldable phones
Next articleAir traffic control could play a role in compensation