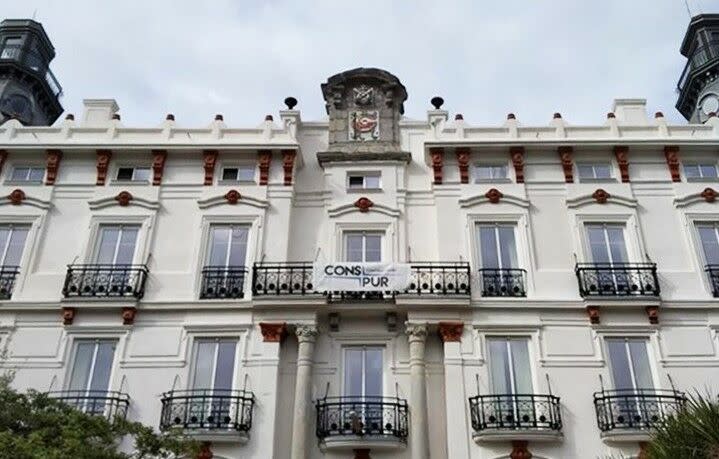 MAZABI, a company specializing in real estate asset management, has promoted the reform and Rehabilitation of the Pombo Palace (Santander) with an investment of more than eight million euros. In addition, he has reached an agreement with the company boutique hotels in soho for the inauguration of a four-star hotel in this emblematic building. It is necessary, dating from the 19th century, it also continues to house the facilities of the Real Club de Regatas de Santander, complete reforms.

Located in the center of Santander, the Palacio de Pombo has 3,550 m2 for hotel and commercial use. The hotel operated by Soho Boutique Hotels will have 64 rooms, meeting and event rooms, a restaurant with direct access, as well as a bar and a cafeteria with views of Plaza de Pombo. In turn, the Real Club de Regatas will share some facilities with Soho Boutique Hotels and will have half of the first and second floors of the building for its private use. The opening is scheduled for June 1.

The Palacio de Pombo was built in 1854 and was rehabilitated in 1870. Formerly assigned as residence to the Marquis of Casa de Pombo and since 1889 it houses the facilities of the Yacht Club.

“We are very excited about this project, which we manage and in which we participate together with other regular partners, because it involves fully rehabilitating one of Santander’s most emblematic assets, maintaining the building as the headquarters of the Santander Royal Regatta Club and, At the same time, an economic development will be opened with the opening of a four-star hotel, which will allow the city’s hotel offer to be expanded”, he highlighted. Juan Antonio Gutiérrez, Vice President of MAZABI.

Currently, in connection with this operation, MAZABI has a card for 21 hotels, with a value of more than 500 million euros. During 2021, the company has strengthened its position in this segment with the addition of four hotels located in Córdoba, El Puerto de Santa María (Cádiz), Madrid and Tarragona.

MAZABI has in its pipeline 10 hotels in different phases prior to purchase, with a diversity of size, location and concepts, among which are potential assets, which are located both in vacation destinations (resorts) and in urban vacation environments, in provincial capitals.

Likewise, Soho Boutique Hotels has a portfolio of 29 hotels in the national territory, being a guarantee of success in hotel management.