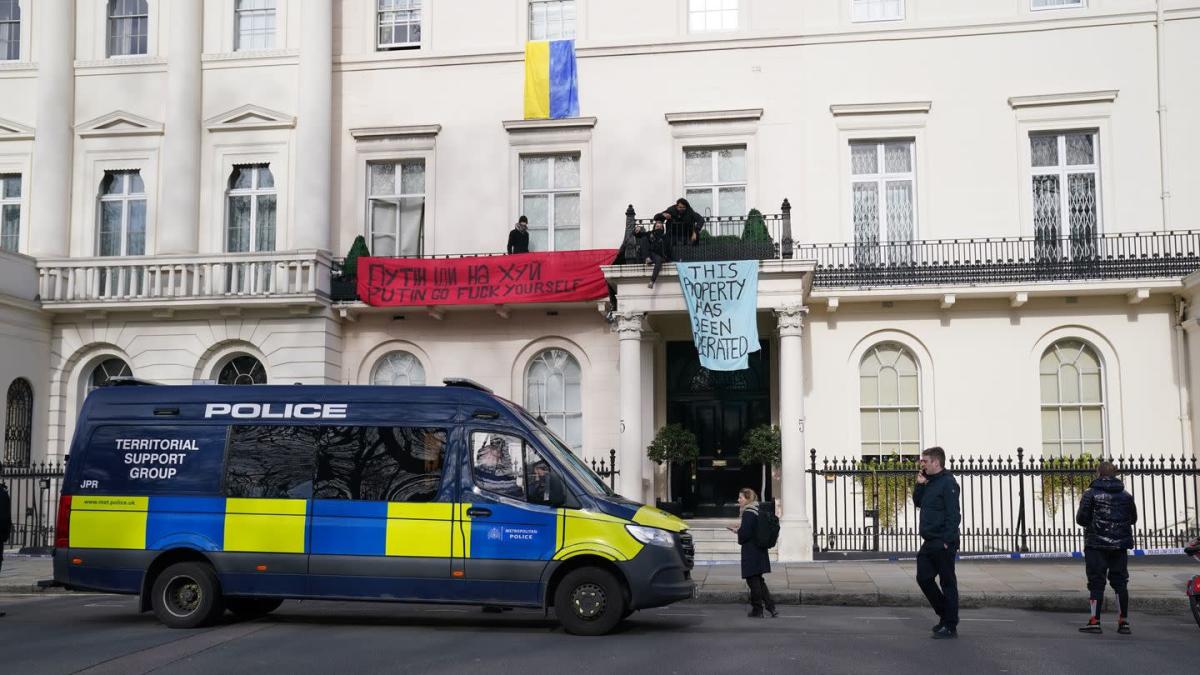 London (AP) – London Mayor Sadiq Khan has spoken out in favor of housing Ukrainian refugees in the estates of Russian oligarchs in the British capital. Still, most apartments in London are empty, Khan told Times Radio.

The Labor politician believes that many properties belonging to the Russian super-rich were bought to launder money and not to live in them. These are not apartments, but “golden bricks,” Khan continued. “I think the government should confiscate them and before selling them they should be used to house Ukrainians,” he said. This is a kind of “poetic justice”. A spokesman for Prime Minister Boris Johnson confirmed that the government is considering such plans. Cabinet member Michael Gove had previously put the option up for grabs, but spoke of a “major legal hurdle”.

Several pro-Ukrainian activists have occupied a property near the London embassy district linked to Putin confidante Oleg Deripaska. The billionaire is now on the British sanctions list. The squatters said the property now belongs to Ukrainian refugees, according to the PA news agency. The photos showed several people on a balcony holding banners that read, among other things, “This property has been released.”

Course hardened against the oligarchs

In recent weeks, the British government has tightened its long-criticized lax treatment of Russian oligarchs. A new law is due to come into force later this week that will make it harder for the super-rich from abroad to hide behind shell companies and front men when buying property and other investments in the UK.

The imposition of sanctions on individuals should also be facilitated. London’s inclusion of Russian billionaire and owner of English top-flight soccer club FC Chelsea, Roman Abramovich, on the ban list caused a stir last week. More are expected to follow.