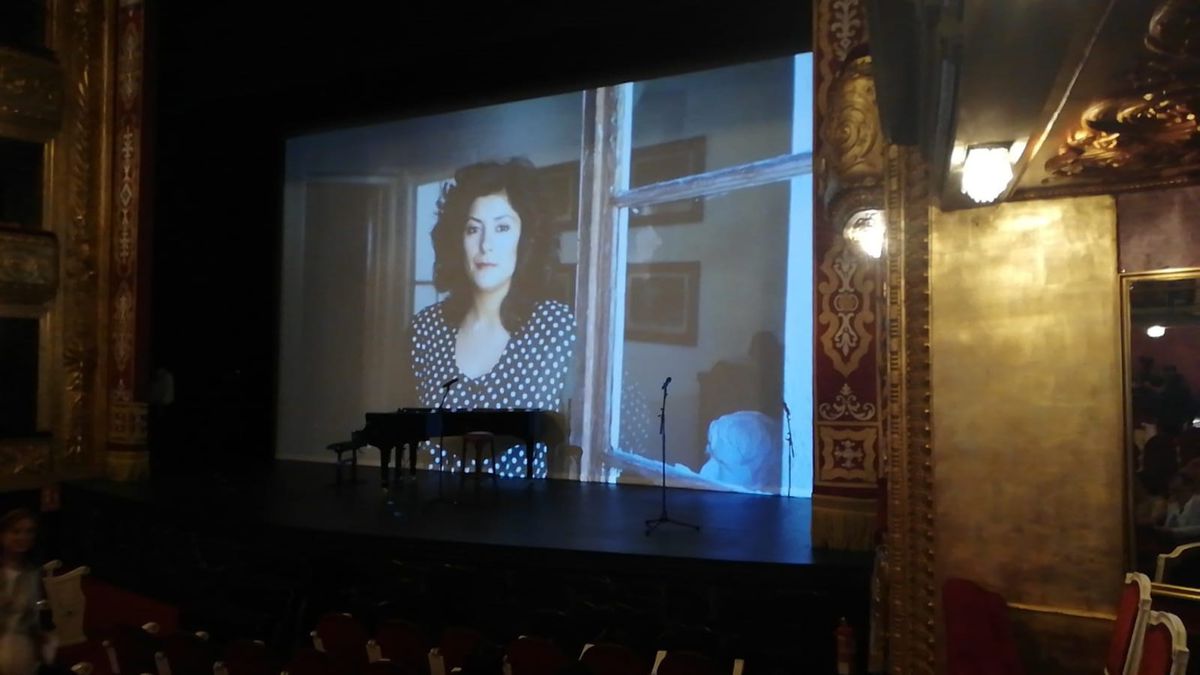 Almudena Grandes worshiped Galdós. She fully identified with him as an author. That national episodes were her inspiration for the series of six novels in which she had immersed herself for more than a decade under the epigraph Episodes of an endless war. For Almudena, Galdós was that silent teacher who shows the way and wisely warns of obstacles. The novelist learned from him how to save many, but not all of the country’s character, which both were masters at portraying.

On February 22, the Madrid City Council managed to approve in plenary that she be named their favorite daughter. Three days after the writer’s death, the PP, Ciudadanos and Vox had rejected this appointment, but an agreement on the municipal budgets forced the mayor, José Luis Martínez-Almeida, to accept it without, given his refusal to recognize the essential legacy of the writer from Madrid , was also not convinced of the initiative. He just swallowed. But even the shared red-and-white fans of both tempered his tendency to ignore him, and on the 13th, due to scheduling issues, he refused to attend the tribute the city paid to the author at the Spanish Theater. He said he had dinner at nine, but when the event started at seven it was short and was held just a 10-minute walk from the mayor’s meeting place. But not for them.

They shouldn’t surprise us, although certain settings leave us perplexed. To understand them, the biography of Galdós itself serves as a reminder. She was always very present in Almudena Grandes. Although not even the celebrations of the 100th anniversary of the Canarian writer’s death in 2020 have led city councils to give him a fair justification. It is enough to select an episode so that you can understand and make connections. In 1901 it was premiered at the very Spanish theater, Electra. The drama of the young woman, with which Galdós symbolizes a fight against obscurantism and backwardness, provoked fierce criticism at the time, protests from the most conservative circles and even church-sponsored atonement demonstrations on the streets. Since resentments know how to wait for the hour of revenge, they made the bill a decade later, in 1912.

A group of writers and intellectuals led by José Estrañi, the newspaper’s director the Cantabrian, promoted their candidacy for the Nobel Prize with more than 500 signatures for it. The journalist was a friend of Galdós, accomplice, confidant of an author inclined to discretion and his companion every afternoon, like José María de Pereda, during his summers in Santander. As soon as the news broke, the reaction against the candidacy was armed. The angry brawl and the intensity of the arguments are still remembered today at the Swedish Academy. Society polarized and opponents used another option against him: Marcelino Menéndez Pelayo.

Now and then we see them both as two of the most important intellectual precursors of the sides that eventually faced each other in the Civil War. Galdós was a staunch Republican who entered Congress in 1886 as a representative of the Sagasta-led Liberal Party. Later, in 1909, he co-founded the Republican-Socialist Conjunction with Pablo Iglesias, the founder of the PSOE, which was also joined by other of his colleagues such as Blasco Ibáñez. This formation was one of the seeds of the movement that would end two decades later with the monarchy of Alfonso XIII and inspire the Second Republic. Menéndez Pelayo was also a deputy and senator, a member of the Union Católica formation, which is close to the Conservative Party. Although towards the end of his life he returned to some of the liberal theses of his youth, he became one of the inspirers of National Catholicism, that ideological magma that protected Francoism.

But that happened later. In life, both authors were close friends. Menéndez Pelayo encouraged Galdós to run for the Royal Spanish Academy. He was elected to the second because he was initially not accepted. Reluctance aside, his promoter was responsible for responding to his opening speech. Their friendship lasted until the death of the Santander intellectual and scholar in 1912. And the anger unleashed by the Nobel episode did not move her either. Both settled on a gentlemen’s agreement, with which they said goodbye to the controversy. In the end, neither of them received the award, but they preserved the legacy of a friendship that, despite their abysmal ideological differences, proved to be an example of tolerance.

What happened more than a century ago, instead of remaining as a history lesson for a bygone era, springs back at us as an unsolved problem. This polarization survives. And unfortunately, the example that both authors knew how to set did not serve those who could identify with the Spain promoted by Menéndez Pelayo. They mistook his ideology for an attitude of rejection and revenge, although the key in him was to separate the two.

Today after having the bad taste and ignorance of not understanding that the work of Almudena Grandes lives on as the heritage and legacy of the city where she was born and lived, just like that of Galdós, this takes us back 110 years . We no longer even ask our leaders to have a vision of the future, just an awareness of the present. But it is becoming increasingly clear that in certain matters there are not a few who will blindly repeat the worst patterns, and what lies ahead is clouded only with a worry of dark resonance.

- Advertisement -
Share
Facebook
Twitter
Pinterest
WhatsApp
Previous articleA firefighter wins a first lawsuit against Madrid City Council: they cannot be activated for 24 hours without charging overtime
Next articleBiden and the recurring debate about his age ahead of a possible second term