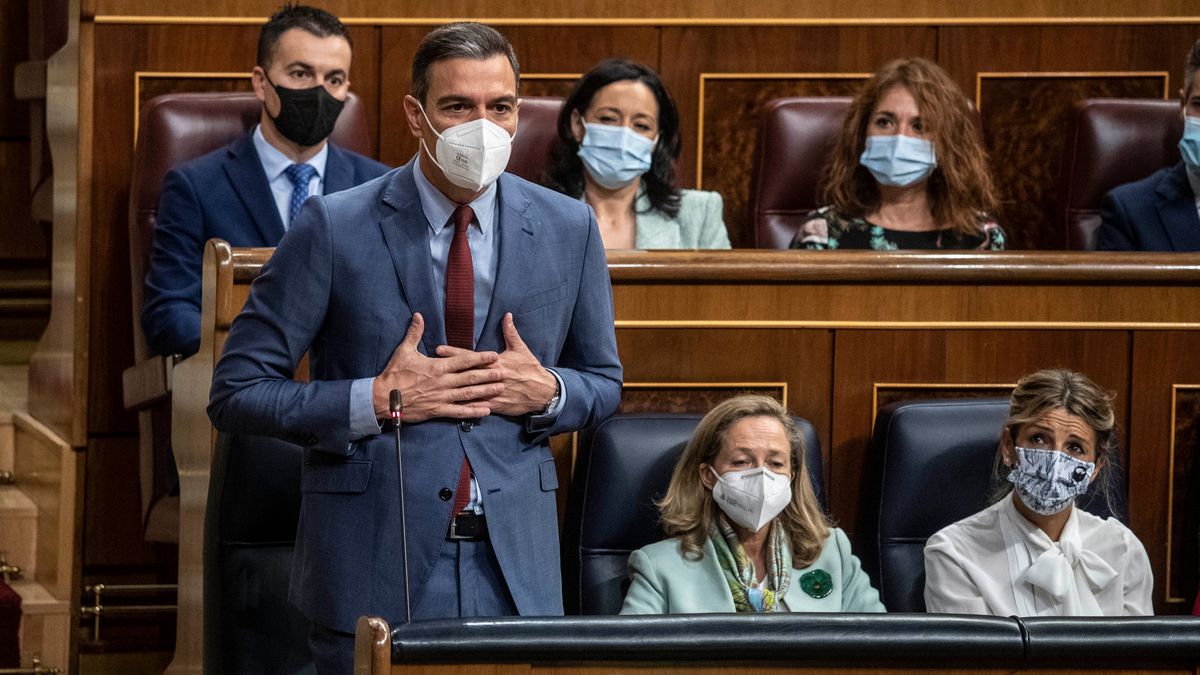 The negotiations between the PSOE and United We Can, which already have a long history, are beginning to have their own liturgy. A crucial date is set – in this case, the negotiation of the decree on economic measures, the Council of Ministers this Saturday – and tension grows in the days before until the agreement is finally released, usually between the two leaders: Pedro Sanchez and Yolanda Diaz . The extraordinary meeting of the government “to approve the new aid package to combat the economic crisis resulting from the war in Ukraine” has been convened for 10:00 a.m. and it is not excluded that a meeting between Sánchez and Díaz will be organized shortly before. This happened in the latest budgets, which were unlocked on October 6, 2021 in the President’s office on the first floor of La Moncloa’s posh building, while ministers below waited for both leaders to make the decision to set up the Council.

But as this happens, negotiating teams have multiplied contacts and tensions in recent days, particularly at Thursday’s meeting, which executive sources said ended with a major disagreement and a very different atmosphere from Tuesday, when things appeared to be channeled. In the afternoon of this Friday, negotiations between the two groups continued with difficulties. The socialist sector was the one that exuded the greatest optimism and absolute conviction that an agreement would finally be reached. “Tomorrow there will be a decree,” Sánchez himself said from Brussels in a very clear internal message to United We Can that the PSOE will carry on no matter what. Sánchez also indicated that the decree will be in force until December 31, three months longer than expected, a very relevant innovation, reports Manuel V Gomez.

Yolanda Díaz’s faction insisted that in order to agree on the decree, the PSOE had to accept some key measures, notably the check for lower-income workers, similar to what countries like France and Italy have introduced to compensate through inflation. In France there was 100 euros for anyone earning less than 2,000 a month. In Italy, 200 euros for those earning less than 35,000 a year. The UK has just announced a £326 (€380) payment to eight million low-income earners. Germany paid 300 euros directly to all citizens as relief, not just to low-income earners. United We Can raised 300 euros for anyone below 1,000 euros, the minimum wage, some four million beneficiaries, but in the negotiations this amount could vary and align more with the lower French or Italian models. It is an allowance for low-income workers, but not so low that they can earn the minimum subsistence income.

Negotiations never completely ruled out the review, although the Socialists expressed technical doubts. They prefer more general measures that also affect small and medium-sized businesses, such as the reduction of VAT on electricity to 5%, which Sánchez announced in Congress on Wednesday and which will be included in this decree that will transform Spain, reminds the executive European country with the lowest electricity tax. All the fiscal measures included in the previous decree are extended, which in turn means the consolidation of a significant tax cut. And the aid to transport companies, ranchers, farmers or fishermen who marked the previous text is also extended. In any case, the negotiations of La Moncloa and the Treasury are conducted in the utmost secrecy, with María Jesús Montero at the helm of this complex political and economic operation of the PSOE and Joaquín Pérez Rey (Secretary of State for Employment) and Joan Vendrell (Chief of Staff of Díaz) for United We Can.

When the check ultimately fails, a final deal looks difficult, but both groups have a long history of pushing the envelope and finally finding a way out. Any other alternative would mean a government dissolution, which neither sector seems to want, and even less so at a time when the Andalusian election fiasco has both produced poor results – far worse than those of United We Can― which Messages moving the executive branch are going in the opposite direction, that is, the coalition needs to be strengthened and moved forward in the legislative agenda in order to regain momentum and focus on running the government rather than the issues the coalition wants relates to contradictory signs.

What seems easier for the Social Democrats to accept is the aid to lower the transport subscription to offset inflation and make it easier to use public transport instead of the car, which is more polluting and now much more expensive with the increase in petrol . The 20 cent subsidy for fuel will remain. What’s a long way off at present is a tax on electricity and oil companies, although the government is working on several ideas about the co-benefits of these companies, which in some cases have tripled thanks to increases in energy costs that are destroying workers’ pockets. Sánchez himself pointed out this line at the press conference in Brussels. “We know who we govern for, for the families suffering from the crisis. And we know that some sectors want their privileges and want to keep theirs Status quo‘ Sánchez stressed, clearly referring to energy companies.

The negotiation has become very complicated in the last few days. The PSOE was angered that Díaz broadcast his measures in a Twitter thread on Monday and then repeated them at the post-ministerial press conference, thereby highlighting the inconsistencies and paternity of these initiatives if they are finally approved. The Social Democrats complain that United We Can is systematically trying to leave them as the most conservative when they see themselves as one of the most progressive social democratic parties in Europe that has carried out policies to strengthen the welfare state and protect workers, especially during the Pandemic. On the contrary, in United We Can we also fear that in a very sensitive situation for citizens and also politically sensitive, the PSOE will not be encouraged to take stronger measures when the government needs to regain its pulse. The PSOE economic team always suggests to think about deficit and debt when taking action. The final solution will probably only be available a few minutes before one of the coalition’s most important councils of ministers.