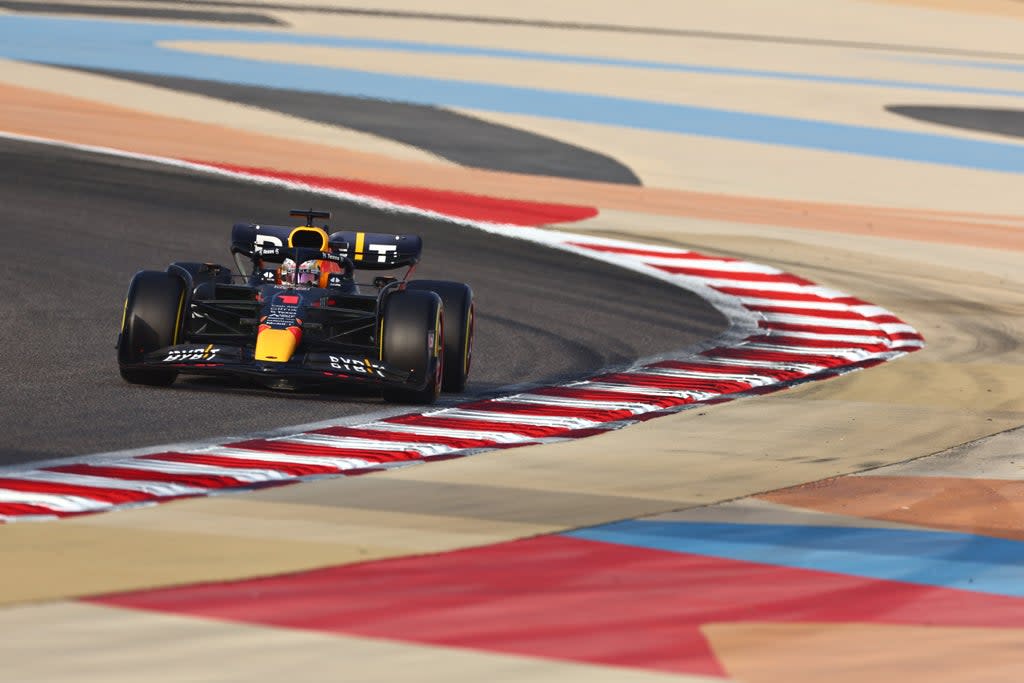 Max Verstappen finished pre-season testing at the top of the time tables to send Red Bull into the 2022 season full of confidence in the car.

Racing with the upgraded sidepods of the RB18 for the first time, the world champion posted a time of 1:31.720 seconds, the fastest in the three days of testing in Bahrain.

That was 0.7 seconds ahead of Ferrari’s Charles Leclerc when the session ended under floodlights, in conditions similar to those of next Sunday’s opening race at the same Sakhir circuit.

“We can’t read too much into the weather,” Verstappen said. “The new parts we tested today worked well, which is what we always hope for.”

Two-time F1 champion Fernando Alonso pushed his Alpine to third right at the end, sending George Russell to fourth. Both were around a second slower than Verstappen.

Lando Norris, who had to replace Daniel Ricciardo, who has Covid-1, was ninth for McLaren, who had a difficult time in Bahrain.

Lewis Hamilton was 4.5 seconds behind Verstappen in 17th, although when he drove earlier in the day conditions were less suitable than in the afternoon and evening. Red Bull’s Sergio Pérez topped the morning standings.

“At the moment, I’m sure everyone can see that, we’re not the fastest,” Hamilton said.

“I think Ferrari seems to be the quickest and maybe Red Bull and then maybe us or McLaren. We’re not at the top right now.” At the moment, I don’t think we’re competing for wins.

“There is potential within our car to get us there, we just have to learn to be able to extract it. We have some obstacles to overcome.”

Mercedes teammate Russell added: “It’s definitely bouncing around a lot. He’s not the most comfortable, in all honesty.

“I don’t really care about comfort if the performance is there. But at the moment it seems that we are one step behind our rivals.”