Maverick Viñales: “I see myself capable of winning with Aprilia and fighting for the title” 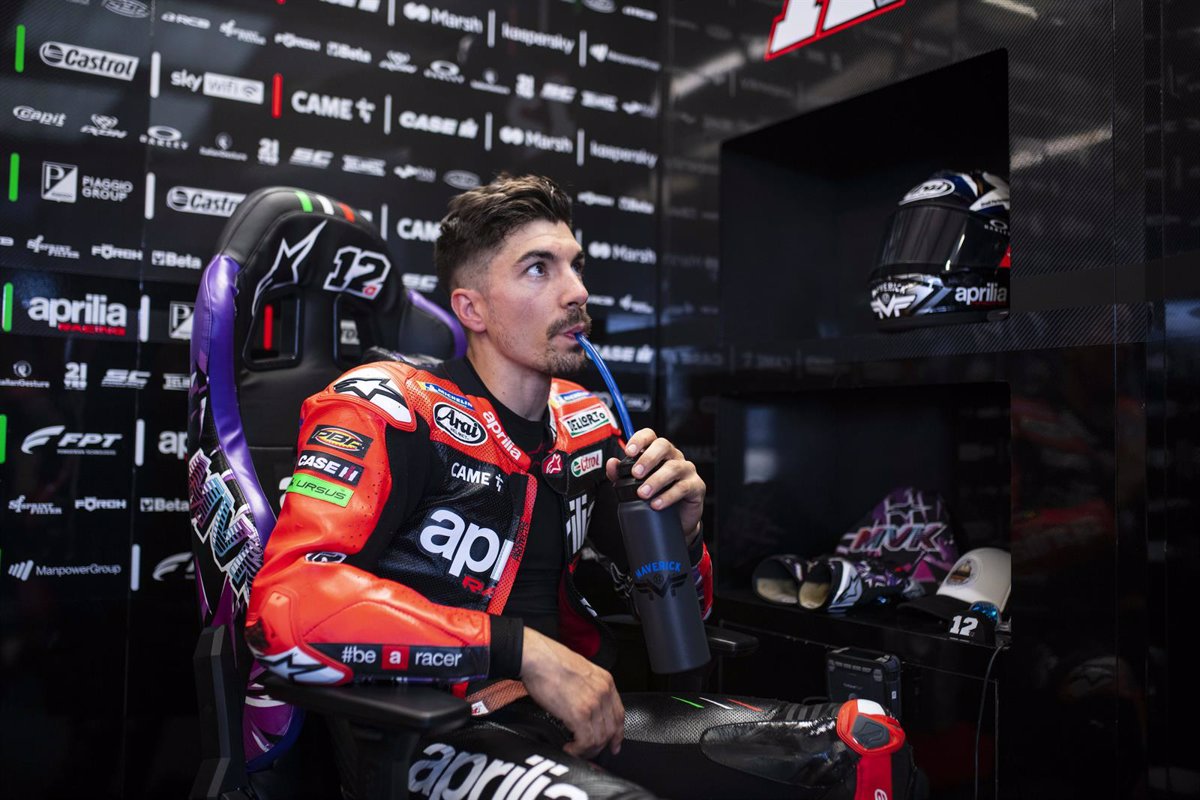 Spanish MotoGP rider Maverick Viñales (Aprilia) assured this Wednesday he sees himself “capable of winning” to “contend for the title” this season as he sees “lots of room for improvement” on both his part. and in the factory”, at the same time he admitted that he had improved in “discipline”.

“We’re going to win, I know I’m going to be at the front and I’m going to fight. But it’s a process. More or less time, I don’t know. But the way I’ve been training and the way I feel, I see myself capable of winning with Aprilia and trying to fight for the title,” the pilot said in an interview with the show. Motor Home” by DAZN.

The Catalan insisted he was at his best to achieve his goals thanks to ‘Aprilia’s potential’ which he felt ‘from day one’. “There is still a lot of room for improvement, both on my part and in the factory. At the end of the day we are used to brands that have won a lot and know how to do it and Aprilia has always won a lot in categories in the past but now that it wins in MotoGP they will rise,” he commented.

“Both Aleix (Espargaró) and Aprilia have spectacular championships. They don’t leave anything out, they give everything and we can play a good trick as a team, I’m sure. We prepare the races very well. We got good results because we go together. And so we’re both growing super fast,” he commented on the options of his teammate, who is in a full fight with Frenchman Fabio Quartararo for the lead in the World Cup.

“That’s the mentality and I think that’s the secret of our team. We work as a unit. We know that the goal is to try to make Aprilia champion,” he added.

In “Motorhome”, Viñales precisely emphasized the good harmony that he has maintained with Aleix Espargaró since 2015 to this day, with whom he has a “very trusting” relationship because “everything was always very easy with him”. “And that’s how it will be, because apart from motorcycling, which we love, we’re a very good match,” he celebrated, an aspect he considers “special” and “fun”. “It hasn’t happened to me with anyone else,” he revealed.

“Something I’ve improved a lot is having a lot more discipline, being harder and ruder in all training sessions and that makes you better,” he commented on his World Championship experience before focusing on his time at Yamaha. “Every time has its moment, its way. I think that with Aprilia I’m in the right moment, in the right situation and in a perfect situation in my life,” he said.

This weekend, the World Championship comes to Austria, an event that was fraught with controversy last year as Yamaha left the Catalans without taking part. Now Viñales sees winning the Red Bull Ring as a ‘dream’. “It would be a goal achieved after many hours of work and suffering,” he concluded, knowing full well that he “has an open account with this circuit.”

Previous articleNew warning strike at Munich airport
Next articlePre-order the Galaxy Watch 5 (Pro): These are the benefits of buying from Samsung