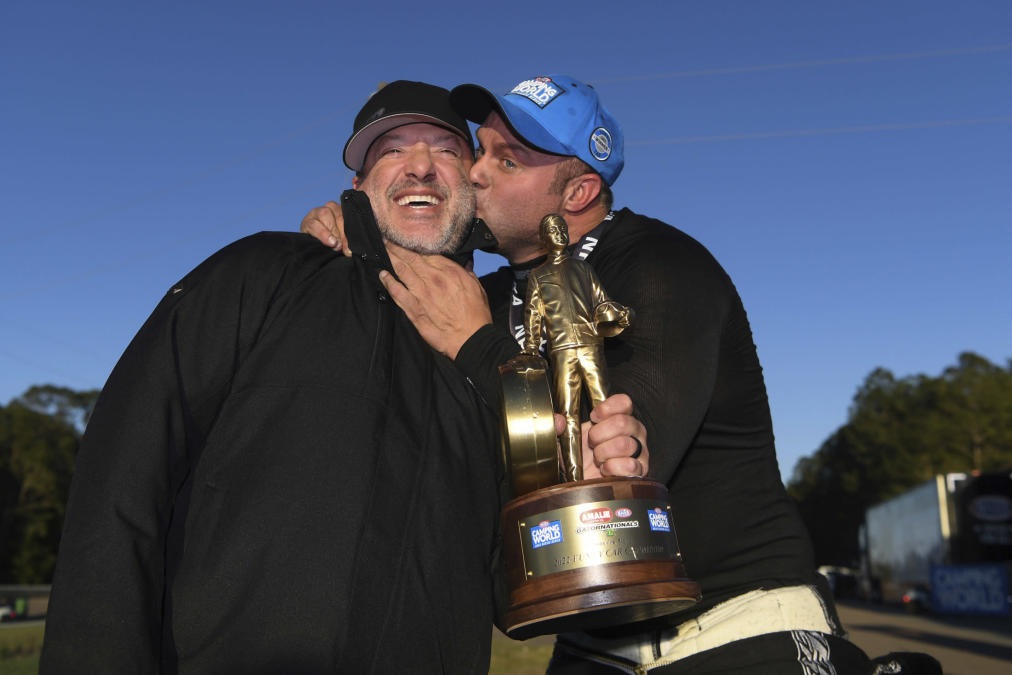 In the final round, Hagan powered his Dodge Charger Hellcat SRT to a 3.910-second run at 330.96 mph to beat Blake Alexander for his 40th career win and first in three races this year with Tony Stewart Racing.

Hagan joined the Tony Stewart Racing team as a freshman in the offseason and the Virginia driver has a No. 1 qualifier and a pair of final rounds for the Stewart-owned team.

“This is pretty rough, especially at the Gatornationals,” Stewart said. “We have two amazing race teams that work hard. I’m very proud of all these guys.”

Stoffer finished a record day with his 11th career win, clocking 6.7000 at 200.77 on his Suzuki in the series’ first race of the year. He ran the fastest race in class history earlier in the day with a 6.665.