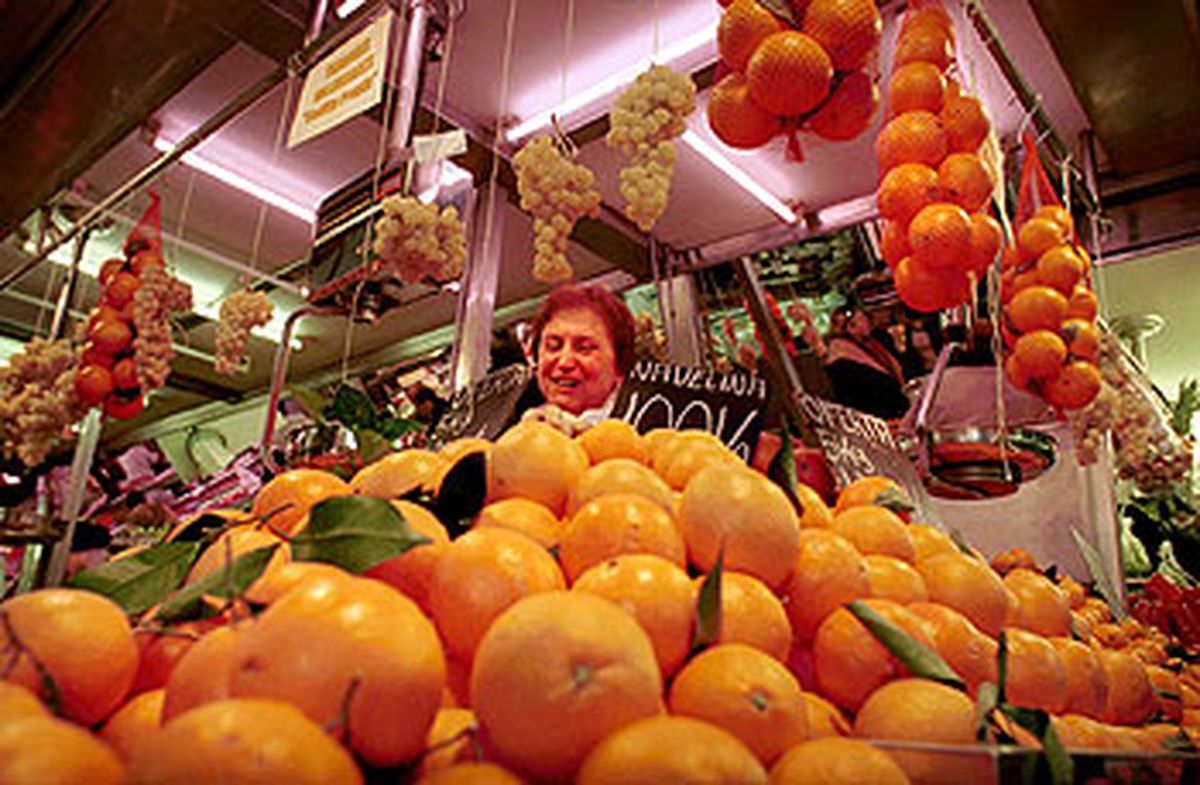 Every greengrocer knows that the best way to pack oranges into a small space, the so-called sphere packing problem, is to use them to form a pyramid with each orange layer sitting on the holes in the bottom layer. But of all the possible arrangements of oranges, is this really the one that makes the best use of space? The problem, which is much more complex than it seems, was only solved 25 years ago and it took almost 20 years to verify that the answer was correct.

The problem was proposed by the famous scientist Johannes Kepler in 1611. He conjectured that in his two-dimensional version – which consists in determining the optimal way to place circles on a plane – an arrangement analogous to the pyramid in two dimensions – according to a hexagonal pattern – is the optimal one. Rigorous proof of this claim came in 1942 from the Hungarian mathematician László Fejes Tóth, who completed an incomplete proof by Axel Thue proposed in 1890.

The problem of three-dimensional spheres turned out to be even more difficult. It was only in 1998 that the American mathematician Thomas C. Hales published to show that the optimal packing of spheres in three dimensions is the one that follows the arrangement of pyramids. in his demo It also used some calculations made with computers, and proof that these calculations were correct has been deferred until 2014.

Mathematicians have also studied higher-dimensional packing, which also has applications in areas such as code correction. If we treat each message of (at most) 20 bits in length as a vertex of a 20-dimensional cube, we can use good 20-dimensional sphere packings to correct bad messages.

In particular, if we receive a message that doesn’t fit into our list of allowed messages – either because it doesn’t make sense or because we have a predefined list of messages that we think are allowed – it could mean that there has been an error in the communication channel and in such a case it would be nice to be able to correct it. To find out what the original message was, we can search for the message that most closely resembles the one we received, among all the allowed ones. To do this, simply compare distances in the 20-dimensional space of messages.

So if we have a good pack of high dimensional spheres, we can interpret them as valid messages that allow errors in communication to be corrected. The fact that they take up a small fraction of the storage space means that messages use as few bits as possible.

However, the problem of optimal packings in high dimensions – greater than three – remains an open problem: Only the optimal configurations in dimension eight and dimension 24 have been found.

The result in dimension eight was shown 2016 by the Ukrainian mathematician Maryna Viazovska, who was just doing her doctorate at the time. It is a very important milestone in recent mathematics, since its methods additionally greatly simplified those used by Hales to demonstrate the three-dimensional case. This is far from saying that the proof was easy: the work combines tools and techniques from Fourier analysis, number theory and the field of optimization. In addition, no arithmetic assistance was required for his proof.

With this release, Viazovska quickly became known worldwide and along with other collaborators solved the problem in dimension 24 a year later, adapting the methods already used in Dimension Eight. However, these methods do not seem to work for more dimensions without major modifications, and no one has achieved definitive results in any other dimension to date. For some of the other dimensions, some of the current estimates have turned out to be quite close to the optimum, but there is no complete evidence.

Will the sphere packing problem in another dimension be solved soon? This is already entering the realm of speculation. But we can be sure that, apart from the interest that the result can arouse, what is probably most remarkable about a proof in this sense is a deep new connection between different areas of mathematics – as was the case with Viazovska’s proof – , something that is always very desirable for opening new lines of research.

Paul Hidalgo Palencia He is a PhD researcher at ICMAT

Distress of the oceans: 142 countries are debating their rescue in Lisbon