Matallanas: “Tebas intends to intoxicate the media to intimidate the authorities” 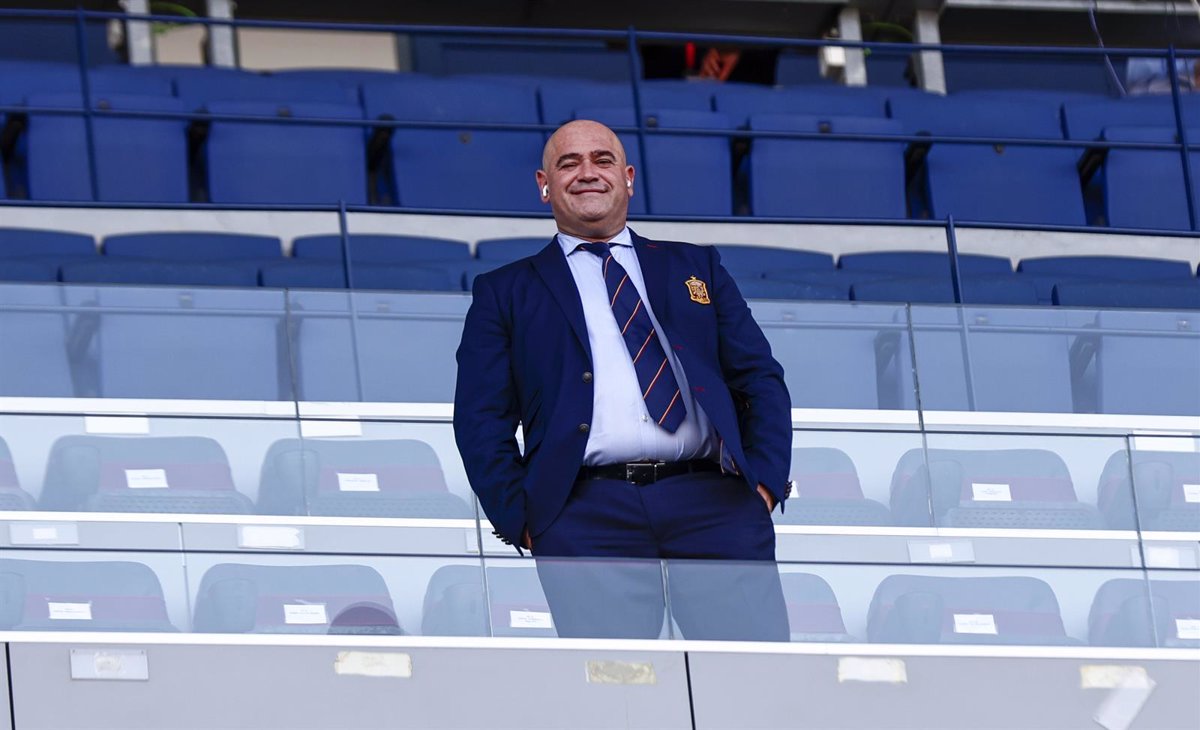 Royal Spanish Football Federation (RFEF) spokesman Javier Gómez Matallanas has asserted that LaLiga President Javier Tebas’ allegations of corruption against members of the RFEF are intended to “camouflage his mismanagement” and “intoxicate the media”. and try to “intimidate the authorities”, and has stated that “it doesn’t meet the requirements” and that it therefore creates “controversies and wars”.

“We answer him where we have to answer him: with the instruments of the rule of law, defending ourselves in court and denouncing these clear irregularities and not falsified stories like him. We don’t want to be at his tension level, but.” We go out whenever it’s necessary. We are a transparent entity that communicates the truth, not like him that gets tangled up to see if something sticks,” he said in an interview with Europa Press.

However, he believes this “tension” creates “a very logical fatigue in society”. “It puts us all in the same bag and damages the image of football as a whole. The RFEF is there to watch over football, not to be a man with protagonist syndrome going delusional. And Luis Rubiales is himself aware of that.” Tebas is not going to drag the RFEF or its President into the mud he likes to be in. As much as he wants to, he won’t break our usual tone, firm but respectful, without resorting to provocation or verbal violence. As many times as you repeat these things, they are still wrong. With us you will only find public indifference and the timely answers where they should be given,” he said.

So they will answer “simply with the truth”. “And where we should and can expect it. Because we have to keep in mind that Tebas, with funds from the National Professional Football League (we don’t know if with the support of the clubs), as the preferred partner of many media, is due to the advertising expenses and the agreements with these media, which it uses for its own interests. There is indeed a major governance problem here, because every year she invests tens of millions in media that later help her with smear campaigns. This behavior is not exactly exemplary,” he said.

“That’s why it gets the media exposure it gets. But even if it has a lot of projection, its message is still wrong. It can get through to those who don’t know the background, or it can create a sea of ​​social background in the yellowest of journalism. But in the world of football we all know who is one and who is the other. The world of football knows what Luis Rubiales has done for the most humble and also to promote competitions that have gone beyond our borders, half dead or that have not generated interest or revenue,” he continued.

In this sense, the federation’s spokesman believes that if Spain has the opportunity to host the 2030 World Cup, it will be “thanks” to Rubiales’ “management”. “If, thanks to the financial support of the RFEF, the most humble clubs have been able to get ahead in our country’s most difficult period, it is also because Luis Rubiales has this sensitivity. The numbers sing. And when Luis gets something between his.” Eyebrows and eyebrows, he succeeds. Now he is preparing a very important visit to Lisbon to further promote the candidacy for the 2030 World Cup together with Fernando Gomes and the Portuguese FA. This project could generate around 30,000 million euros for our countries. That fights for football and for Spain. What Tebas is doing is impregnating everything with excitement and belittling football,” he said.

Regarding Tebas’ allegations of corruption against members of the RFEF, Matallanas warned that “there will be consequences”. “He speaks of an untruth, a big lie, like most of what he says. He mentions such a serious concept as ‘corruption’ and doesn’t provide a single piece of information because he can’t. He demands the disqualification without any legal basis because some who are in his service have done the groundwork to bring empty complaints to the CSD.Without endorsement or any content.Only the constant pressure and media chaos he creates.He intends to intoxicating the media into conducting a rigged public trial against the RFEF, thereby intimidating the authorities. Faced with this, the RFEF will act in the appropriate offices to see this conspiracy carried out to the end and justice served,” he said.

In addition, he described these actions as “a pure smoke screen”. “It does him good to camouflage his bad management: the poor results in sales of TV so fateful that he reaps; or the CVC problem that will end up exploding in his hands… He faces the management of Luis Rubiales at the helm of the most economically successful RFEF in history and tries to launch baseless bogus statements Tebas is annoyed that Rubiales managed to taking the RFEF from just over 140 million budget in four years to surpassing 400 in the worst period in history with the pandemic in between. Luis Rubiales is a football manager at the highest level,” he said.

In a different order, he deplored the media exposure of Rubiales’ cell phone private footage. “Anyone imagine what their life would be like if an unscrupulous person had access to everything on their phone? An acquaintance told me that if this happened to him, he would lose his job, his friends, and maybe even his family and wife… Who could take such a display of their intimacy? Well, Luis Rubiales, in this situation, they could him didn’t really get them into trouble, nor did they show a single illegality. They could only manipulate, nothing more,” he stressed.

“The only thing that is illegal here is stealing information made from Luis Rubiales’ phone and then making it public. But also, as I said, there are manipulations, lies and even videos and audios recorded by others such as his own uncle who was his right hand man who cheated on him and took the opportunity to do Luis things that he did or that weren’t even on Luis’ cell phone, or sent the tickets to a media outlet that crossed out his name and that of another RFEF colleague to give the false impression that Luis was with went to New York with a girl instead of with people from his cabinet, which was the reality, and everything, according to Tebas, after receiving his advice “Very dirty and vile, but at the same time very crude. These two examples are just a small one Part. Everything will be known,” he assured.

Finally, Matallanas showed his “confidence” that “the truth will come out.” “The RFEF will not waste time in sterile and violent combat. But I want to make it clear that there is no such thing as a football war: there is only one character who does not compete and who, in order to justify himself, always causes controversy and wars. Everybody knows him in football. The 42 clubs that make up the National Professional Football League also want that her collaborator Javier Tebas ended the spiral of inflammatory statements and tweets, it is something necessary for the good of Spanish football because he is president of a federation to which he belongs The RFEF cannot constantly attack and plot against the RFEF itself. We will continue to look firmly to the good of football, in positive matters like the 2030 World Cup. Time and justice will put everyone in their place,” finished.