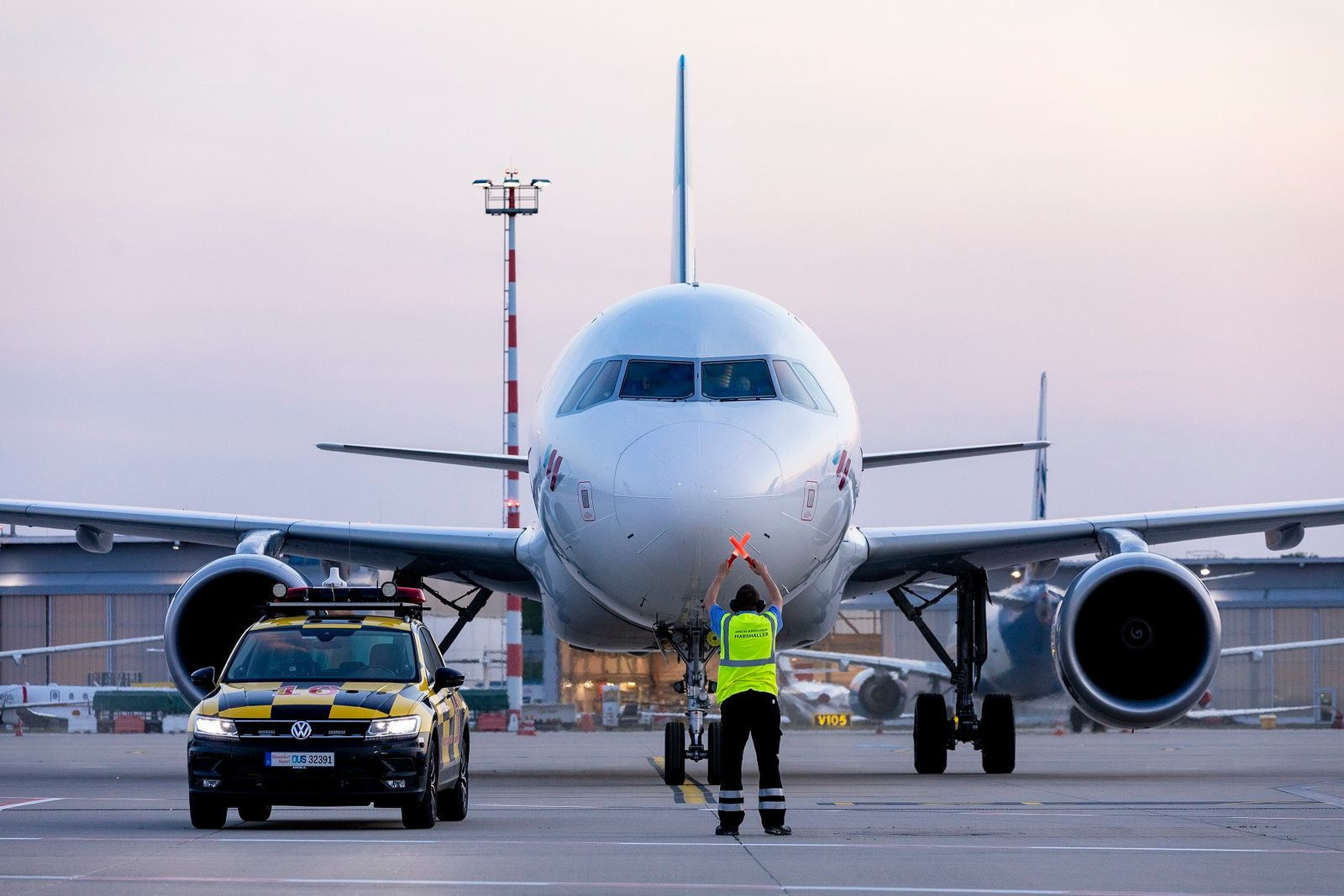 DÜSSELDORF – Due to personnel problems, the airline Lufthansa Eurowings has once again canceled numerous routes at the two largest airports in North Rhine-Westphalia. Lufthansa also canceled many flights again. The atmosphere at the gates is sometimes very busy.

As can be seen on the Düsseldorf Airport website, ten departures were canceled on Tuesday and therefore around one in nine Eurowings starts there.

For example, flights to Berlin, Budapest, Vienna and Nice were affected. The airline also took out the red pencil at Cologne/Bonn airport and canceled some routes, including flights to Zurich, Munich and Zagreb. Travelers can expect further cancellations in the coming days.

One of the reasons for the cancellations is the high number of sick days among the airline’s workforce. A Eurowings spokeswoman said the increase in corona infections was not spared.

“The surprising cancellations exceeded our reserves for a short time, which is why we unfortunately were unable to operate some flights.” Eurowings regrets the inconvenience caused and is trying to “provide all affected passengers with an alternative solution as soon as possible and pay compensation if the conditions are met”.

After the end of the corona restrictions, the aviation industry is going through a difficult phase. On the one hand, there is a lack of personnel for security checks, which leads to long waiting times and resentment among travelers. In addition, many industrial employees have sought other jobs during the pandemic in order to no longer be on short-time work.

The Eurowings spokeswoman spoke of “industrial challenges”. The entire aviation industry has lost 150,000 employees across Europe since Corona. “Although staff are being recruited everywhere at record speed, sudden traffic spikes cannot yet be fully covered.”

Lufthansa is also currently suffering from flight cancellations, some of them short-term. According to information from aero.de, the airline canceled around 80 flights on Monday after dozens of routes were also canceled over the weekend.

Passenger anger hits check-in and boarding staff. According to information from aero.de, in some cases ground workers had to be escorted through the terminal by factory security or the federal police to be on the safe side.