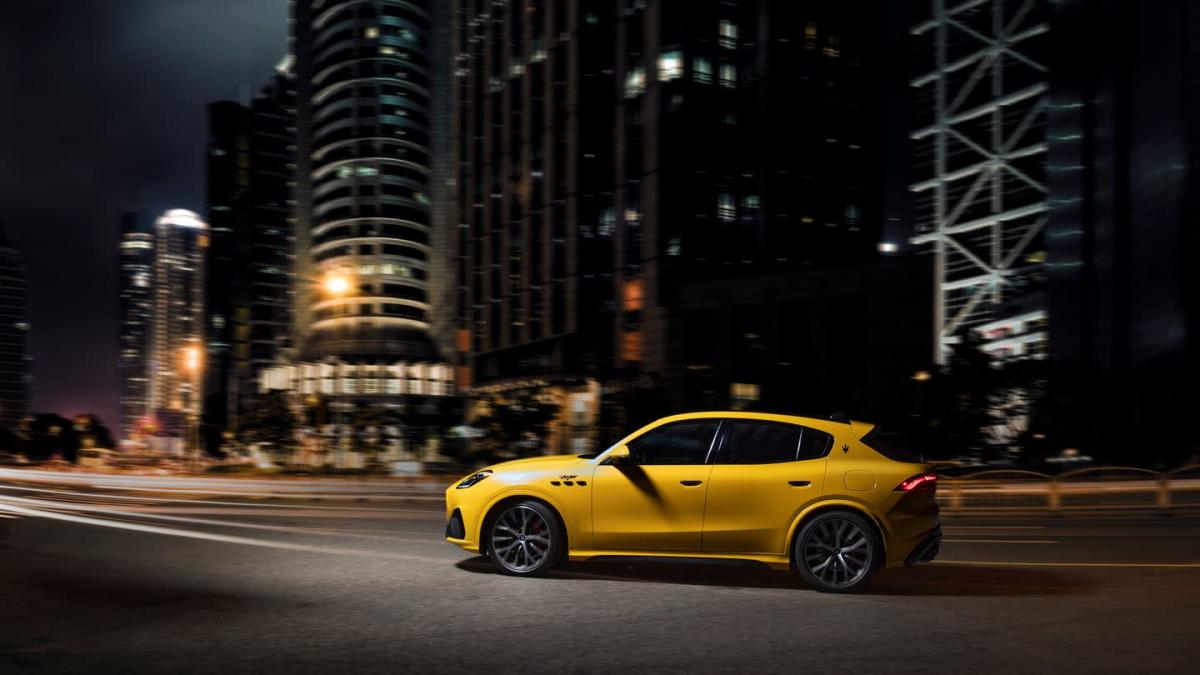 Milan (dpa/tmn) – Maserati is giving the Levante a little brother and will market the Grecale as a second SUV starting in the fall. As announced by the manufacturer at the presentation in Milan, the prices of competing cars such as the Porsche Macan, the BMW X4 or the Mercedes GLC start at 71,520 euros. There is an approximately 4.90 meter long SUV, which is technically very closely related to the Jeep Grand Cherokee and Alfa Stelvio, but has been completely redesigned.

On the outside it has the look of the MC20 supercar, inside there are big screens and the Alexa voice assistant. The Italians even sacrificed the mechanical clock in the cockpit for a smartwatch and the gear selector for a few switches.

In addition to the new operating concept, the Maserati wants to score with a lot of space, such as rear legroom, storage space or the 570-litre boot volume. Units start with a 2.0-liter four-cylinder. The engine, which is equipped with mild hybrid technology, has an output of 221 kW/300 hp or 243 kW/330 hp, depending on the version, and allows a top speed of up to 240 km/h.

Alternatively, there is the Grecale Trofeo with the V6 engine from the MC20 supercar for prices starting at €111,000. It extracts 390 kW/530 hp from a displacement of 3.0 liters and accelerates the SUV up to 285 km/h.

Another version is planned for 2023

According to Maserati, the consumption of the four-cylinder is a maximum of 9.2 liters (CO2 emissions: 198 g/km) and the V6 of 11.2 liters (254 g/km). As that alone doesn’t seem viable for the future, the Italians also have an alternative up their sleeve: they have already announced the Grecale as a fully electric SUV for next year.