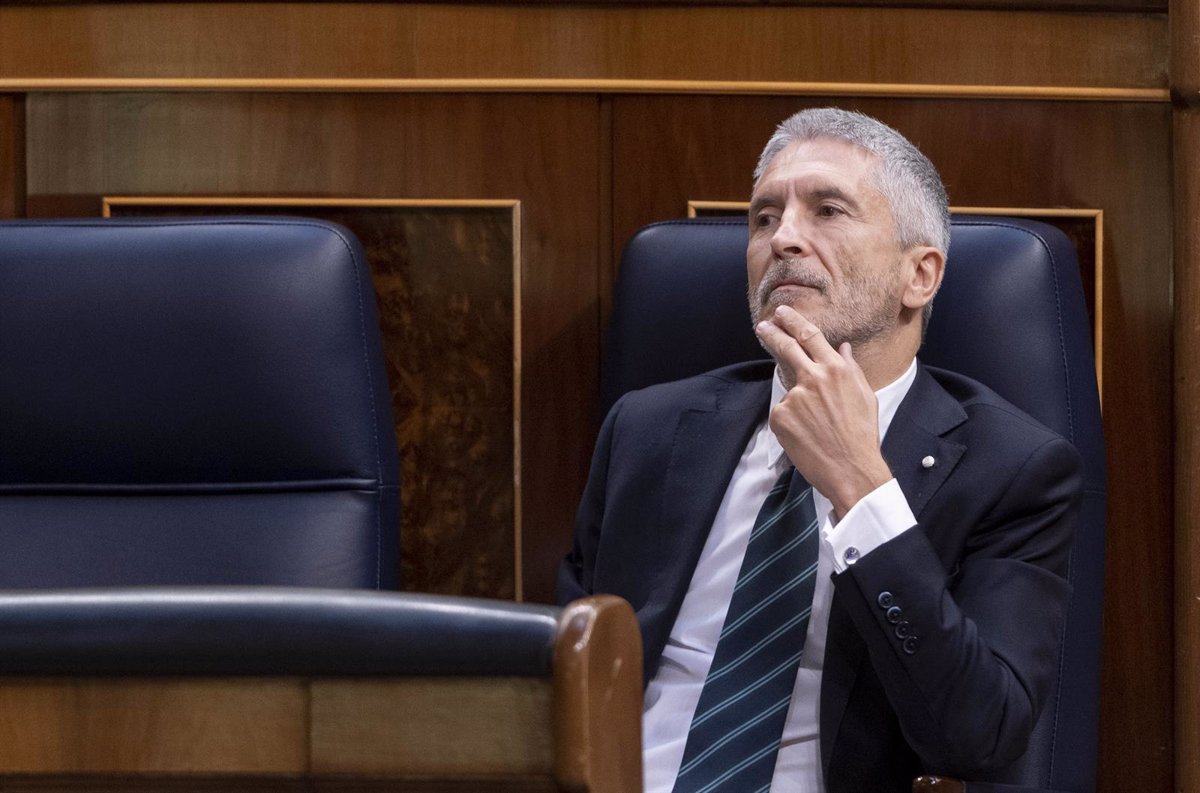 Interior Minister Fernando Grande-Marlaska has defended that the government is working “effectively and directly” and that it will apply “all the necessary measures and means” to prevent, fight and recover from forest fires, but he recalled that the responsibility for management of this emergency is regional in nature.

Marlaska recalled in the plenary session of the Chamber of Deputies that two-thirds of the funds used to extinguish the fires that are now affecting much of the peninsula are state-owned, although central and direct administration has focused on the areas of autonomous governments .

“From the beginning, the government has provided the necessary and precise elements for the struggle because we are all one and coordinate from the national and civil protection system,” he stressed.

However, the minister has not clarified to EH-Bildu MP Isabel Pozueta whether the government will declare Navarre a “disaster zone” – currently an area seriously affected by a civil protection plan – as requested by the MP, but has assured that the government aids in prevention, response and repair.

Therefore, he added that from that precise moment, the affected areas can benefit from the State aid for reparation and restitution provided by Royal Decree 307/2005. “We will take all the necessary and precise measures to respond, minimizing the results and facilitating the recovery,” affirmed the minister, who has defended that in emergencies “as important” as Filomena, various DANAS, other forest fires ” was proven” and the volcano of La Palma.

“Do not doubt that this is our prerogative, but let’s not forget that we are talking about an emergency of regional interest,” he added.

The MP from EH-Bildu complained that Navarre was on fire, the fires spread over thousands of hectares and affected more than 15 towns whose residents were evacuated. “It is a dramatic situation that we Navarrese follow with great concern, as do other areas suffering from this situation,” he explained.

Punzueta has praised the work of civil defense and firefighters, volunteers and services from other areas who are focused on putting out the fires.

“We thank them all, we want to recognize and thank them for the enormous efforts and sacrifices they are making for all of us and for our country,” he said.

The MP has smeared the government for its “lack of foresight” as it announced the plan to prevent and combat wildfires in 2022, “in June, after a heat wave and amid a wave of fires, only on 21”.

In this regard, he has called on the government to change its “priorities in the face of this climatic emergency” in the face of a period of increasing, more aggressive, more frequent and devastating fires due to climate change. His proposal to Marlaska suggests that instead of increasing military and police spending, investment in prevention and civil defense should be increased.

In his speech, Punzueta called on the government not only to declare Navarre a disaster area “immediately” at the next Council of Ministers, but also to “not last” the aid, since the citizens of Navarre expect quick and effective answers.

For its part, Grande-Marlaska has expressed its solidarity with all the people affected by the serious fires not only in Navarre, but also in Catalonia, Castile and León, Aragón, the Valencian Community and Andalusia.