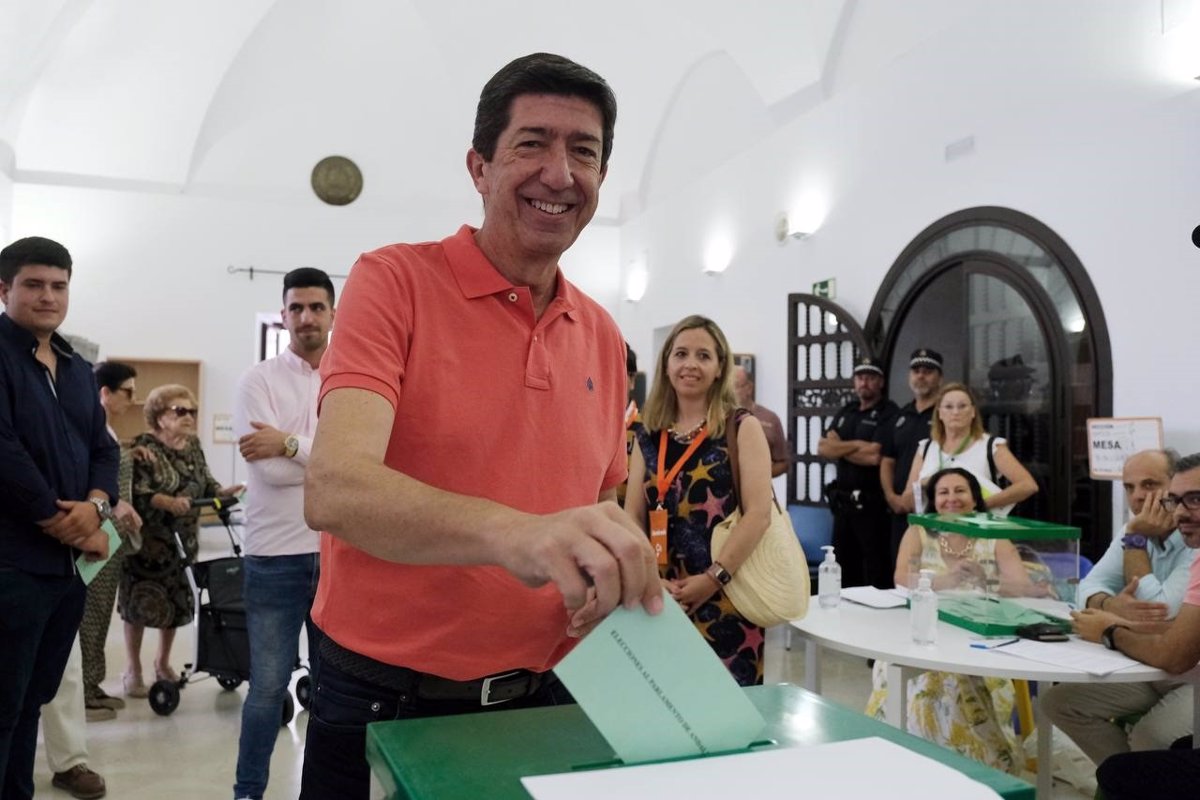 
The Cs candidate for the presidency of the Board of Directors in this Sunday’s elections, Juan Marín, votes in Sanlúcar de Barrameda (Cádiz). – CITIZENS

The candidate of Cs for the presidency of the board in the elections to the Andalusian Parliament and vice-president of the Andalusian government, Juan Marín, after exercising his right to vote this Sunday, has assured that “people are very eager to support this government further”.

“The sensations are good,” claimed Marín in his statements to the media, appealing to the fact that “there is a lot of atmosphere” and glimpsing that “people seem to want these government persists”.

For his party, Marín pointed to the possibility of a “very good result” with the prognosis that “we will be able to reorganize this government”, with the nuance “I don’t know the ratio”, although he is convinced “that we will have a faction.

“We’ll be working for the Andalusians for another four years, that’s what the street tells me,” the Cs candidate and vice-president riveted his statement on the expectations of the day.

The Cs candidate and vice-president, who “wished luck to all the candidates” on what he calls a “historic day in Andalusia”, has expressed his wish for voters to “know the value of the work done”. , referring to the coalition government of PP and Cs, at the same time it has indicated its intention that “the polls reconfirm this government of PP and Cs, to be able to continue working tomorrow from eight and not put Andalusia in another mess, in Revolt”.

Marín, who went to the polls accompanied by his two sons, has claimed that “I got involved in this for them so that they have opportunities and a future in their country,” while giving a report on the information , which the adviser to the Presidium and spokesman for the government, Elías Bendodo, told him about “the great news” that “people are going to vote” and the constitution of just over 99% of the turnout stations with “total normality”.

- Advertisement -
Share
Facebook
Twitter
Pinterest
WhatsApp
Previous articleThe government plans to approve the preliminary draft of the Organic Law of the University System (LOSU) this Tuesday.
Next articleThe State Employment Foundation wasted 25% of its training funds due to disagreements between social representatives