Mariano Alameda: “It took me years to get rid of Íñigo” 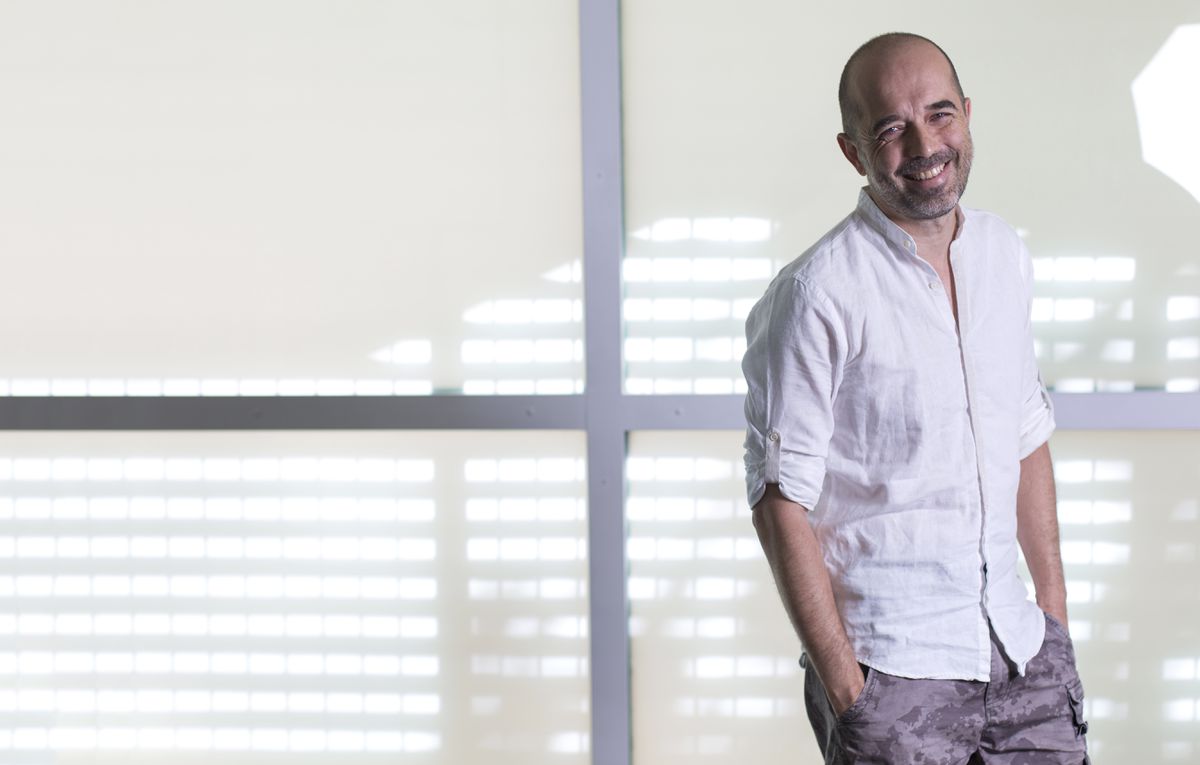 Mid 2000s, Varanasi, India, six o’clock in the morning. Mariano Alameda – lotus flower pose and a splash of color on his forehead – meditates as dawn breaks on the banks of the Ganges. “Inigo! It’s Inigo!” Some Spanish tourists shout the name of their character in the ’90s series from a barge After the lesson. “I was really pissed off and I realized that changing the scene, running away, wasn’t enough; I had to change…inside.” Alameda tells it with the smiling ease of an anecdote, not the weight of an epiphany. And yet, after more than a decade in television, film and many theater roles, in 2010 he gave up his career as an actor to pursue his career full-time nagual center, where he teaches yoga classes and self-discovery sessions in a residential neighborhood in Madrid. He has just published his first illustrated book, The Teachings of the Zen Dog (Kyrie Publishing), in which he tells in the form of “little haikus” how his “natural teacher” taught him to lose the fear of death, “to be authentic” and “to be in the present” during endless walks through La Pedriza. he executor admits “addicted”.

Questions. At 50 and without bangs. Do you still recognize him as the flirt of this series?

Answer. Luckily almost never. I was a neighborhood boy with no one looking at me and suddenly I had excited crowds outside the hotel door. It took me years to get rid of Íñigo and feel the pleasure of anonymity. I don’t want to go back to this madness. I didn’t want to go to TV specials or programs like what happened? I’ve given very few interviews since I quit.

Questions. He says I’ll give one.

Answer. I have a little book that I find very useful. there are so many perretes and many people who love them. It can be helpful to process the grief of the loss.

Questions. What happened to Zen?

Answer. He died five months ago at the age of 16. Since I was a puppy I took him to the movies, he slept in the dressing rooms of the theater, I took him on tour in a trailer. In the end he was very ill, we had to choose between the worst and the worst: see him having a bad time or say goodbye. It’s a terrible decision. The loss of such a partner is like the grief of a first-degree relative.

Questions. People usually adopt someone else.

Answer. You don’t have to suppress the pain, you have to accept the loss, cry what you have to cry, understand the impermanence of things. Does a nail drive out another nail? Well no. When the job is done I think I’ll adopt a few, I even have names: Sam Y frodo.

Questions. sign of Lord of the Rings… Did it cost you to quit acting?

Answer. It didn’t cost me anything. I didn’t enjoy it anymore. I went to work angry. In my last years as an actor I was much more interested in yoga, self-discovery or traveling to learn about the great traditions of the world.

Questions. where did you go to meet

Answer. I’ve traveled a lot between series and features. I had money, I took my backpack, and I went to learn the truths of each culture. Pecked: I was in India and learned yoga; at a Zen monastery in Japan; in Tibet and Nepal through the tantric path and Buddhism; and in the Amazon studying shamanic life.

Questions. His center is called Nagual, I understand that in reference to the shaman who transforms into an animal in the work of Carlos Castaneda, a controversial author who was an anthropologist for some and a con artist for others.

Answer. Rodolfo Sancho recommended Castaneda to me when I told him about my way of seeing the world. To me, his books are novels in which he mixes things from different cultures. The first, more centered; in the last the ball goes a little.

Questions. Like him, have you tried initiation drugs on your travels?

Answer. Especially with the Shuar tribe in the Amazon. But it comes with a lot of risk, it’s not for everyone. I always say, “I would do it, but I don’t recommend it”. And it is important to emphasize that this must be done in a structured manner, with the necessary vigilance and in the right environment.

Questions. How about weekend retreats to drink peyote or ayahuasca?

Answer. Well, just like caving in a cave underwater, you may well cut it or die. You have to be very well equipped, have an experienced guide and take the risk. There are hospital studies showing that entheogens [plantas con propiedades psicoactivas] They can even be useful in some therapeutic processes, but they can also cause psychotic breakdown and drive you crazy if you get lost in the maze. When I realized in the Amazon that I don’t want to be a shaman and in the Zen monastery that I didn’t want to be a monk.

Questions. Too many victims?

Answer. It is boring. Everything was very rigid and normative. I realized that I am a Mediterranean actor more used to the life of Zorba than Buddha. It’s not my role.

Questions. He developed his own technique karma tree, to “access the higher levels of transpersonal consciousness,” according to its website, through a questionnaire of about 100 questions. Which is the first?

Answer. What is your father’s name? My technique combines the wisdom of Karma Yoga with the analysis that actors perform to know where their characters’ behavior is coming from. As I acted, I began to apply these dramatic art techniques in my personal process. I realized that we all actually build a character, which is the structure of the ego.

Questions. On its website it states that it is not a therapy.

Answer. Don’t confuse the personal development, the evolutionary, with the therapeutic. If someone needs psychological or psychiatric treatment, we refer them. I have a yoga academy, we mainly teach hatha, physical yoga for the people in the neighborhood. But yoga also has deeper practices that were developed millennia ago and are extraordinarily useful for everyday life.

Questions. are you happier now

Answer. Much more. With self-awareness, your life is more real, your behavior more natural. You acquire more “discernment,” as Yoga says.

Questions. Something will be missing from his past life.

Answer. I really liked the acting and the social world, the actors are super funny people, very emotional, at the same time frivolous and very deep, fast and brilliant. you laugh a lot But I hated what surrounded the profession: the politics, doing corridors, having to be there, being seen, going to parties, interacting with me, I don’t know who to get for roles… Now my actor friends tell me it Worse still, they hire you based on the followers you have on Instagram. We always say it, thank goodness there weren’t any networks in those first series, imagine that to hate!

Questions. But there are hardly any interviews with him on the Internet from those years.

Answer. Well I did about 14 covers of it great popmaybe my mother or grandmother has incunabula.