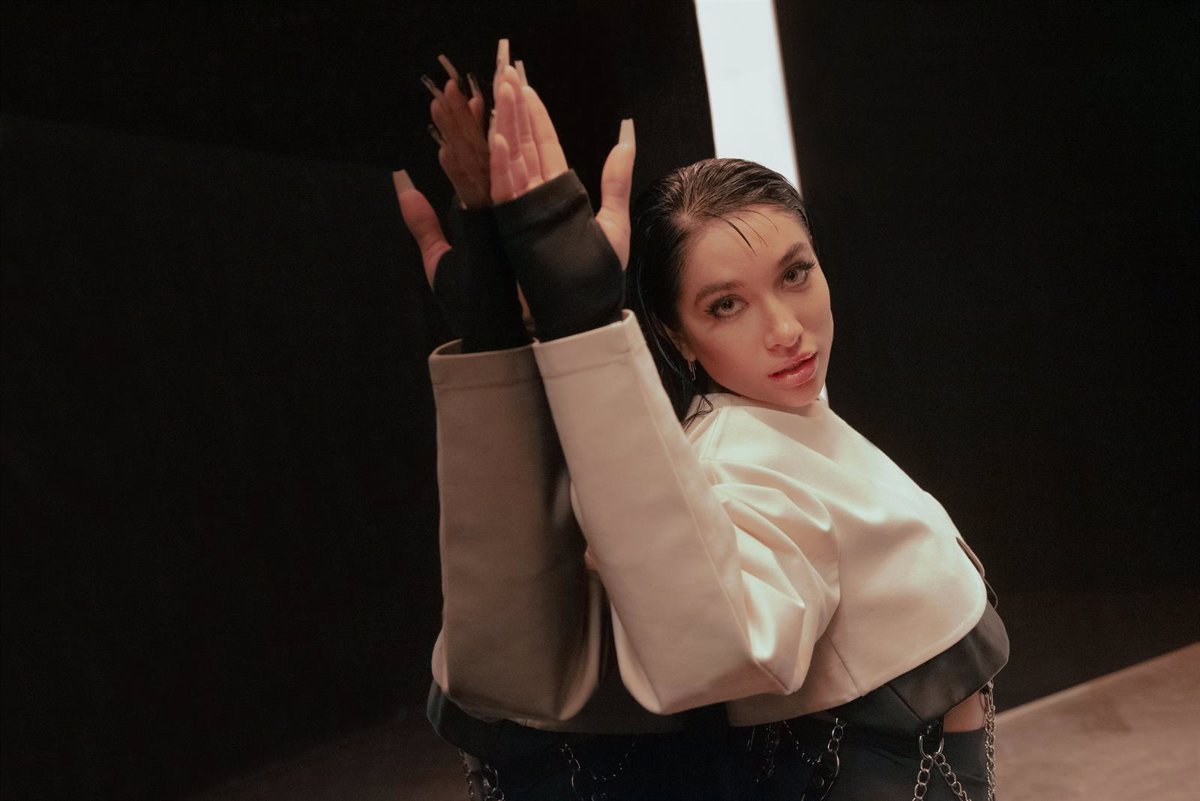 The Argentine artist will tour Spain with nine dates, including Madrid and Barcelona

Argentinian artist María Becerra (Argentina, 2000) arrives in Spain with a “deluxe” version of her Animal Tour, ending the stage with her first album and heading towards the release of her second album, La nena de Argentina, later this year ‘ which will continue to reflect her personal and professional growth as she aspires to become an international figure of Shakira’s stature.

“I want to be like Shakira, reach the place she’s reached, reach her career and recognition level: a globally recognized Latin American artist who sings in Spanish but is heard in the United States,” says Becerra, one of the greatest exponents of the urban genre today, in an interview with Europa Press.

Becerra, who went from being a “youtuber” to a nomination for Best New Artist at the 2021 Latin Grammys, also sees the Colombian singer as an example of the “impeccable” career and “respect” she’s garnered, according to who will go the same way. “I wouldn’t be interested in getting into that position if I had bad things behind me, I want to get into that calm, happy position, be respected and get along with my peers,” she assures.

That very camaraderie he claims is one of the “keys” to the triumph of the generation of Argentine urban artists triumphing on the music charts, he says. According to Spotify, the South American country’s artists in Spain have grown by 346% in the last three years, with Becerra being among the crowd favourites.

For the artist, the triumph of her and her colleagues is due to their “generosity, empathy and sisterhood”. “There is a lot of camaraderie and we work together among women. There is no more competition. That helped us a lot, that above all we are friends, love each other, respect each other and want music to grow in the country,” emphasizes the young woman, to underline: “The ego didn’t eat us.”

Despite the fact that these talents follow this line, Becerra regrets that the media and society at this time continue to try to force them to compete, particularly women, whom he attributes to “morbidity.” Although he admits that the comparisons are “something semi-human,” he criticizes that there is a tendency toward toxicity in female artists.

“For example, I don’t see people comparing Duki and Paulo (Londra), two sizes from here (Argentina),” he explains by way of example, to emphasize that comparisons are also more likely to be made via body type in the case of women: “The talk about who’s prettier or has more curves. They only do that to us.”

Those comparisons are a form of machismo that Becerra has suffered from ever since she entered the urban genre music industry, an industry in which women play a huge role today, unlike just a few years ago. “I would like to thank the colleagues who have walked a path for all of us, have stood up and asserted their rights,” celebrates the Argentine singer, who, however, warns that there are always sexist situations, for example at awards , where women still have their own section: “Some have the category Best Song of the Year and others the category Best Female Song of the Year. I want to compete with men, with everyone, because I’m their equal.”

In this context, it also highlights the empowerment of women in genres such as reggaeton when it comes to speaking freely about their sexuality. “I love writing about love, sex and fantasies,” he explains.

MATURE IN HIS NEW ALBUM

These and other themes will be addressed in her second album, La nena de Argentina, due out later this year, which will show “a clear maturity” in the artist. “I feel like I’ve grown a lot in many aspects because of all the things I’ve had to go through and the responsibilities I have. You have to mature a lot to face it all and do it healthily, so many things don’t overwhelm you,” he explains.

Therefore, he assures that his new work will be “very personal”, with a “more mature and metaphorical” composition, as well as “diversity” since it will include styles such as bachata, pop, ballads or cumbia, as well as reggaeton. In this album, Becerra will take another step by only recording solo songs after a period of launching many collaborations: “I think it’s time that people know my solo music, my essence and hear what I do have to say. to give and to sing”.

“Going to therapy saved me”

As he prepares to launch this new project, Becerra also deals with public relations. In this context, she emphasizes that going to therapy is the key for her: “Going to therapy saved me, terrible things happen when you have an exposed life,” she says.

Comments about her or her personal life on spaces such as social networks caused her a lot of fear and even panic to take to the streets. “All of this affects us very much, we are very boys and girls. Really open the phone and read that they say something about you like they know you and see that this tweet has 50,000 ‘likes’ that 50,000 people agree and none of them know you either, it is terrible,” he laments.

“Sometimes people want to talk, to invent. Unfortunately, sometimes you’d like to go out and defend yourself, go out and say ‘It wasn’t like that, that’s a lie, what they say was made up, that never happened’ or things for style… But sometimes you can do that too not because talking causes too much fuss and you want them to stop, stop talking about you, stop making things up, stop wanting to harm you, want to harm you,” he adds. In that sense, emphasizes her how important it is for her to be surrounded by friends, family and a psychologist.

Despite everything, he says that in his career “the good outweighs the bad”: “I’m doing something I love and there’s nothing like it. I can’t imagine doing anything else,” he says. And with that, he will continue with his tour in Spain in the coming weeks. And so Becerra will begin his Animal Tour Spain 2022, a nine-date tour that will see him in Barcelona (September 29), Granada (September 30), Malaga (October 1), Seville (October 8) and Madrid will stop (9 October), Murcia (11 October), Valencia (12 October), Bilbao (14 October) and A Coruña (15 October).

Excited about this, she is sure that she will find a “very nice” and “sweet” audience, like those she received at other concerts in 2022: “People in Spain seemed to me to be very loving, even from the point of respect for a photo to ask are respectful”.

Previous articleMagdalena Andersson resigns as Swedish Prime Minister after admitting defeat in elections
Next articleDisruption at DAZN? So you can always follow the Champions League live