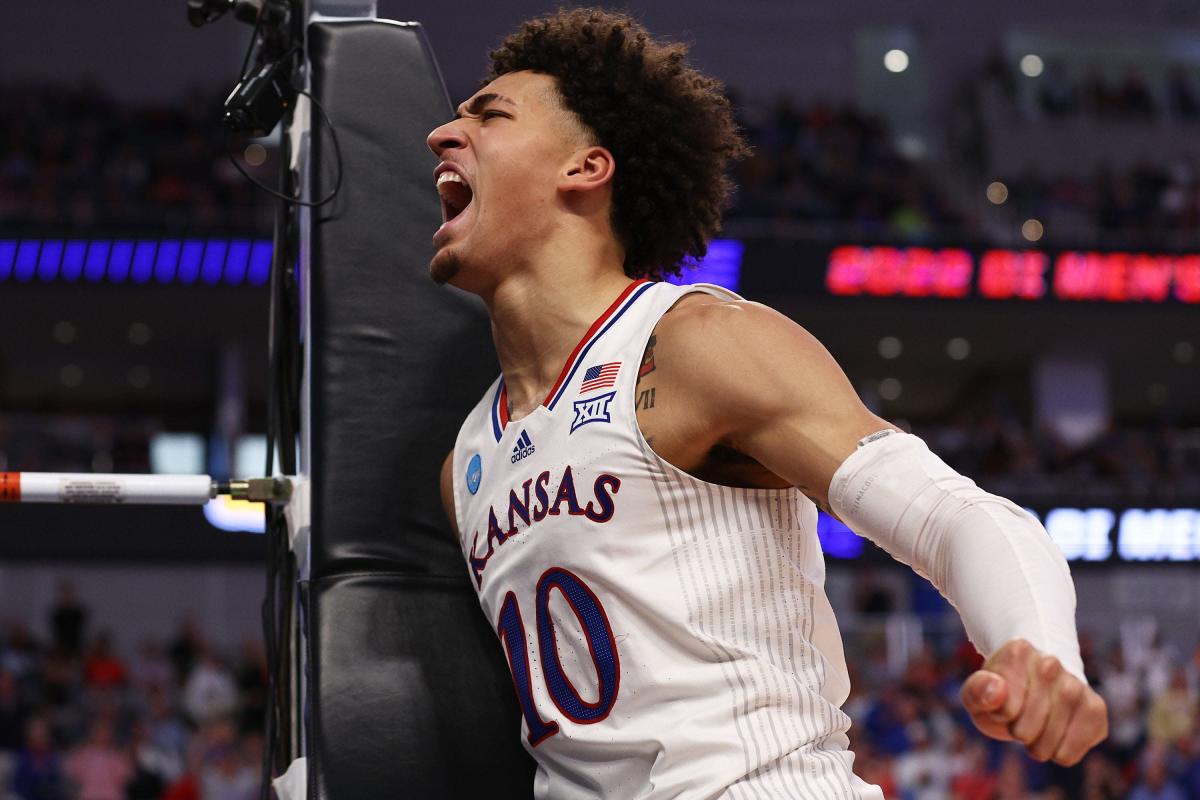 The second round of the NCAA Men’s Tournament got off to an exciting start on Saturday, with one No. 1 seed falling and another barely avoiding an upset.

North Carolina built a 25-point lead against No. 1 Baylor, only to see it fade play-by-play in the final 10 minutes of the game, before the defending national champions finally forced overtime. UNC showed their determination by gutting him in the extra frame to advance to the Sweet 16.

“I’m so proud of these guys,” UNC coach Hubert Davis said afterward. “This is a group that shows toughness, resilience. One of the things I wanted them to do was have their own testaments, their own March Madness moments.”

Kansas avoided a similar fate by making key plays down the stretch to send Creighton home. Michigan showed what a blanket offer can do for a show, upsetting Tennessee to make the Sweet 16, just a week after being a bubble team and not sure if they’d hear their name on Selection Sunday.

A look at all the winners and losers from Saturday’s game list.

The Tar Heels were exhaling after nearly blowing a 25-point lead in their 93-86 overtime victory against Baylor. While much of the story will focus on the Bears’ comeback — nearly the biggest comeback in NCAA Tournament history — there are two things to watch out for from Coach Hubert Davis’s team: determination to win in overtime and how amazing the Tar Heels looked. the first 30 minutes of this game. If Brady Manek isn’t ejected for a flagrant foul, he may have continued to shoot 3-pointers and UNC could have won by 30-plus, against a No. 1 seed. North Carolina is the real deal this March, and this upset it’s a test.

The Jayhawks (30-6) won at the free throw line, shooting 19-for-20 (95%), dispatching No. 9 seed Creighton 79-72 to advance to the Sweet 16 in Chicago. That made the difference in a close game in which Creighton pulled within a point in the final minute. Coach Bill Self didn’t always use Arizona State transfer Remy Martin (20 points off the bench) all year, but Martin’s offensive flurry in the first half positioned KU to pull this off.

The No. 11-seeded Wolverines (19-14) got 27 points from 7-foot Hunter Dickinson, who played with determination to send Michigan to the Sweet 16 with a 76-68 win over Tennessee. Eli Brooks added 21 points and five assists in the win. Suddenly, a season of underperformance seems far away. After earning a No. 1 seed in last year’s NCAA Tournament behind Juwan Howard, this season saw Michigan stumble out of the Big Ten to barely break into the field. The Wolverines have undoubtedly made the most of their No. 11 seed now.

Trainer Ed Cooley knows a lot of people picked the Big East Friars champion in the first round against South Dakota State. After shedding that surprise offer, Providence looked utterly dominant in a 79-51 win over Richmond in their second-round matchup in the Midwest Region. The Friars (27-5) shot 12-of-22 (55%) from 3-point range while holding off the Spiders at 1-of-22 (5%).

Arguably the final 10 minutes of regulation were the most inspired basketball coach Scott Drew’s group played all season, wanting to return to tie the game at 80 in regulation and force overtime. However, after rallying from a 25-point deficit, with all the momentum going in the Bears’ favor, they shot 1-for-11 from the floor in overtime. That finish, coupled with the ugly start, showed that this Baylor team isn’t in the same stratosphere as last year’s national champion team. Still, Adam Flagler (27 points) James Akinjo (20 points), Matthew Mayer (10 points, three charges) and company fought in a way they should be proud of.

“Never underestimate the heart of a champion,” Drew said afterward, getting emotional. “You can lay your head on the pillow knowing you gave it your all. The perseverance you showed… We didn’t win on the court. But we won in life.”

The Volunteers (27-8) were heavily favored against No. 11 seed Michigan, which barely broke into the 68 field as a bubble team. But Tennessee wasn’t in its A game and shot just 2-for-18 (11%) from beyond the arc as Michigan pulled away to shock 76-68. This was perhaps coach Rick Barnes’ best chance to lead a Tennessee team to the Final Four, and not making it to the second weekend of the tournament after such a strong regular season serves as the definition of underachievement.

The Bluejays (23-12) had the Jayhawks on the ropes, but they collapsed on their last three possessions late in the game. Credit the Kansas defense for the Creighton loss and bad play at the critical time, but a key Trey Alexander fumble with 1:01 left proved more costly when the Bluejays were within striking distance (73-72). down). Freshman Arthur Kaluma (24 points, 12 rebounds) was excellent in the paint against KU and has a bright future ahead of him.