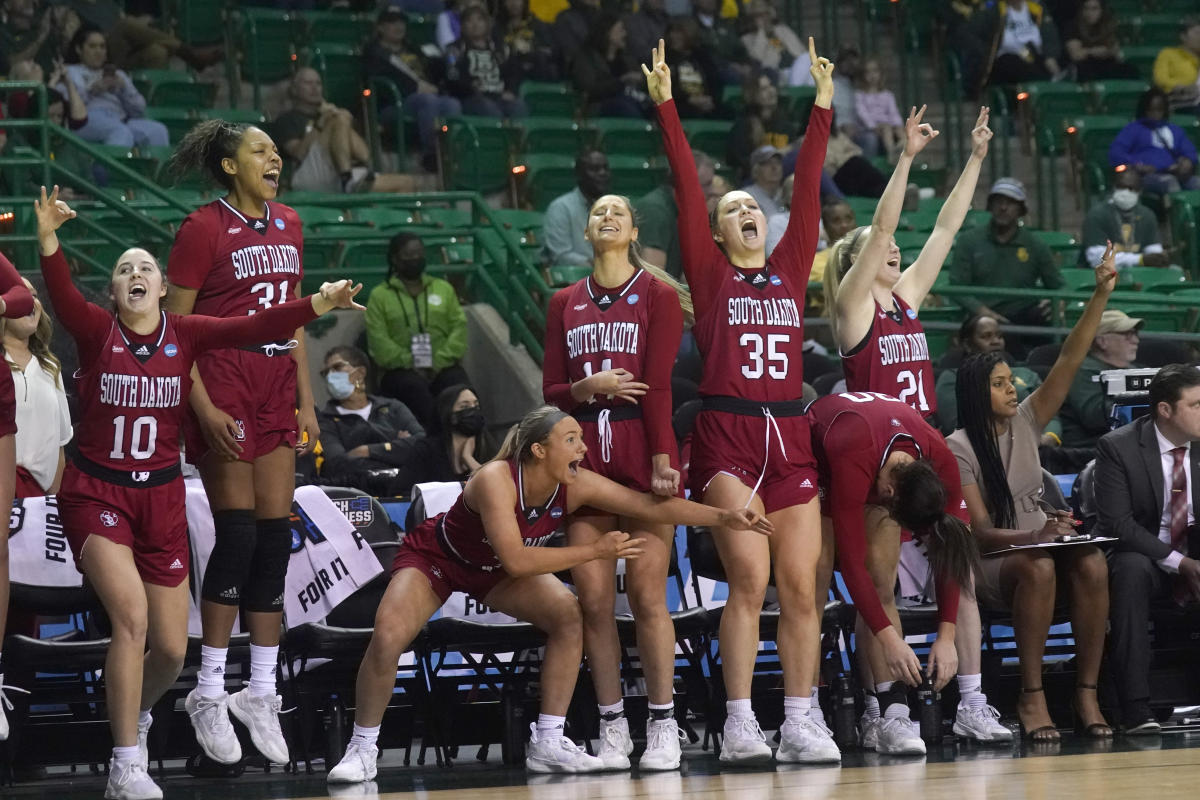 Another Final Four favorite is out of the NCAA women’s tournament field before the second weekend.

No. 10 South Dakota eliminated No. 2 Baylor, 61-47, on the Bears’ home court to advance to the Wichita region semifinal. It’s the Coyotes’ first Sweet 16 seed and was hardly in doubt after a 16-4 lead in one quarter.

The Coyotes, who beat No. 7 Ole Miss in the first round, have not been far behind in the tournament. They team up with Creighton, the 10th seed in the Greensboro region, to take down the 2nd seed. Creighton also used 3-pointers and a stiff defense to beat No. 2 Iowa on Sunday.

No. 2 Texas dominated in a win against seventh-seeded Utah to reach the Spokane regional semifinal and UConn will play No. 7 UCF on Monday night in the Bridgeport region.

Baylor trailed by double digits for much of the game and lacked urgency in the final three minutes after they reached seven. The Bears will miss the Sweet 16 for the first time in 14 years. His streak ends at 12. It’s his first season under head coach Nicki Collen, who replaced legendary Bears leader Kim Mulkey.

South Dakota controls from the tip

South Dakota took an 11-0 lead and made their first four shots, three from behind the arc, while the Bears turned it around 10 times. Baylor was never able to recover and scored a season-low four points in the first quarter. South Dakota led by 12 at halftime and held the same lead at halftime, 34-23.

Baylor forward NaLyssa Smith, the WNBA’s projected No. 1 pick by many, came close to a double-double but wasn’t as effective as usual. She had 10 points (4-for-10) with eight rebounds, two assists, a steal and a block. She averaged 22.4 points and 11.6 rebounds and heated up in the season finale as she made her way into the national player of the year discussion.