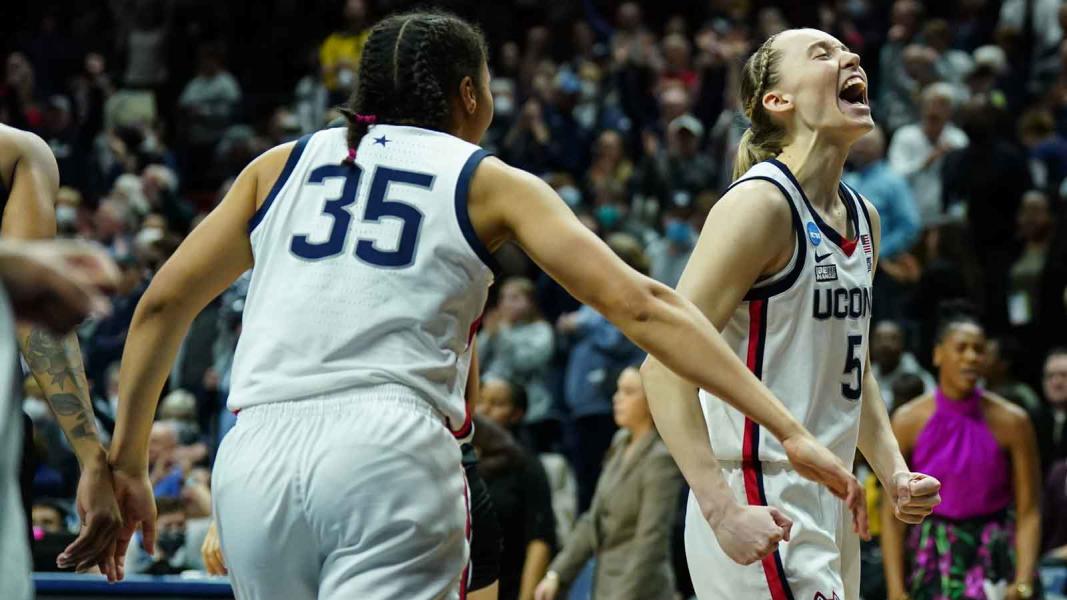 The Sweet 16 bracket is set for those who survived and advanced through the 2022 NCAA Women’s Basketball Tournament. Now they’ll get ready to hit the road for another slate of games later this week.

The first two rounds of the competition ended on Monday night and there was no shortage of upsets and blowouts throughout 52 games.

Five games were decided by single digits, including No. 1 Louisville’s nine-point win over No. 9 Gonzaga. For the 12th consecutive season, all four No. 1 seeds sailed to the Sweet 16.

The No. 2 seeds didn’t fare as well in the second round.

Creighton’s Lauren Jenson, a transfer from Iowa, sent the Hawkeyes packing Saturday in a thrilling upset. Just hours later, South Dakota beat Baylor 61-49, denying the Bears a Sweet 16 bid for the first time since 2008. Geno Auriemma and the No. 2 UConn Huskies narrowly avoided the same fate on Sunday, beating to the No. 7 UCF Knights 52–47.

Creighton and South Dakota, both No. 10 seeds, are making their Sweet 16 debuts at the Division I level. The Coyotes previously made four runs to the Division II Sweet 16. Double-digit seeds have only come to the Elite Eight twice in tournament history and both teams will have a chance to increase that number.

Competition resumes with the Sweet 16 on Friday and Saturday, followed by the Elite Eight on Sunday and Monday. The regional champions will meet in the Final Four on April 1 in Minneapolis to determine who will cut the nets.

Here’s a look at each team remaining in the tournament and their Sweet 16 matchup: