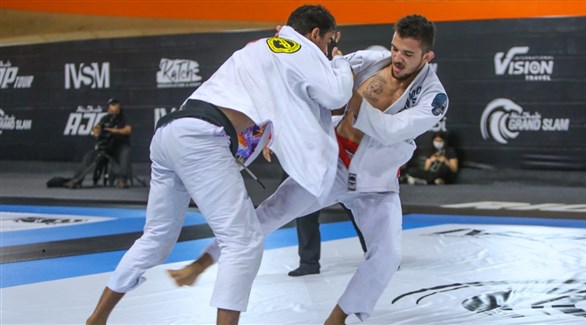 The Copper Box Hall in London will host the Abu Dhabi Grand Slam Jiu-Jitsu Tour, on March 19 and 20, organized by the Abu Dhabi Professional Jiu-Jitsu Association (AJP), with the participation of world elite players in the categories junior, professional and master categories, men and women.

The competitions on the first day will be dedicated to the blue, purple, brown and black belts, and to the juniors in the blue and purple categories. The first day will also be the “King of the Carpet” championship, which is the most important tournament and world famous for the world’s most outstanding players, since it was assigned in this round to middleweight stars. It will participate in six of the highest ranked players in the world: Charles Negromonte, Diego Ramalho, Tommy Langecker, Nathan Mendelson, Lucas Nascimento and Nathan Cheung.

This version is expected to consolidate the successes of the Grand Slam tours for the 2021-2022 season, which departed from Miami, to Moscow, then to Rio de Janeiro, to London, with the next stop in the capital, Abu Dhabi.

Tariq Al Bahri, Director General of the Abu Dhabi Professional Jiu-Jitsu Association, said: “With the Abu Dhabi Grand Slam Jiu-Jitsu Tour approaching in London, we would like to thank the President of the UAE and Asian Federations, First Vice President of the International Federation, Abdel Moneim Al Hashemi, for his great support to all our championships, and his tireless follow-up that drives us to achieve sustainable development in all the competitions and tournaments that we organize around the world, with more than 120 championships, for which Abu Dhabi has become the most important city in the world working on the development of the sport of jiu-jitsu, and the largest partner of the Asian and international federations to provide the best competitive environment.

We also thank all our local partners in the host cities of the Abu Dhabi Grand Slam Tours, which came into being with a bang in 2015, for staying and developing.

The London tour is a strong addition to the previous rounds of the tournament. There is no doubt that this season is important for us in the association, because it is the first in 2022 and the fourth in the season in general, and will see a great participation of the best classified in several countries of the world, and this indicates players’ growing confidence and association with the association’s competitions and their enthusiasm to participate in it to increase their point balance and gain more experience through players’ strong interaction with many different schools of Jiu-Jitsu in various countries of the world”.

And the Abu Dhabi Professional Jiu-Jitsu Association announced that the registration gate for the London Grand Slam tour will close on March 15, specifically at 23:59 Abu Dhabi time, and that the last few days have been Witnesses of the selection of the world’s professional players. registering to confirm their participation, including Diego Reyes, winner of the last three copies in the 62 kg featherweight, former carpet queen Gabriele Pisanha, who will play in the heavyweight 95 kg, and Francisco Jonas Andrade in the light 56 ​​kg. , and Luiz Paolo for the average weight 77 kg.

High turnout for registration is expected in the next few hours until the registration gate closes, especially as this round awards the first place winners 3000 qualifying points, which is one of the highest qualifying rounds. with Rio de Janeiro Grand Slam and Abu Dhabi.

The Abu Dhabi Grand Slam tours are one of the communication bridges between Abu Dhabi and the different capitals of the world, as they contribute to the publicity and promotion of the capital Abu Dhabi as the capital of world jiu-jitsu, and the largest developer. of this sport on several continents, since it informs all the countries of the world that participate in its competitions about the heritage and traditions of the UAE Tour and its civilizational contribution in the aspects of tolerance, coexistence and human fraternity.

- Advertisement -
Share
Facebook
Twitter
Pinterest
WhatsApp
Previous articleDelivery possibly by Elon Musk: Tesla wants to deliver the first cars from the factory in Grünheide on March 22 – Berlin
Next article🎓 What are the factors behind Sheba’s possible price hike?