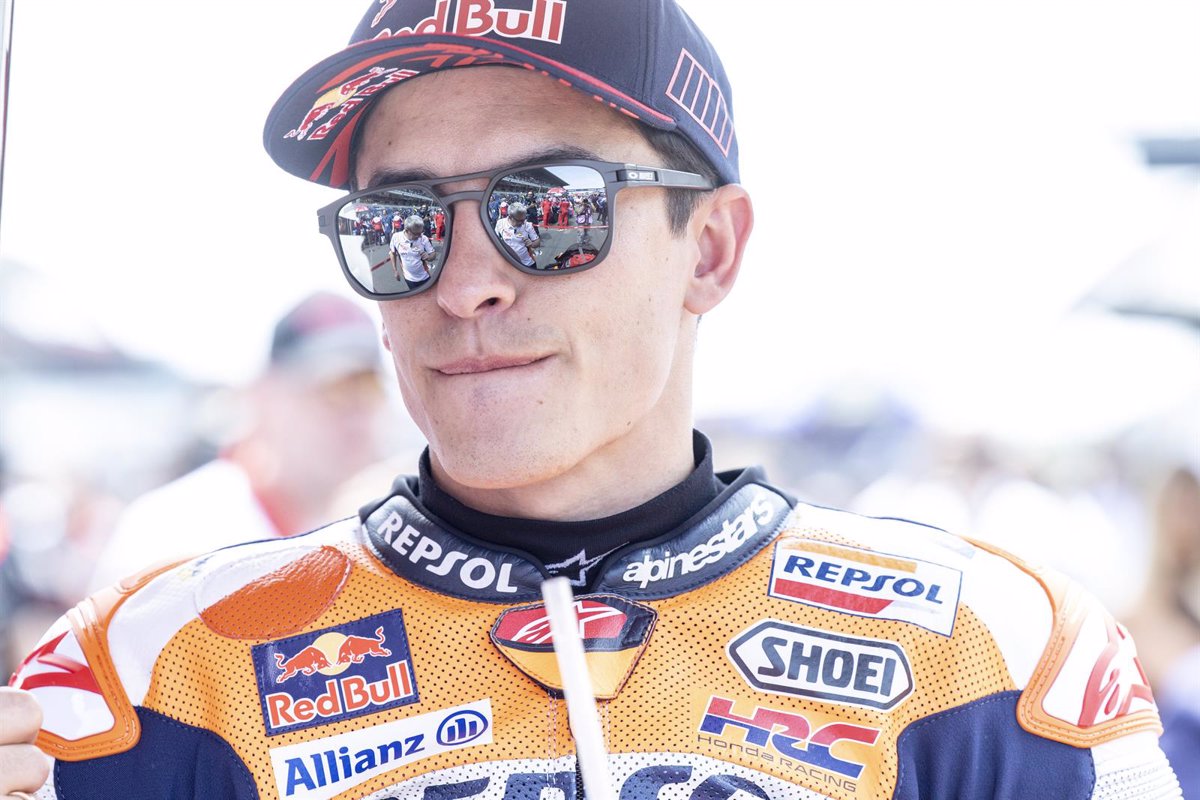 ‘Rafa Nadal is a reference for me, he was able to overcome the pain and win again’

Spanish MotoGP rider Marc Márquez (Repsol Honda) has confessed that if he had continued to ‘ride and compete’ like this he very likely would only have ‘a year or two’ left in the motorcycling championship and has recognized that the tennis player Rafa Nadal, after his fourth humeral operation, is “a reference” for him because he has “know how to overcome the pain and win again”.

“This operation gave me hope. Because the way I was riding and competing, I didn’t see myself on the bike for much longer, maybe a year or two. After the surgery in Rochester, there is hope that this can continue to be pain-free and fun on the bike,” he explained in a blog post for Box Repsol.

The man from Cervera said of his renewed operation on his upper right arm that it was an idea that had been on everyone’s lips “since September last year”. “We checked the arm regularly to see the evolution of the fracture after the third operation. When the preseason came around, I wanted to convince myself that I could do it, using the phrase ‘power is in the mind’ as a motto. When the World Cup started, I realized that the restrictions were very big,” he said.

“My idea was to compete all season – as the bone wasn’t 100% fixed after the third operation – but knowing my limits and hiding the discomfort to avoid daily questions. Only those around me knew more about the situation.” nah,” he added.

After an operation in the United States, the postoperative period went “very quickly”. “I was released immediately, they allowed me to fly and return home. The preparation, on the other hand, was very planned and everything was done well in advance,” he said. “Before the operation I was very nervous, but for the hours afterwards I felt worse because of the anesthesia and because I was in pain. I had a bad period for two or three days but this wasn’t the first time my arm had had surgery and I already knew how it would feel, I was aware that this pain is normal and will calm down later would,” he continued.

Now he has no more “pain”. “I continue with my arm immobilized and do light passive mobility exercises. Mentally I feel motivated because the sensations are good and I’m looking forward to starting the recovery as soon as the doctors tell me to see if the arm is working as it should,” he explained, reassuring that they should have an X-ray in the sixth week after surgery, which will determine the next step in recovery.

“Even though it seems like I have a lot of free time at the moment, I plan every day well. I get up early and go for an hour and a half walk. Then I try to make phone calls to the team.” , with the family or doing household chores. In the afternoon I started to work gently on my lower body and a little bit on my left arm,” he said.

The eighth world champion also explained that “passion and enthusiasm” are “the motivation” to keep going. “It also drives me to think about the goal, which is to have fun and compete at a good level without suffering or pain,” he said.

“I have to say that I am not alone on this road to recovery. I supported each other and talked a lot with riders like Àlex Crivillé, who went through something similar, and Alberto Puig, who I’m most in touch with because he’s also the team manager of the Repsol Honda Team – and also Mick Doohan – because he had several serious injuries –. They are the ones who gave me the most advice and I thank them for their support,” he revealed.

In this sense, he also has “a reference called Rafa Nadal”. “Even when they considered him retired, he was able to overcome the pain and win again. It’s him who I met when they played the Masters 1000 in Madrid. I know everything he’s suffered and that’s why he’s a Reference for me because even if he doesn’t reach the maximum he is capable of winning tournaments like Roland Garros I remember at a press conference it was admitted that the pain changed his mood and I understand it ” , locksmith.