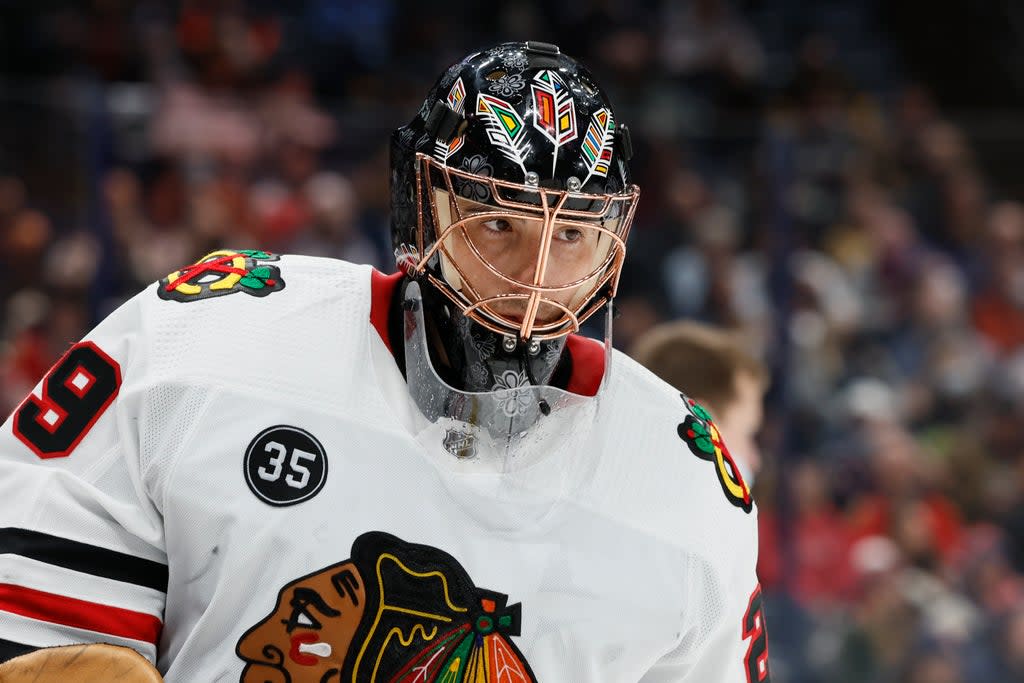 Marc-Andre Fleury may have been the biggest winner at the NHL trade deadline, as the rebuilding Chicago Blackhawks took on the potentially contending Minnesota Wild.

The Wild gave up a conditional first-round pick in this year’s draft, and Chicago has agreed to pay half of what remains in the final year of Fleury’s three-year deal.

“It was a very open collaborative process and Minnesota was obviously a very favorable place for him,” Chicago first-year general manager Kyle Davidson said. “I’m glad we were able to find something that worked for Wild, Marc and the Blackhawks as well.”

Fleury, 37, who went 19-21-1 with four shutouts in Chicago, won the Vezina Trophy as the league’s best goaltender with the Vegas Golden Knights a year ago. The high-scoring Wild effectively traded Fleury for Kaapo Kahkonen, whom they traded to San Jose for a fifth-round pick, and gave themselves an option at the net other than Cam Talbot.

Here’s a look at some of the other winners at the deadline, when 33 deals involving 54 players were made, and in the days leading up to the potentially pivotal day:

The Rangers, who failed to make the playoffs last season for the third time in four years, improved their chances of making postseason noise for the first time since reaching the 2015 Eastern Conference finals.

New York beefed up its defense by acquiring Justin Braun from Philadelphia and improved its depth up front by adding Tyler Motte from Vancouver and Andrew Copp from Winnipeg. The Rangers gave up a total of five picks, including two conditional second-round picks to Winnipeg, along with a pair of minor league prospects.

The NHL-leading Avs are clearly not happy with their place in the standings as they acquire forward Artturi Lehkonen from Montreal to make plays on both ends of the ice. They also signed San Jose forward Andrew Cogliano to add depth after beefing up the blue line after acquiring defenseman Josh Manson from Anaheim last week.

Winners find a way, and the Lightning appeared to have done so Friday by acquiring 23-year-old forward Brandon Hagel after he scored 21 goals for the second straight season in Chicago for a pair of first-round picks.

Tampa Bay also added a layer of toughness by adding 6-foot-3, 225-pound forward Nick Paul from Ottawa in a quest to become the first in the NHL to win three straight Stanley Cups since the New York Islanders won four in a row. from 1980. to 1983.

“Everyone is trying to get that extra edge, whatever they think it is,” coach Jon Cooper said.

The Panthers, who lead the rival Lightning in the Atlantic Division, made a splash Saturday by acquiring seven-time All-Star forward Claude Giroux from Philadelphia a few days after signing standout defenseman Ben Chiarot from Montreal.

Competing with Carolina and the Rangers to win the Metropolitan Division, the Penguins added 16-goal scorer Rickard Rakell from Anaheim. His 154 goals in 550 games ranks fifth on the Ducks’ all-time list and his secondary marker is needed in Pittsburgh.