“Many Russians will only be able to buy the essentials” 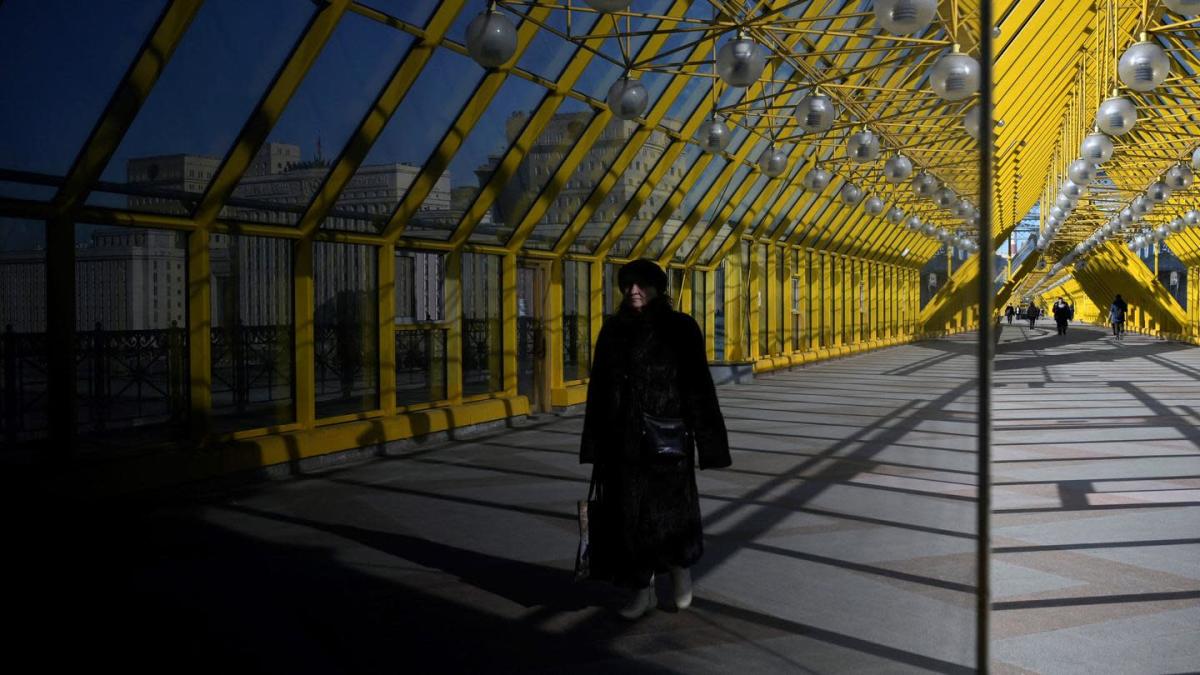 Western sanctions hit Russia. Economist Vasily Astrov explains how the daily life of the population is changing and what Russians can still buy.

The West has imposed sanctions on Russia. But these affect not only the powerful, but also those who already have little money. Poverty is likely to increase significantly in some regions of the country, says economist Vasily Astrov, who conducts research at the Vienna Institute for International Economic Studies. There, the 47-year-old deals in particular with the Russian economy and energy problems. He explains how sanctions affect the daily lives of people in Russia and whether this could be dangerous for President Putin.

Vasily Astrov: All sectors are really affected, I don’t see any notable exceptions. Many companies are not pushed out by sanctions at all, but are concerned about their image and therefore leave.

ZEIT ONLINE: Is it a short-term reaction or does it have permanent consequences?

Astrov: The permanence of this depends on many factors. But my forecast is grim: most Western companies will not come back. Putin is also leading the country into an economic catastrophe.

ZEIT ONLINE: Will many people in Russia lose their jobs?

Astrov: I do not expect mass unemployment. In some areas, such as the service sector, jobs are likely to be lost because many foreign companies have been active there until now. In retail, for example, many products (clothes, computers, smartphones) are sold by foreign manufacturers. If these are removed, fewer vendors will be needed. And theaters can go out of business if Hollywood movies can no longer be shown.

ZEIT ONLINE: What about those affected?

Astrov: There are areas where workers are lacking. Those affected by job losses could quickly find employment here, for example in the IT sector. And in industry, Chinese companies could possibly step in and take over the production areas of European automakers. All that remains to be seen. In the short term, however, there are more severe economic cuts for the population than job losses.

ZEIT ONLINE: Which ones?

Astrov: The first thing that people felt was that the value of the ruble had fallen drastically. Your savings have been devalued. And prices sometimes rise dramatically, for example for so-called consumer durables like smartphones. Flying will be significantly more expensive, if possible given the closure of airspace and the refusal of Russian airlines to fly abroad (because planes rented abroad can be confiscated). Inflation of 20 to 30 percent is realistic this year, even before the war it was a little less than ten percent.

ZEIT ONLINE: What about groceries and other everyday items?

Astrov: Here too they are likely to become significantly more expensive in Russia and the selection is likely to decrease. Although food consumption is now largely covered by domestic production, Russian agriculture relies heavily on imported inputs such as seeds. Supermarkets have already limited the amounts that people can buy of certain basic foods such as bread, rice or flour. This is to avoid panic buying. And the government has mandated retailers that their profit margin on staple foods cannot exceed 5 percent.

ZEIT ONLINE: Is there a problem getting cash?

Astrov: No, withdrawing money is not the problem. But making cashless payments has become more difficult. Foreign bank cards no longer work, nor do Apple Pay and Google Pay, for example.

ZEIT ONLINE: However, the poorest people in particular are likely to suffer from inflation.

Astrov: Yes, more people in Russia are likely to fall below the poverty line in the coming months. This was also the case in the 2014 economic crisis, three-quarters of which was triggered by falling oil prices and only about a quarter by Western sanctions. Many Russians will soon be able to buy only the essentials. Retirees, for example, often live very restricted lives. Housing costs are not a big problem in themselves, since a large part of the apartments are owned. In the 1990s, most apartments in Russia were privatized almost free of charge. But even before the war, the average pension was only $200; with the recent devaluation of the ruble it will be much lower. They are often supported by their working children or even live with them because they cannot afford their own housing. Many do not travel abroad, do not go to bars.

ZEIT ONLINE: Does that apply equally to cities and rural areas?

Astrov: No, poverty is less widespread in Moscow and other big cities, and people there earn more on average. Their standard of living will drop if they can no longer travel abroad as usual or buy smartphones or certain brands of clothing. But most of them will not be affected by poverty. In rural areas, on the other hand, many families are self-sufficient in food, so they do not feel the effects of rising prices as much. People from small towns and suburbs with lower incomes are the most affected because they have to spend much of their money on food and other products. However, it is not yet clear how bad it will actually be. We will only know in a few weeks or months.

ZEIT ONLINE: What if the West also stopped energy imports from Russia?

Astrov: That would be a financial disaster for Russia. The combined share of oil and gas in Russian exports is 60 percent. Tax revenue from the energy sector accounts for 40 percent of Russia’s budget. Among other things, there would certainly be cuts in social spending, even if they are not particularly high anyway.

ZEIT ONLINE: Do you expect the population to revolt against Putin so strongly that it reduces his power?

Astrov: Honestly no. The Russian population is divided when it comes to the war: a large proportion support it and see the West as the cause of an economic war, while a large proportion also condemns it. But I think most Russians are unlikely to openly resist. Especially since the state is becoming increasingly repressive and resistance is subject to harsh sanctions.

ZEIT ONLINE: How likely is Russia to find alternatives to losing economic relations with the West? China’s foreign minister recently said: “No matter how treacherous the international storm is, China and Russia will uphold their strategic resolve and push forward the comprehensive cooperative partnership in the new era.”

Astrov: China will certainly be able to absorb some of Russia’s problems. Companies there could, for example, supply more and more high-tech products or consumer electronics and take over some of the vehicle production. But if they gain market power in this way, they will drive prices up again. And the quality of products will be lower than before. Other than China, however, I don’t see any major options for Russia.

Astrov: In the long term, that is a possibility. But it would take years for Russia to develop enough capability of its own. In the Soviet Union you could see where this model was going: there was a lot of domestic production, for example of cars, but the quality was poor. One thing is certain: the Russian population will be severely curtailed in the coming years as a result of the economic fallout from the war.

ZEIT ONLINE: Would people in Germany realize how people in Russia are doing economically? The country closes down, independent journalists leave.

Astrov: In reality, this is getting more and more difficult: Facebook and Twitter have already been largely blocked by the Russian government, WhatsApp and Telegram still work. Also, Russians are becoming less willing to talk about sensitive issues, and that now includes the economy.