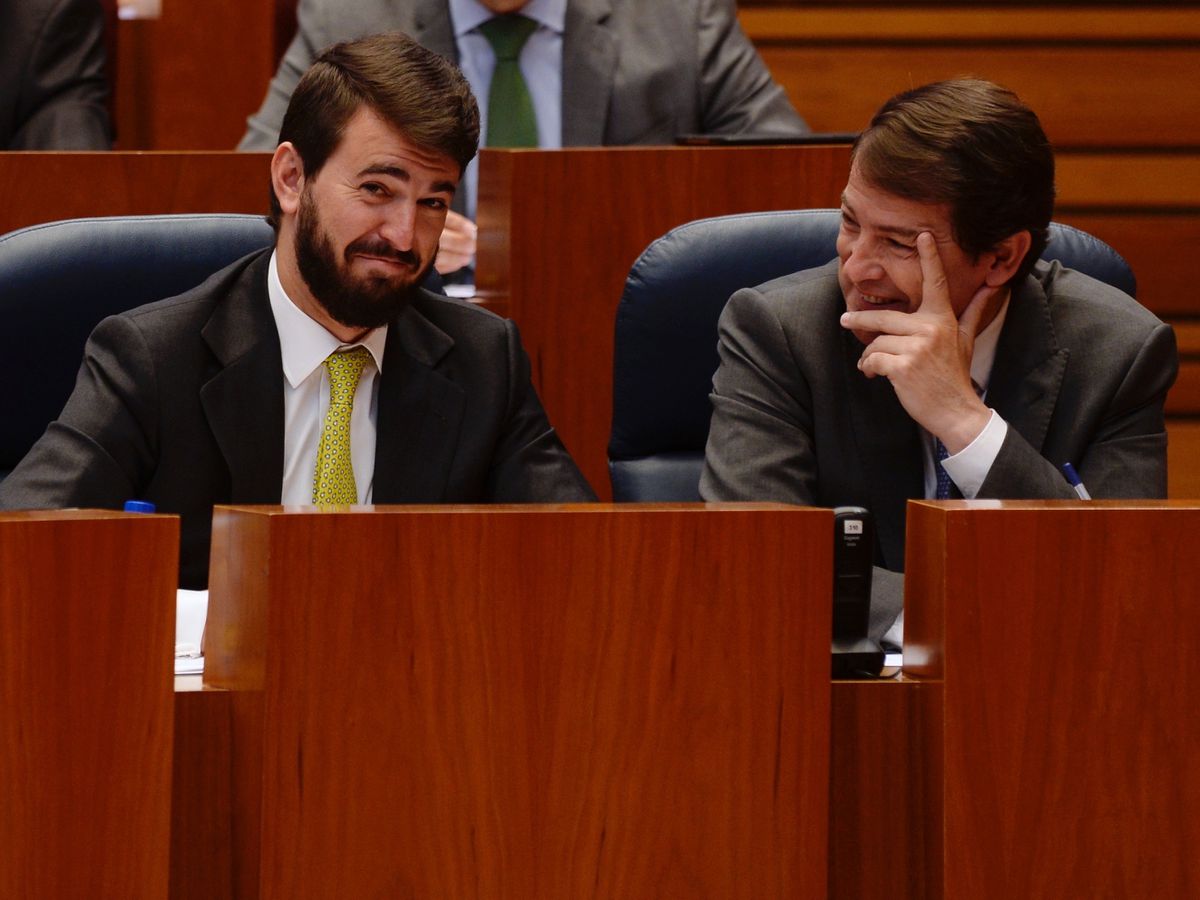 Sex has led to a new breach of position between PP and Vox in Castilla y León. The first coalition of these parties in a regional government has shown disagreement over the reasons leading to depopulation. The vice-president of the board, Juan García-Gallardo (Vox), reiterated this Saturday that the “hypersexualization of society” is at the root of the depopulation that hangs over the community. The President, Alfonso Fernández Mañueco (PP), this Monday distanced himself from these “different approaches” of his partner, to whom he said he would ask him to know the reason for his conclusions.

“There are issues on which we agree and others on which we disagree,” said the president, who has admitted not knowing Gallardo’s words in detail and having reacted to the media when he said them shares thoughts. “You know my path in life, you know the path of my party, I think everything has already been said,” he replied. The vice-president’s comments were made in Zamora, the province with the highest average age in Spain which, according to Eurostat, will have the oldest population in Europe by 2033. The area has lost about 30,000 inhabitants so far this century and shows clearly depopulated and socially aging areas. Another Castilian province, Soria, is another of the areas hardest hit by this demographic crisis, with areas well below the nine people per square kilometer that European standards use as a criterion for risk of depopulation.

The regional head of Vox spoke about this in talks organized by his training to address depopulation. Gallardo, who welcomed the criminalization of abortion in the United States in view of his party’s “firm commitment to life”, reflected in this way the alleged social “hypersexualization” which, for this representative of the extreme right, is causing the decline in reproduction: “If the trivialization of sex Assuming that it is an end in itself and forgetting that its purpose is procreation, people free themselves from the bondage of family to devote their existence to the gratification of their sexual desires.” Mañueco has stated that he will speak to the senior official to explain “what he was looking for or what he understood with those considerations.”

García-Gallardo also believed that the economic shortage of young people makes it difficult for them to have children and avoid depopulation, which the CIS says is the main concern of Castilians and Leonese. In his opinion, this generation, to which the 31-year-old belongs, has “more hurdles” and “less purchasing power” to tackle family projects. “It discourages marriage. When we live in constant precariousness and uncertainty, everything is delayed, but the biological clock does not forgive,” capitalized on the high-level position of the far-right formation, which also cracked down on an “infantile” generation of “perpetual youth” not to shoulder the burdens of a son García-Gallardo, who has an annual salary of 80,000 euros and boasted that he lost money by jumping to Vox, has no children. In addition, the vice-president of the board emphasized that in his opinion young people prefer “to travel ‘ to fulfill commitments such as ‘getting up at night to give a bottle’.