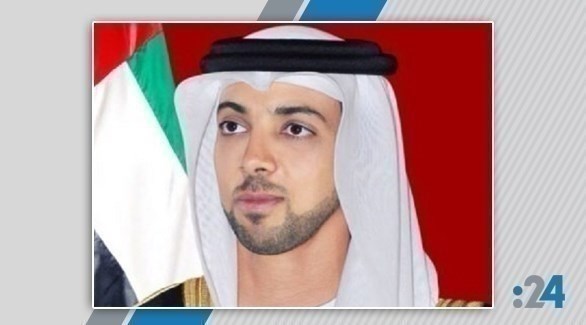 This came during a phone call between Sheikh Mansour bin Zayed Al Nahyan and the President-elect of Turkmenistan, expressing their sincere congratulations and best wishes to him for the success of his presidential duties and the achievement of his people’s aspirations towards a greater progress and prosperity.

Sheikh Mansour bin Zayed Al Nahyan and President-elect Serdar Berdymukhamedov discussed the UAE’s relations with friendly Turkmenistan during the next stage and opportunities to develop cooperation and joint work in various fields serving their common interests.

For his part, the president-elect expressed his thanks and appreciation to Sheikh Mansour bin Zayed Al Nahyan for his congratulations, wishing the UAE continue to progress and prosper, and that the two countries’ relations have further development and broader horizons. of ambitious cooperation that enhance their mutual interests.

Sheikh Mansour bin Zayed Al Nahyan also discussed, during another phone call, with Gurbanguly Berdimuhamedov, the current president of Turkmenistan, the friendly relations and strategic partnership that bind the two countries, highlighting the pride of the UAE in its relations with the friend of Turkmenistan for decades and his enthusiasm to strengthen their cooperation and build on these strong relationships.

Mansour bin Zayed also praised the efforts made by Gurbanguly Berdimuhamedov and his leading role in improving these relations and consolidating their pillars at various levels during the last period.