Manos Unidas denounces the exclusion, poverty and abandonment experienced by millions of widows around the world 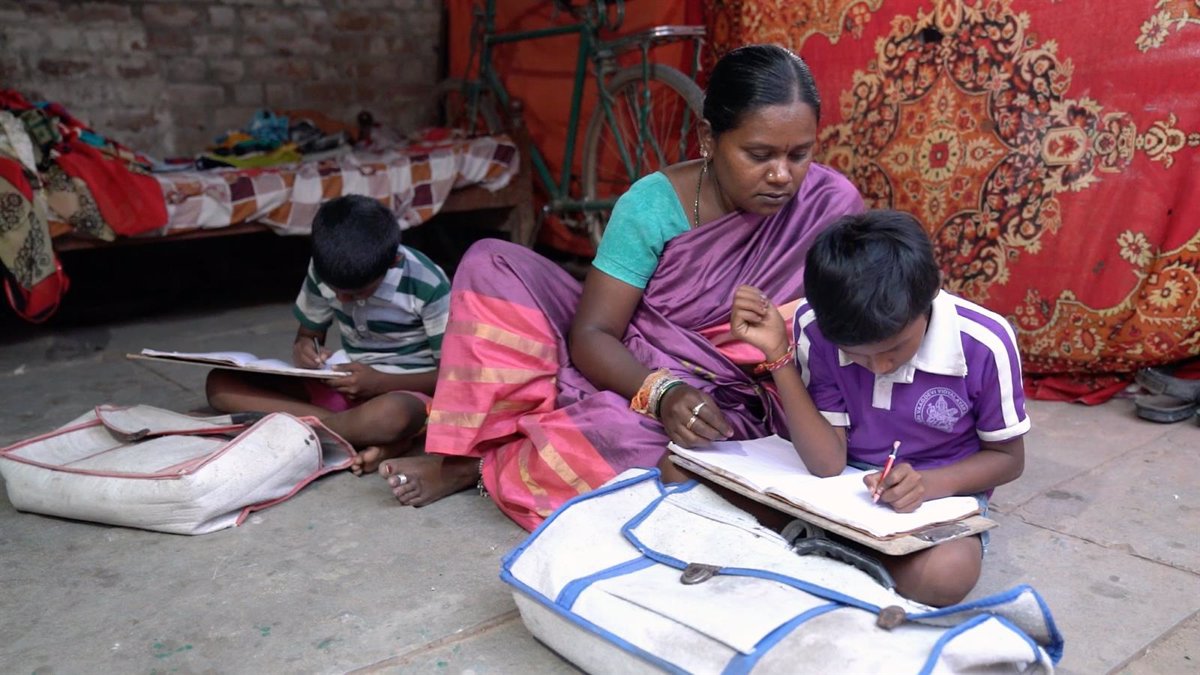 Manos Unidas, on the occasion of International Widows Day, which takes place this Thursday 23.

As part of its campaign “Our indifference condemns them to oblivion”, the NGO of the Catholic Church is focusing on this group of women these days.

According to Manos Unidas, citing estimates from various international organizations, there are around 258 million widowed women worldwide, of whom almost 1.4 million are girls. In addition, one in ten widows worldwide lives in poverty.

The organization denounces that in many societies, when women become widows, they are left to their fate by their husbands’ families and dependent on the charity of their relatives.

As Rocío Bonet, volunteer for Manos Unidas projects in Asia, explains, “In countries like India it is common to find them on the streets begging to cover their expenses and those of their dependent children.”

According to Manos Unidas, Asia and Africa are the continents where widows face the greatest difficulties, suffer violence, mistreatment or abuse and are even blamed for the deaths of their husbands.

Also, when widowed, these women tend to have nothing left. “They are deprived of their property, they have no right to inherit land or housing, they are frowned upon to seek formal employment and, even more so, to rebuild their lives unless it is with a relative of her deceased husband,” explains Bonet. .

In addition, in many cases the rejection suffered by widows has an economic background, because “the man’s family wants to inherit at any price and takes from the widows what they are legally entitled to”.

For all these reasons, Manos Unidas has launched projects to help these women, such as self-help programs, where many widows have found a way out of their situation of exclusion and poverty. There, these women receive training to find decent work, as well as legal advice and psychological support.

WIDOW AT 25 WITH NO INCOME AND RESPONSIBLE FOR HER CHILDREN

Sandhya, a 25-year-old widow who married a much older man when she was 13, tells how the death of her husband left her without an income and left to look after their children on top of the debt they incurred when leasing something Country. “My husband’s family rejected me because they said I was to blame for his death,” says the young woman.

Three months after she was widowed, the team from Bala Vikasa – a local partner of Manos Unidas in the states of Telangana and Andhra Pradesh – went to her village and her neighbor told them about her. “When I came to the first meeting, I cried all day because my problems seemed insignificant compared to those of other women. That’s how my life started to change,” she says.

Months later, returning from one of these meetings, Sandhya saw some women working at a gas station and asked if there were any vacancies. “Luckily there was a job and I took the job without thinking about it,” he says. He also explains that thanks to a lawyer who attended one of the interviews, he is now able to speak safely to his in-laws and claim his rights.

Accused of witchcraft and expelled from their community

Similarly, in various African societies, widowed women can be accused of witchcraft, be disfellowshipped, and lose their rights, property, and even their children. In addition, many of them are infected by their husbands with diseases such as HIV, which, when their husbands die, is another reason for discrimination, explains Fernanda Castillo, the coordinator of Manos Unidas’ projects in West Africa.

Faced with this situation, in the city of Sassema in Burkina Faso, widowed women, with the support of the parish priest, have created an association to support each other and start income-generating activities that will allow them to take care of their families. This is another of the projects supported by Manos Unidas, which in 2021 has committed almost 4.8 million euros to 70 projects specifically aimed at directly supporting more than 200,000 women.