Mancini before facing Macedonia: All possibilities are available 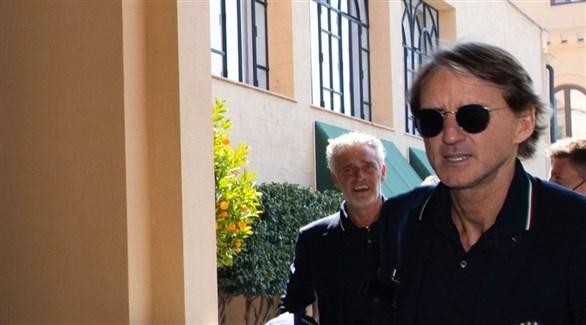 The Italy coach, Roberto Mancini, confirmed today, Wednesday, that “there is no extraordinary candidate” in his match against North Macedonia in the semifinals of the European qualifying phase for the 2022 World Cup, and that “anything can happen during the 90 minutes. ”

Mancini said during the press conference on the eve of the match organized by Palermo’s Renzo Barbera stadium: “The two shoulders are the same, and there is no one candidate above the other, anything that can happen during the 90 minutes. All matches , even those whose results can be predicted, must be played with the same seriousness”.

The European champion added: “The players know each other well and they know what they have to do, although there are some moments of frustration and emotion, we just have to focus on our mission and play good football.”

The Azzurri was absent from the last World Cup in Russia 2018, but is in the European qualifying match for the World Cup in Qatar and is champion of the old continent, which makes the pressure on the players greater, according to Mancini, in the case of do not classify, because the failure will be greater.

On the technical condition of the players, and what he thinks before the game, Mancini said that the group has the “right mentality” for this type of situation.

He said about it: “The strength of the team has not changed since the euro, and we always try to impose our style on the field, when you prepare for the euro championship, then the World Cup, there is continuity, but when you play games separated throughout the year, things are more difficult, the group has the right mentality, and you want to win: things have not changed in that aspect.

He also praised the North Macedonia team, noting that they “defend well and have significant technical ability”, and for this he asked his players to “calm down and present their usual game”.

It should be noted that the qualifiers for this match will play the final on the 29th of this month against the winner of the confrontation between Portugal and Turkey.