Mai Helmy with casual look. A question about Mohamed Rashad makes her angry 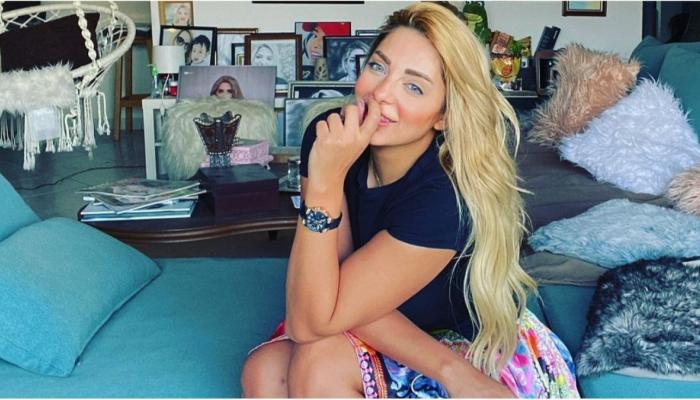 The Egyptian media, Mai Helmy, published a new photo through her official account on the Instagram page.

Mai Helmy appeared on a plane to Dubai, in the Emirates, with an attractive casual look, and commented: “Good morning, success.”

In the images, Mai Helmy was wearing a white t-shirt, a jean jacket, and pants. She wore makeup that accentuated her beauty and left her hair loose on her shoulders.

In this context, Mai Helmy walked away from her meeting with a reporter who asked her about the presence of her ex-husband, Muhammad Rashad, on the red carpet with her at an arts festival, and the details of her preparation for marriage.

Mai was upset when she was asked questions about Muhammad Rashad at the tribute ceremony, where he received the “Award for Excellence” in sports programs.

A question came from an Egyptian newspaper reporter: “The first red carpet combines Mai Helmy and Mohamed Rashad”, but Mai Helmy interrupted her, indicating that she did not want to talk about it.

In response to a question, “If you saw Muhammad Rashad, would you greet him?”, Mai Helmy criticized what she saw as an attempt to interfere in her personal life.

And he explained: “And I give up. Why am I so nice and walk for your money? Why do you love conversations? Shall we tell you? Sure, we won’t tell you.”

Mai Helmy walked out of the interview without completing her speech.