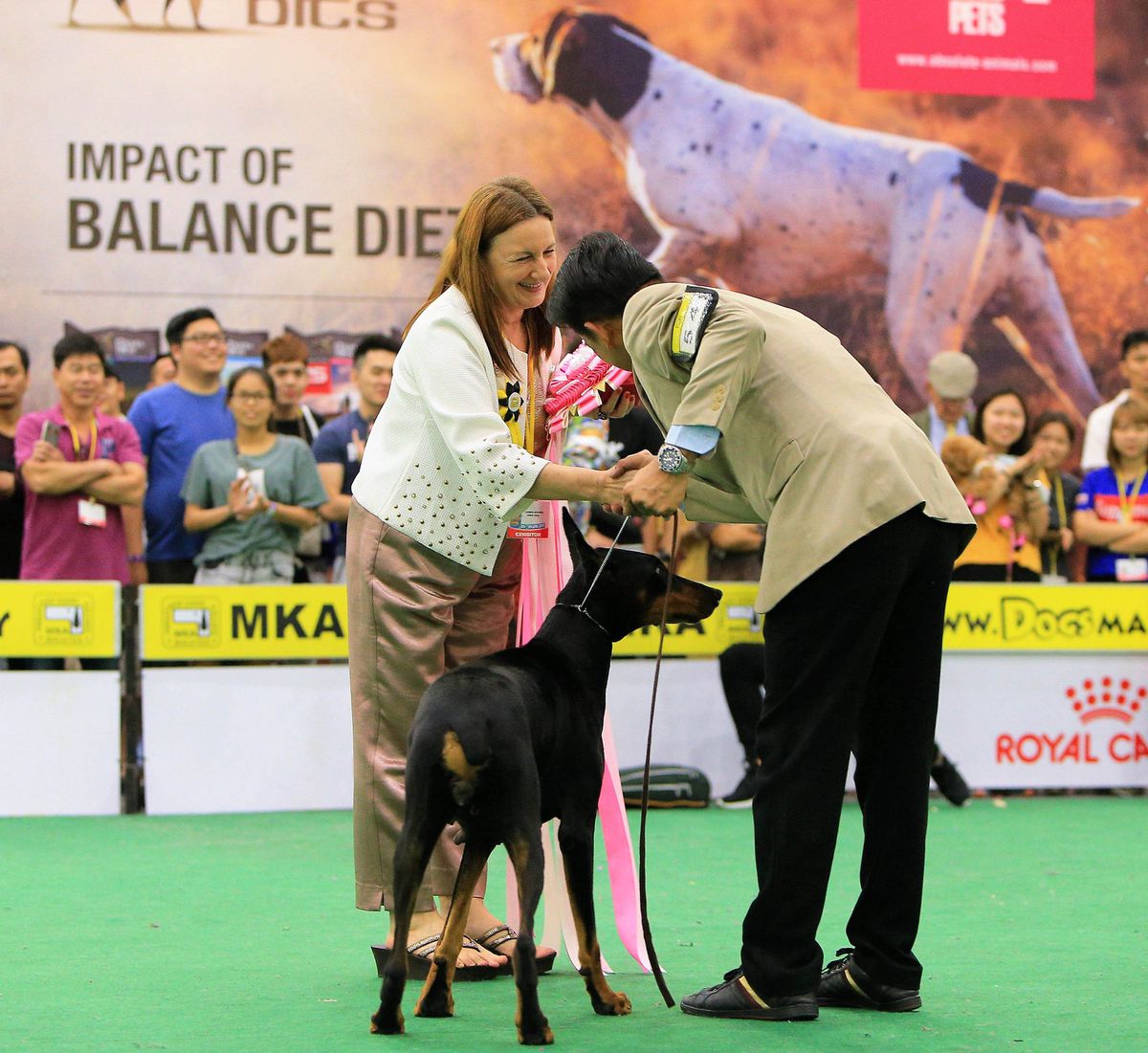 Faithful, obedient and loyal. Also easy to train. This is the Bohemian Shepherd (chodsky pes, in Czech), a nomenclature coined by writer Jindřich Šimon Baar in the 1920s to refer to dogs from the Chodsko region. It is a medium-sized dog with a long coat that allows it to withstand inclement weather. It has nothing to do with the Japanese Terrier, a breed created through mating Fox Terrier Smooth-haired ones exported to Nagasaki from Holland in the 17th century, with small native Japanese specimens that have short fur. But both, as well as another 250 of the around 400 currently recognized dog breeds, meet during the in Madrid World Dog Show (WDS).

The largest global event related to the world of dogs, which will take place from June 23rd to 26th at the Ifema Madrid facilities, will receive the most beautiful specimens from different regions and lovers of these animals. The World Dog Show is the world reference dog show, which will gather more than 16,500 canine specimens. Among the most numerous are the dachshund, the miniature schnauzer, the Great Dane or the poodle.

“It’s not just beauty, it’s an exhibition that shows what purebred dogs are, how they are used and what they contribute to society,” argues José Miguel Doval, President of the Royal Canine Society, co-organizer of the event.

It’s been almost eight years since Ifema Madrid, presented together with the Royal Canine Society of Spain the candidacy for the event to be held in the country. “Madrid is a fantastic enclave to host this event in the sector, every year we manage to host the 100x100mascota fair, which is a reference at national level that brings together all the leading agents in the sector,” they say from Ifema. The choice of Madrid headquarters is no coincidence: with 9.3 million dogs registered in Spain in 2021, the country has become one of the most, according to the National Federation of Pet Food Manufacturers Pet friendlywith more households with pets than with children.

It is the third time that Spain is hosting the World Dog Show. The first time took place in 1983. The second time was held in Valencia in 1992. This year the WDS takes place twice. The first in Madrid (where it should have taken place in 2020 but had to be postponed to 2022 due to the pandemic) and the second in Rio de Janeiro, Brazil, scheduled for December. Thus, and only for this year, an unprecedented title has been created in which the champion breed dogs of both competitions will compete: the FCI Dog of the Year 2022 (Dog of the Year), an award given to the champion dogs of the Spanish and Brazilian Expenditure.

On this occasion, in the Spanish capital, more than 100 judges from more than 30 nationalities will be responsible for selecting the winning dog breeds from eight categories: baby, puppy, young, advanced, open, working, champion and veteran. The best specimens of each dog breed compete against each other in the central ring of the exhibition to be chosen as the group best in the various categories.

Finally, out of these more than 16,500 dogs, only ten are selected for the World Champion Dog category. Spain is the country that provides the most judges for this competition, followed by Italy, Portugal and the Netherlands. A circumstance that also coincides among breeders and participants, where the Spaniards are again the most numerous participants, followed by the French, Italians or Portuguese. In addition, this year’s competition has participants from countries such as the United States, Indonesia, Korea, Puerto Rico, Panama or Thailand, among others.

Parallel to this fair, numerous ad hoc events such as expert lectures on dog care, workshops and conferences are held at the fair. All of them are about making the dog figure better known in society and bringing the different breeds closer to the citizens. “We will be holding daily shows of Civil Guard, Royal Guard and Police dogs. In addition to agility [entrenamiento de agilidad] and demonstrations of useful dogs, such as helping autism,” they say from Ifema Madrid.

At the event you can also see exhibitions of swimming and diving dogs. “We want to convey to civil society that caring for dogs requires a contribution from all the main players in the industry, such as product and service companies, working hard to innovate and bring benefits to breeders,” explain the organizers of the show. In this sense, the event will have a commercial area where the 10,000 daily participants, according to forecasts by Ifema Madrid, will be able to discover new products and buy products for dogs at the 50 stands that make up it.

The organizers of the event have designed a children’s area for the youngest visitors, and the minimum age for registering a purebred dog for a child has been reduced to ten years ringsprovided that the necessary qualifications can be proven.

“The greyhound comes from the caste and we know that many minors were raised under them rings with purebred dogs,” confirms Doval. The lowering of the minimum age for participation in dog competitions is not the only innovation for the little ones in the world of dog competitions.

The Winner exhibition will take place on June 23rd. And for that, the Royal Canine Society has created a competition for the best dog presenter for children, aimed at children between the ages of 6 and 9. Finally, the World Dog Show will also have a Best Youth Presenter category, for contestants aged 10 to 17 who will be parading their dogs in the parade ring.