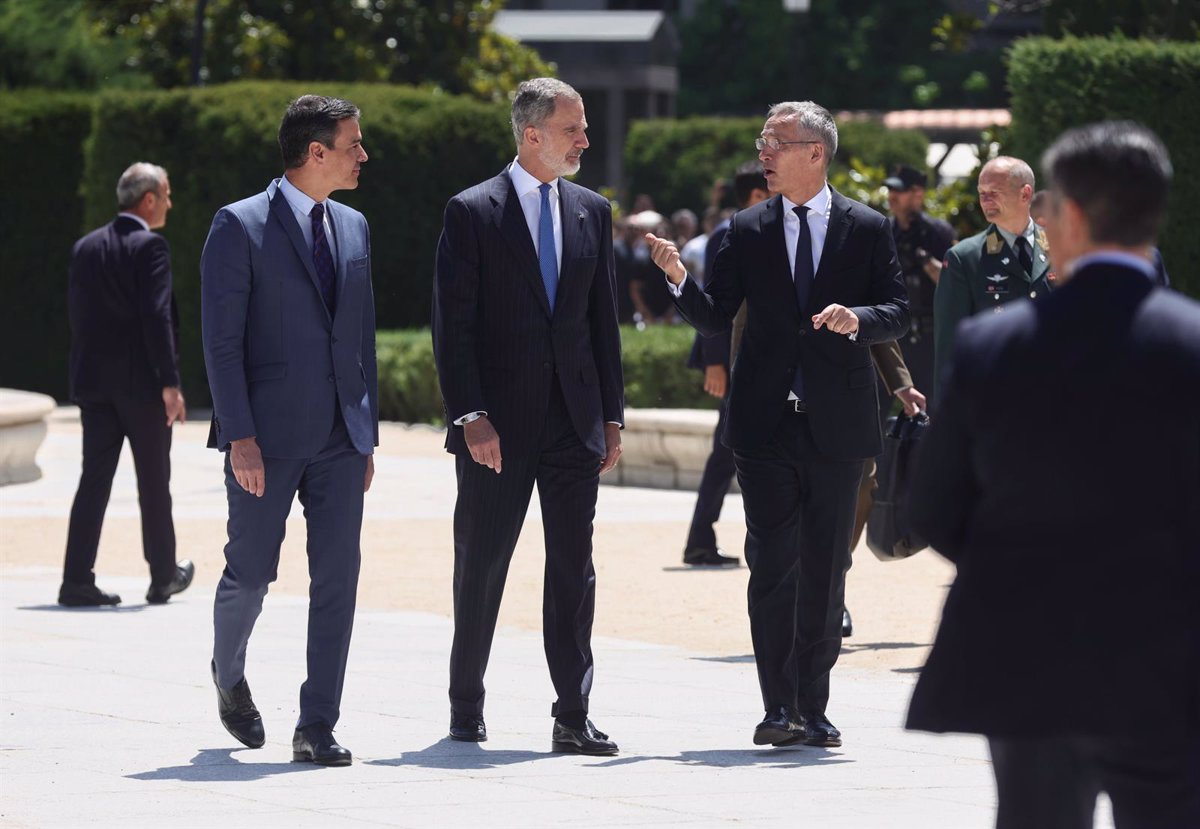 This week, Madrid will become the epicenter of the security and defense of the Atlantic Alliance with the holding of the summit that will define NATO’s lines of action for the next decade, in full tension with Russia after the invasion of Ukraine and facing threats from the south .

The NATO Summit is the supreme gathering of military organization, bringing together the Presidents and Prime Ministers of 30 Allied and Partner countries and specially invited guests. In all, about 40 world leaders will be concentrated in Madrid next week.

This will enforce an unprecedented security setup, which will entail the deployment of some 10,000 personnel from the state security forces and organs, as well as surveillance of the airspace by the armed forces and cooperation with the National Intelligence Center (CNI) to avoid security breaches.

The summit officially begins on Wednesday, but an intense international agenda begins on Tuesday with the arrival of all world leaders and NATO Secretary General Jens Stoltenberg, who will have the opportunity to visit the facilities hosting the Ifema Summit will join the President of the Government, Pedro Sánchez.

It is an area of ​​more than 50,000 square meters in two Ifema pavilions, although the entire convention center remains closed for security reasons. The Feria de Madrid metro station will also be closed and the entire capital will suffer from significant mobility restrictions. This has prompted both the government and the Madrid City Council to urge citizens to limit their mobility as much as possible and to opt for teleworking as much as possible.

Also on Tuesday, United States President Joe Biden will land at Torrejón de Ardoz Air Force Base and meet with Sánchez at the Palacio de la Moncloa early in the afternoon for his first bilateral meeting since arriving at the White House. . The US President will then go to the Palacio de la Zarzuela to arrange a meeting with King Felipe VI.

From Moncloa, they justify that these bilateral meetings were planned because these are countries whose leaders are more difficult to meet in international fora, or, as in the case of Australia or New Zealand, it is more difficult to communicate with them to visit. In any case, there will also be shorter and more informal meetings on the sidelines of the summit.

Tuesday’s session will end with a dinner offered by the King and Queen at the Royal Palace, which will be attended by all delegations scheduled to attend the summit. In parallel, the Foreign and Defense Ministers will have dinner at the Palacio de Santa Cruz.

UKRAINE ON THE SUMMIT

The summit officially begins on Wednesday with a family photo and a first working session dedicated to the war in Ukraine, which its President, Volodimir Zelensky, will attend via videoconference.

It will also be the occasion when the allies will complete the elaboration of the Strategic Concept, the document that sets out NATO’s guidelines and lines of action for the years to come, and which will include novelties such as taking Russia into account or mentioning China for the first time. .

Furthermore, in recent months Spain has placed great emphasis on the Alliance’s need to take into account the threats emanating from its southern flank, an aspect which government sources say will finally be reflected in the Strategic Concept.

After lunch it is time for a session entitled “Global Challenges” which will host Allies such as Sweden and Finland if their NATO membership is not decided before the summit, Georgia and Australia, New Zealand, Japan and Korea .

The day will end with a Euro-Atlantic dinner organized by the Government Presidency, to be held at the Prado Museum, at which the Executive wishes to deepen the message of “cooperation and complementarity” between NATO and the European Union. All allies, the non-NATO EU member states (Sweden, Finland, Austria, Ireland, Malta and Cyprus) and the institutions of both organizations are invited.

On Thursday, the summit will focus on the “southern neighborhood.” The government has made a special effort in this debate on threats from Africa, both because of Russia’s presence in countries such as the Central African Republic and Mali, and because of the instability and terrorism in the Sahel.

In its arguments, the executive has always emphasized that it is fully aware of the threat posed by Russia on the so-called eastern flank and therefore shows solidarity with these countries, which is reflected in its participation in NATO missions in the area. But it underscores the need to also protect the southern border should an incident occur there.

What is not proposed is to call for the Washington Treaty to be amended to explicitly include NATO’s protection of Ceuta and Melilla, as some parties claim. The government claims that the autonomous cities are already protected as part of Spain and do not require any special status.

For the first time, the new strategic concept is also aimed at China. NATO was formed in 1949 as a counterweight to the Soviet Union, but over time the Alliance has broadened its threat focus to include new threats. China had been off the allies’ radar for decades and posed no direct military threat, but now it is expected to be included in the document emerging from the Madrid summit for the first time.