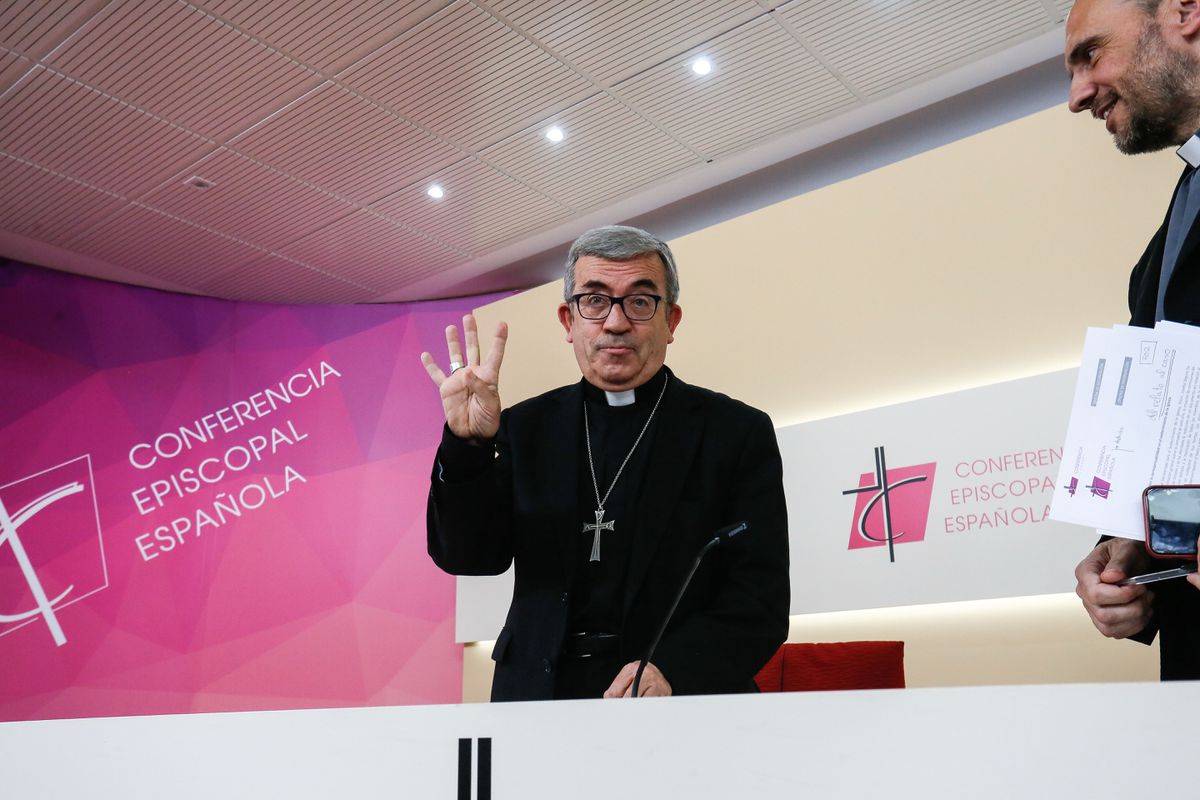 Pope Francis has appointed current Secretary General and spokesman for the Spanish Bishops’ Conference (CEE), Luis Argüello, Archbishop of Valladolid, the CEE announced in a press release this Friday. Argüello, who was already auxiliary bishop of this diocese, will replace Archbishop Ricardo Blázquez, who was president of the conference from 2008 to 2011 and from 2014 to 2020. Argüello has announced at a press conference in Valladolid that he will press for a replacement from his position as secretary and spokesman for the bishops. “At the next general assembly, the bishops will have to elect a new secretary, since a division of both tasks does not seem feasible,” he assured. in a newspaper interview digital religion. Argüello was elected to hold this post from November 2018 to 2023. The EEC Permanent Commission meets next Tuesday for its second annual meeting, at which Argüello is expected to hand in his resignation. The next full assembly of bishops is scheduled for late October or early November.

Argüello’s mandate was marked by the scandal of pederasty in the Spanish Church. His role as the bishops’ voice in front of society and the media has not pleased many Spanish dioceses, particularly because of his negative comments on the problem of abuse. “These are just small cases,” he said; “We will not file a complaint. No data available. What do we do? Do you take a time tunnel?”; “Perhaps because of the same way priests live in parish life in Spanish society, the number of ecclesiastical abusers was lower.”

Other relevant current topics have been added to the abuses, such as the euthanasia law, the education law, church enrollment, gender identity or “conversion” therapies for homosexuals. Regarding sexual orientation and the choice of priests, he said a few days after his election: “We are asking for candidates who are purely male, i.e. heterosexual.” Sentence for which he had to apologize publicly.

His ambiguity in the way he responded to the press earned him a little joke from Pope Francis during the prelate’s visit to the Vatican in 2020: “When you retire, you have to come to Rome to be in the playing football team because you dribble [regateas] very good to the journalists”.

Argüello’s speech during these almost four years also focused on the social need to help the poor, refugees and especially the sick with palliative care. “The challenges of a world at war, commercial and military, call for great agreements. Today’s Gospel gives us keys: deliver the stones from the hands and sin no more. Strive together for the common good and abandon power struggles and ideologies that ignore facts and the poor,” he wrote on his Twitter account last April.

The new Archbishop of Valladolid was born in May 1953 in Meneses de Campos, Palencia. His life was closely linked to the city of Valladolid. He moved there as a child to study at the School of Our Lady of Lourdes, managed by the De La Salle brothers. He studied law at the university there, where he was a professor of administrative law. He studied theology and philosophy at the Augustinian Theological College. He was ordained a priest in 1986 by the then Archbishop of Valladolid, José Delicado. Between 1997 and 2011 he was Rector of the Valladolid Diocesan Seminary. He also held other relevant posts in the episcopate, such as episcopal vicar of the city, member of the council and, already appointed by Blázquez, vicar general between 2011 and 2016. In April of the same year, he was appointed auxiliary bishop of Valladolid by the bishop pope.