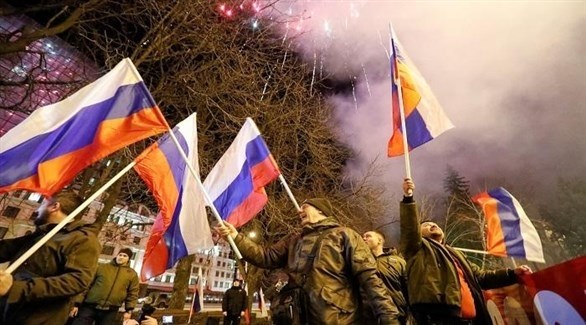 Pro-Russian separatists in the besieged Lugansk region of eastern Ukraine are planning a referendum on whether the region should join Russia, mounting pressure on kyiv.

“I believe that in the near future a referendum will be held on the territory of the People’s Republic, where people will exercise their absolute constitutional right and express their opinion to join the Russian Federation,” the official TASS news agency reported on Sunday.

Russia recognized the breakaway regions of Lugansk and Donetsk as independent regions in February in the face of protests from Ukraine and the West.

On February 24, Russian President Vladimir Putin ordered a “military operation” at the request of the self-proclaimed Lugansk and Donetsk People’s Republics to protect them from the Ukrainian army.

The West imposed unprecedented sanctions in response to Russia’s aggressive war against Ukraine.

The possible accession of Luhansk to Russia is likely to further aggravate the situation.

According to information that could not be independently verified, the Russian military stated that more than 90% of the region had been wrested from Ukrainian control.

The Ukrainian Foreign Ministry stated that such a vote would not be recognized in Luhansk.

At the same time, there were discussions in Russia in political circles about the pros and cons of the referendum.