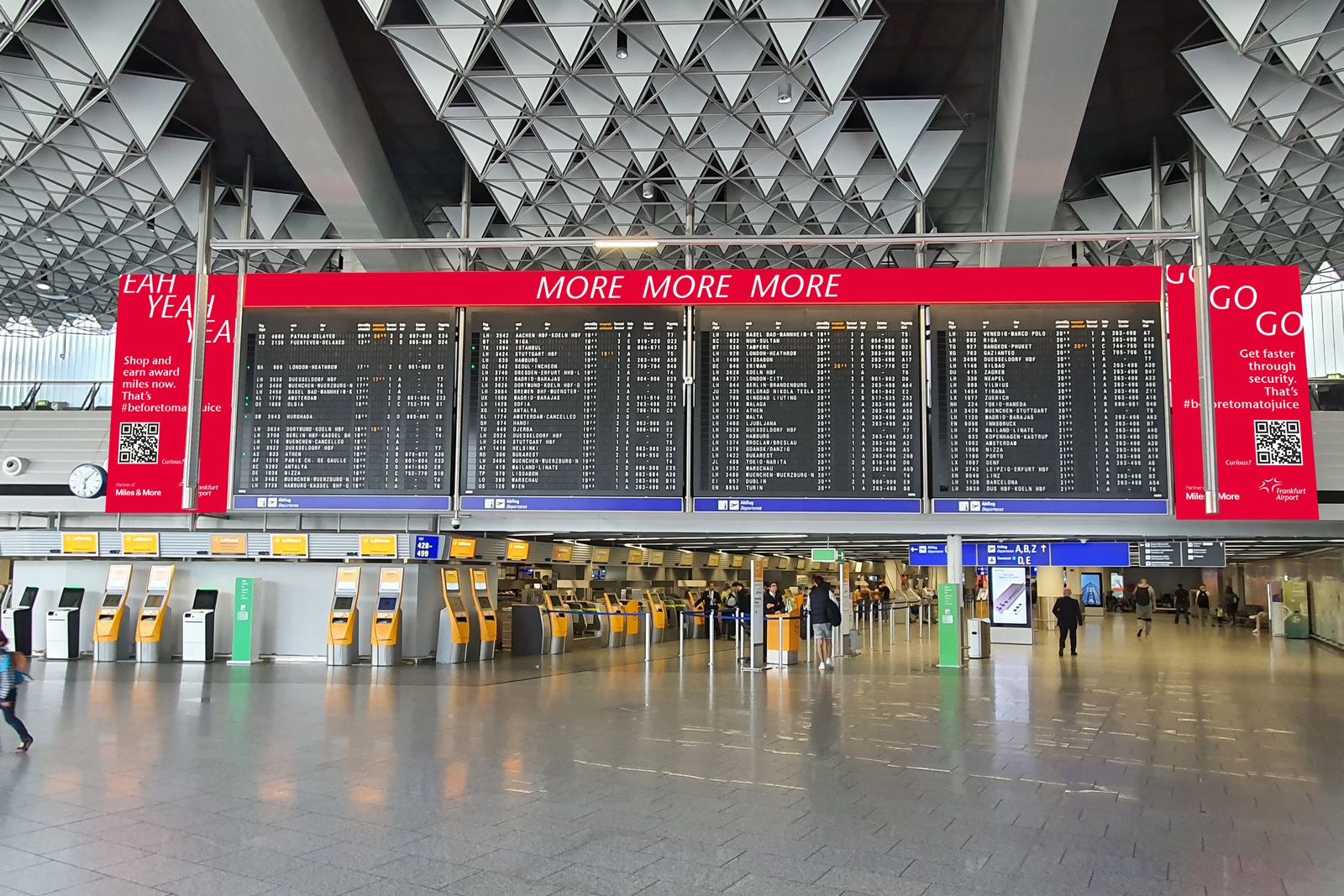 FRANKFURT — Lufthansa is canceling nearly the entire schedule at its German hubs Frankfurt and Munich due to Verdi’s warning strike on Wednesday. The company announced in Frankfurt that there would be flight cancellations on Tuesday as well as Thursday and Friday. In total, more than 1,000 flights would be canceled with 134,000 passengers affected.

The Verdi union has called on around 20,000 ground workers to participate in widespread work stoppages to pressure ongoing wage negotiations. Lufthansa human resources director Michael Niggemann criticized the approach: “The early escalation after only two days of negotiations in what has been a constructive collective bargaining round is causing enormous damage. It affects our passengers in especially during the main travel season. And this puts a strain on our employees in an already difficult phase of extra heavy air traffic.”

In addition to the Frankfurt and Munich hubs, Düsseldorf, Hamburg, Berlin, Bremen, Hanover, Stuttgart and Cologne are also affected. The Lufthansa Group usually maintains smaller units there, which also offer their services to other airlines. In Bavaria, Friday is the last school day before the summer holidays.

Passengers without transfers should not come to airports because “few or no” service counters will be open there, the company warned.

Passengers have complained online about short-term cancellations of intercontinental flights to the United States or Hong Kong. These are usually the last flights that Lufthansa cancels in the event of a strike. Lufthansa has warned transfer passengers against flying to German hubs without a connecting flight. There is a risk that customers will not be able to get there for several hours or days.

The one-day strike is set to begin at 3:45 a.m. Wednesday morning, as Verdi announced. Very different groups of employees are used, such as counter staff, aircraft technicians or the drivers of the huge tow tractors that push the planes into the right positions at the airport. Without these services, jets can no more take off than they can without pilots and cabin crew.

The first strike at Lufthansa after the Corona shock comes against the backdrop of a partially chaotic restart in the industry. Staff bottlenecks and high holiday demand have already led to considerable processing problems this summer without any strikes. Verdi mainly blames the mismanagement of airports and airlines for this. The boss of the airline Lufthansa, Jens Ritter, on the other hand, sees the progress made by the announcement of the strike in question. The walkout will weigh on customers and staff beyond the day of the strike, Ritter said on the LinkedIn platform.

According to its own information, Lufthansa has offered a two-step lump-sum salary increase of a total of 250 euros for a period of 18 months, which will be accompanied by a profit-related increase of 2% from July onwards. ‘next year. With a monthly base salary of 3,000 euros, this would translate into an increase of 9 to 11%, the company calculated.

Verdi negotiator Christine Behle called the example “nicely calculated”. For other pay brackets, the increase is only around four percent and therefore leads to real wage losses for employees, she told the “Stuttgarter Zeitung” and the “Stuttgarter Nachrichten” (Tuesday ). The union is asking for 9.5% more money in the salary grids for a period of 12 months, but at least 350 euros.

Update 12:35 p.m.: The Verdi union is expecting a very high turnout in its Lufthansa warning strike on Wednesday. This became apparent when the employer attempted to check operational readiness in various departments, Verdi strike leader Marvin Raschinsky said on Tuesday. He also expects effects on airlines outside Lufthansa, since striking units also provide services to others.

According to its own statements, the holiday airline Condor has so far not had to cancel any flights. Passengers scheduled to arrive on Lufthansa flights are advised to board the train. We do not work with Lufthansa companies on the ground, said a Condor spokeswoman.

Is the base salary currently

in both cases, one cannot live an independent and decent life in FRA or MUC (+ surroundings) with the NET paid!

So why the question?

a.Are the figures gross or net?

This is ALWAYS traded on gross, as you have no influence over taxes.


b.Is the proposed percentage increase already included in the stated base salary or is it additional?


Math is not your thing!?!But yours yes 😉

Okay, so the question more specifically:

Is the base salary currently

in both cases, one cannot live an independent and decent life in FRA or MUC (+ surroundings) with the NET paid!

Previous articleThe Ibex 35 falls 0.2% to close above 8,000 points
Next articleStefan Mross: Shortly after the start of the trial, the accused pleaded guilty