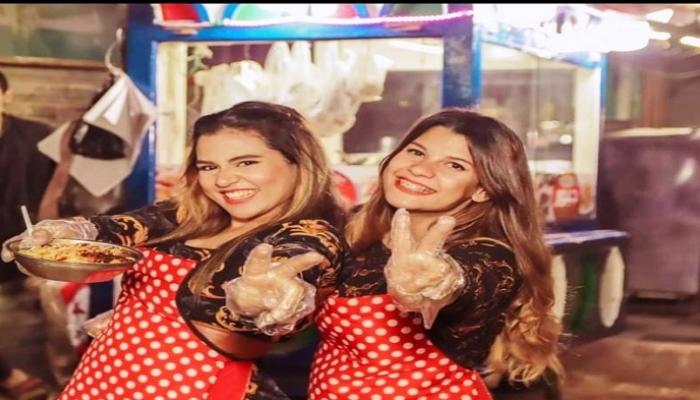 Behind a small mobile cart in the neighborhoods of Cairo, the two teachers “Lubna and Lamia” prepare quick meals for passers-by.

No time to rest is the motto of “Lubna and Lamia”. The first is a high school teacher, the second is a teacher in an international school in the morning, and at night the food stove is the love of her.

And on the outskirts of the Egyptian capital, Cairo, the two girls light up their stove to cook and sell it to customers craving delicious food after the end of the school day.

The two blondes turned to the culinary profession after finishing the school day, mainly due to their great love and passion for this profession.

The decision to hit the streets and pursue the profession in the field was not an easy one, fraught with the dangers of harassment on one side and failure on the other, but the two blondes know no despair.

The parents were at home, as usual, overwhelmed with fear that the two girls would come downstairs, but their insistence made them agree to allow them to go through the experiment.

And since they don’t have the expense of running a dedicated restaurant or buying a dedicated cooking cart, the two girls decided to rent kitchen carts in more than one popular area, where the clientele abounds, and the sales movement in those places is more lively. . that other places that have a special character, and therefore their desire to focus on the neighborhoods with the highest population density, was an economic choice on their part before undertaking the work, according to themselves.

Lubna and Lamia adhere to food safety regulations, so they are willing to wear protective socks, as well as ensuring that the place is cleaned on a regular basis to keep customers safe.

The winter trip to choose work places and meals is different from the summer trip, as their work as two teachers means that during the winter season they start their kitchen work late and finish at ten o’clock at night to wake up for the day next to go to school.

In summer, when the school holidays start, they really want to go out on the street from seven in the morning to prepare food and serve it to their customers. 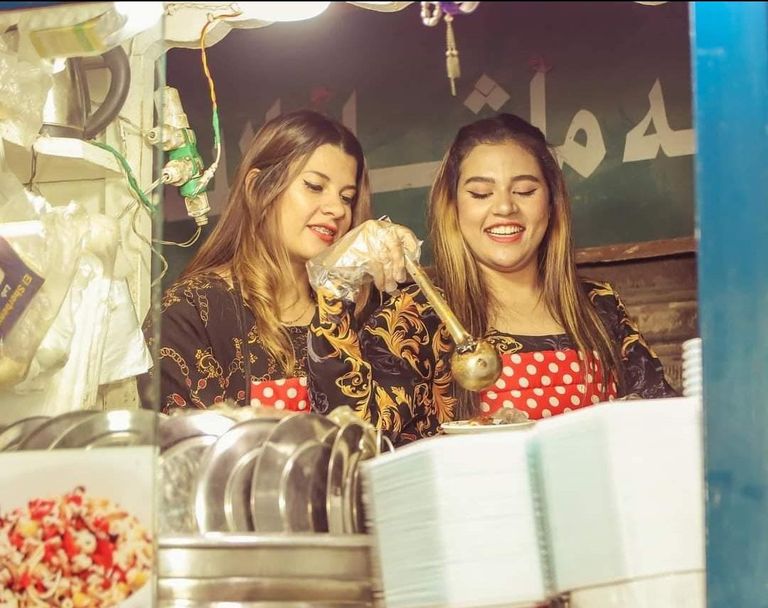 Lubna and Lamia’s work is not limited to cooking a single meal or being in the same place, and according to their statements in Egyptian media, the food they offer to customers varies depending on their presence or the time of their presentation. hawawshi, or make sweets and sell them at night.

Between bullying and encouragement, the two girls find themselves at a loss as many members of society accept them with open arms, including their students at schools. However, bullying tongues may come to them at times, but they are not worried about such talks and focus only on their work.

The two beautiful girls still do not think about the dream boy, their only concern is self-realization at work and the realization of the longed-for dream of opening a popular food restaurant.