Low temperature logistics, the revolution that came from the cold 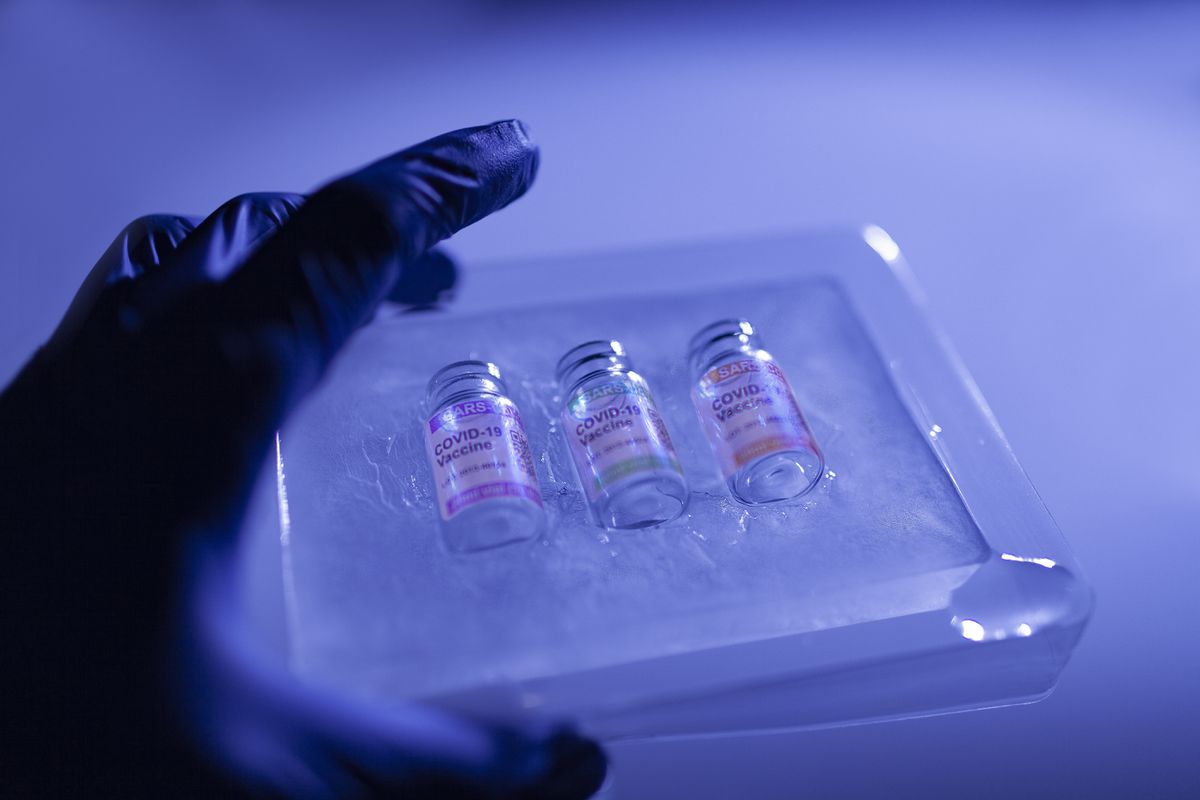 “We recently shipped a birthday cake that crossed the entire peninsula and arrived at the recipient in perfect condition, ready to be served.” The example used by Pere J. Vandellòs, manager of the sub-directorate of logistics and cold at Correos, to illustrate the technological evolution of cold logistics (transport of chilled, frozen or deep-frozen products) seems like a marginal performance, but it is not . Among the cake’s ingredients are chocolate, a product with a very high temperature sensitivity, since a slight change in temperature, up or down, is enough to melt or oxidize.

Birthday cakes, yes, but also vaccines, fruit or crustaceans. Technological innovations and passive refrigeration (i.e. based on isothermal packaging and not on vehicles with cold rooms) have revolutionized the land, air or sea transport of perishable, heat-sensitive or particularly sensitive products in recent years. As Vandellòs points out: “The range of items that we can transport over long distances, at a constant temperature and with full guarantees, is increasing.”

It is also a daily achievement that the oysters and razor clams that Borja Conejero distributes from its warehouse in Vigo (Pontevedra) arrive in perfect condition in such remote places as Norway or Lithuania. Conejero is the founder and owner of Mordeste, a Galician food company specializing in seafood, meat and fresh fish, with a heavy reliance on excellence in temperature-controlled shipments. They carry out more than 5,000 shipments a year and have hardly registered any incidents in the last year “mainly thanks to technological innovations in the sector”. In fact, the system used by Correos “keeps the temperature of the shipments very well, guaranteeing a high level of traceability and control of the package delivery conditions”. For this purpose, the products of the entrepreneur from Pontevedra are filled into reusable and reusable containers, “refrigerators of the new generation with reusable cold packs for multiple use”.

Cold logistics is a booming sector in our country, as evidenced by data from employers in the Aldefe sector (Federation of Cold Storage, Logistics and Distribution of Spain). In the words of Pere Vandellòs, “a very remarkable technological change has taken place in recent years, which the pandemic has accelerated”. This shift in the industry is so big and important that in 2020, for example, Correos began designing the main lines of its new temperature-controlled delivery service, which launched just a few months ago. Today, according to Vandellòs, the commitment to passive cooling is “firm and strategic.”

Two types of transport solutions are used in controlled temperature transport: active and passive cold. In the first case, the items are transported in large cold rooms equipped with electrical temperature control systems. In the second, products travel in insulated isolation boxes that remain constant in temperature without external systems as they use PCM cold storage (gels and eutectic plates), dry ice, dry ice and liquid nitrogen. This allows them to be transported in regular trucks, as they do not require refrigerated storage, products with different temperature ranges can travel together in their own box, and possible breakdowns or power outages will not affect the cargo.

Passive cooling, according to Vandellòs, “guarantees significant savings in the carbon footprint”. It also has a positive impact on the quality of service, as “it allows the use of intelligent devices that control the temperature and humidity of each individual box in real time.”

Mobile refrigeration is an industry with a tradition dating back to the mid-19th century. Even then, natural ice was used to transport perishable products both in ships and in land vehicles that became refrigerators on wheels. The first major nucleus of this fledgling industry was established in London’s St. Katharine Wharf, which as early as 1882 was home to huge cold storage rooms used to store meat products for later distribution in the UK. The concept of the “cold chain” was coined in 1908 and since then the importance of thermally simple consumer goods, transported at a controlled temperature and as consistently as possible, has been appreciated. By the mid-1950s, the refrigerated transport industry, particularly food, was taking off around the world thanks to innovations such as dry ice and refrigerated trucks.

The latest developments in the industry have come up with areas of technological innovation such as artificial intelligence algorithms, large-scale data intelligence, blockchain (Blockchain) or the Internet of Things. Thanks to the applications derived from these areas, it is possible to carry out qualitative real-time monitoring of these isothermal boxes, with an autonomy between 48 and 100 hours, traveling long distances with sensitive products inside. In addition to constant and precise control of temperature and humidity, these devices include real-time reporting of events.

In the last few decades, the demand for refrigerated transport options for products from the pharmaceutical industry, such as vaccines or cancer drugs, has particularly increased. The so-called thermolabile drugs, i.e. those that can be destroyed, degraded or significantly altered by heat, are currently the main beneficiaries of the increasing use of passive cold.

According to the logistics service provider group DHL Supply Chain Iberia, around 85% of pharmaceutical laboratories in Spain have already expressed their preference for passive cooling when transporting their thermolabile products. The distribution of the COVID-19 vaccines, which began in January 2021, also made extensive use of this system in much of the Spanish Autonomous Communities. Teresa Pilar Pérez, Technical Director of Logaritme Serveis Logístics (Barcelona), explained at an industry conference that this is “because of the guarantees of temperature control through passive cold and because the use of portable isothermal boxes reaches all vaccination points in the simplest way.

In the case of Correos Frío, its services to the pharmaceutical industry represent around 20% of the total volume, “the rest is food and almost exclusively chemical products”, explains Vandellòs, who highlights one of the main advantages with What the company has a workforce in which more than 30,000 professionals have already been trained in GDP (Good Distribution Practice), ie in the new Community directives that regulate the guidelines for the distribution of medicinal products for human use in the territory of the European Union. Today they do Shipments to any point in Spain, Portugal or Andorra, However, they do not rule out using their international network of contacts to expand the service in the medium term. The only technical problem, as Vandellòs explains, “is the recovery of the equipment in long-distance transports”.