Lorenzo Brown: ‘There’s only one game left and we’re ready to play it’ 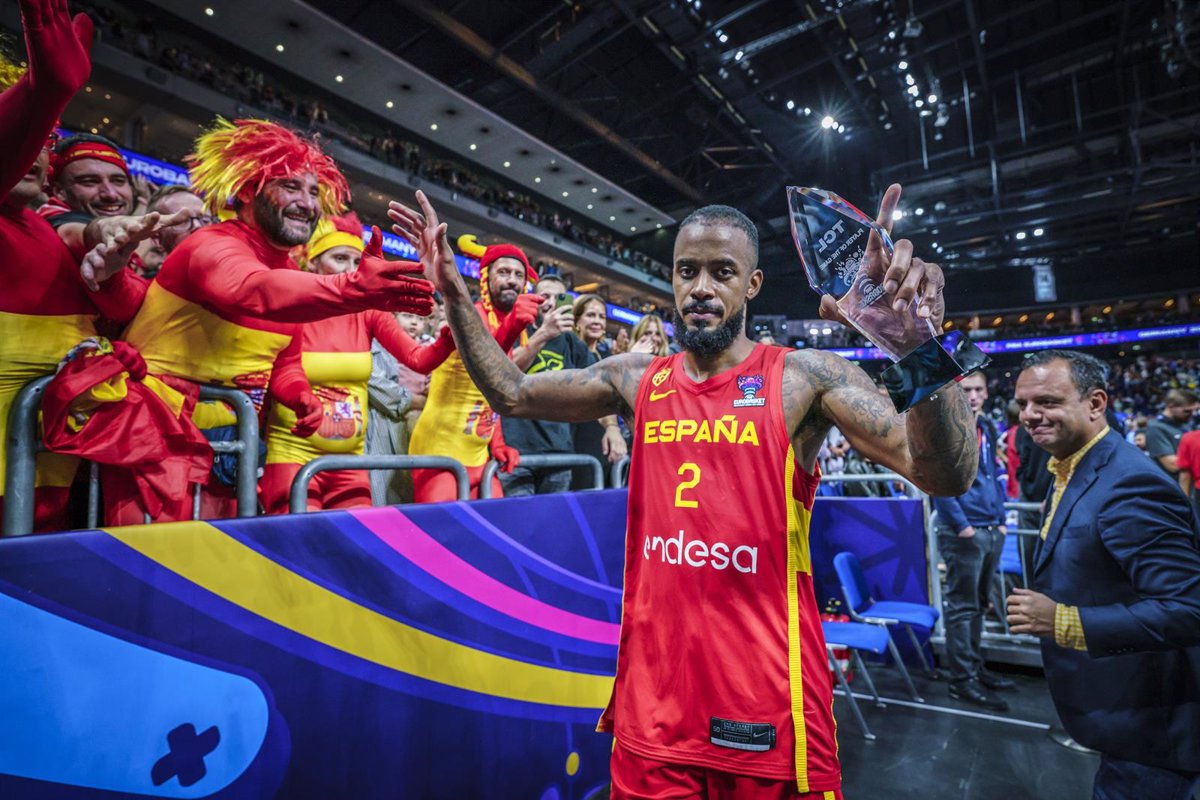 Spain national team player Lorenzo Brown reiterated this Friday that the key to defeating Germany (91-96) was “ball circulation”, in a game where “courage” was necessary to “endure” and to reach the passage to the final of the Eurobasket, the last game of the tournament for which they are “ready”.

“In the first half the energy was fantastic, it was wonderful to play on a pitch like this. I’m happy about the work, I think our players were great and then Schroder came along and he was incredible.” Brown held a press conference.Press about the start of the game against the Germans.

The point guard was the best in the Spanish side with 29 points and 80 percent shots from two, another wonder for the team who will be in contention for their fourth European title. Brown cited the team’s “courage” at key moments as one of the foundations of victory. “There are players like Alberto (Díaz) who made a lot of very special shots because he took a step forward and played a great game defending Schroder and giving us the win,” he added.

“Since I arrived, I’ve focused on moving the ball, we don’t have that kind of players, we don’t have a big star, so moving the ball is the key to winning games. Moving the ball depends on that Confidence and commitment from the team, that’s been our strategy since we started and look where it got us,” he pointed to ball circulation as the Spanish “success” of the tournament.

Finally, he admitted he doesn’t know “much” about the rivalry between Spain and France, who are in contention for gold this Sunday, although he explained he will be investigating “at the hotel”. “I’m sure I’ll know a lot more in the game than I do now. There’s only one game left and we’re ready to play it,” he said.

Previous articleCartagena narrowly wins Levante and sleeps as leaders
Next articleThe Rings of Power: Episode 5 preview – what’s next for Amazon’s ‘Lord of the Rings’?