Lorca, in the town on the outskirts 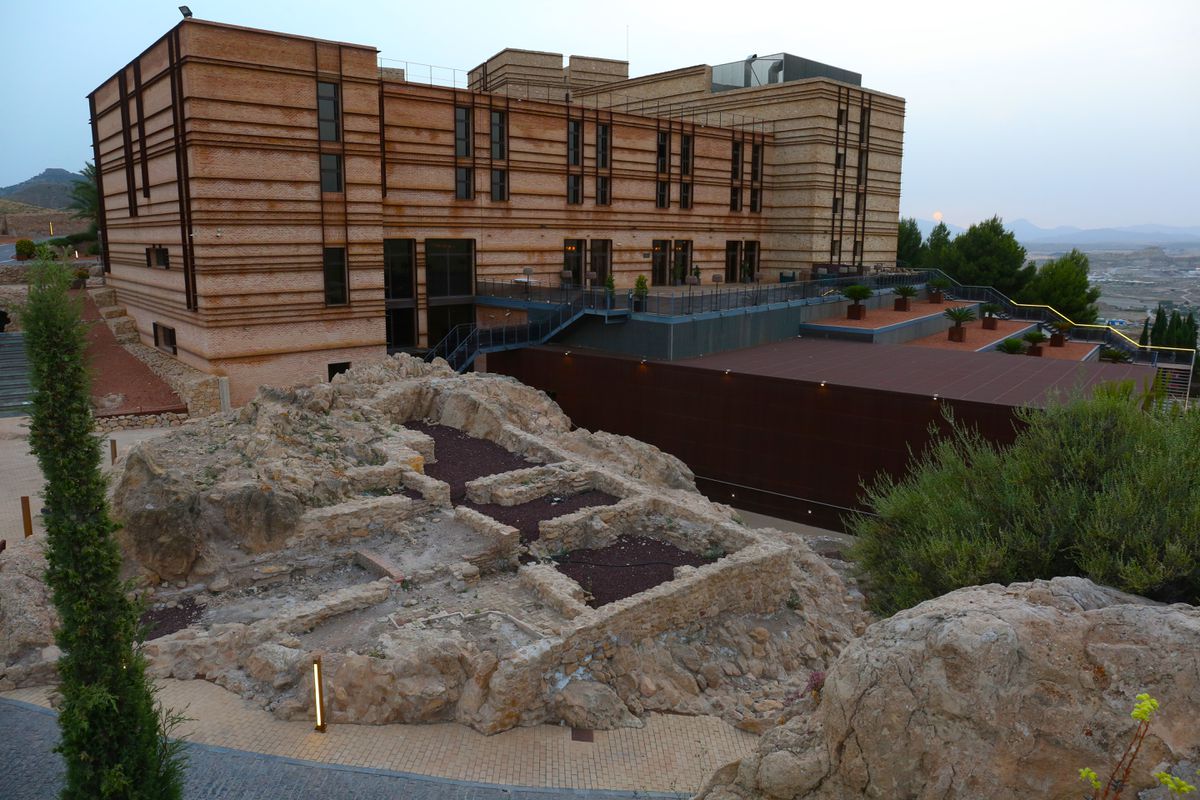 A land inhabited for 5,500 years, Lorca still offers visitors the feeling of discovering something new. Residents of this Murcian community, the historic border between the Castilian crown and the Nasrid kingdom of Granada, always hear the same thing from their visitors: “I didn’t think this city had so many things.” And there are plenty of them: in the city center you’ll find them the ancient collegiate church of San Patricio and bourgeois baroque architecture represented in the town hall or in the Guevara house. At the southern end, the Cabo Cope and Puntas del Calnegre Regional Park awaits you with its coves and beach bars where you can enjoy rice or fried squid. And on the hill overlooking the Guadalentín Valley stands the medieval castle and the Lorca Inn, whose construction led to the two thousand the discovery of 18 Jewish houses and a 15th-century synagogue, new elements that continue to amaze travelers interested in culture and history and explorers looking to get off the beaten track.

THE PARADOR AND ITS REGION

The inhabitants of Lorca love their castle, which they climb every November 23rd on a pilgrimage to celebrate the feast of San Clemente, one day a year to commemorate the Christian conquest in 1244 led by Infante Alfonso de Castilla was led. Since the Parador opened, the reasons to climb the hill more often have multiplied. Not only because the residents of Lorca use the hotel’s cafeteria, restaurant and spa, but also because the existing archaeological park on this promontory benefits from the existence of the Parador: more use means better conservation. This is how heritage is protected and history told to locals who don’t need to know everything and visitors in search of visual and emotional richness. Everything that happened in this fertile territory, occupied since the end of the Neolithic, carries weight. The Guadalentín River, now underground, burst its banks and filled the area with silt, which explains the early settlements. Today Lorca attracts the population and stops desertification and unemployment with the water from the Tajo-Segura transfer and with the beginning of tourism supported by the Parador.

Enrique Pérez, tourist guide and archaeologist, points out an aspect of the continuous excavations carried out for the construction of this four-star hotel, which has led to the discovery of the Jewish Quarter, which has been enriching for the residents of Lorca: “Progress has been made in the Knowing the city we know more about Lorca”. The Parador’s location initially raised some concerns among some Lorca for fear that the hotel would engulf the castle, but the result is a building in harmony that has enhanced this area populated by Arabs, Christians and Jews in the Middle Ages: “Although they needed each other, they lived together more than together,” says Pérez, without downplaying the importance of this coexistence but avoiding idealization. The Castle Archaeological Park, opened in 2003, offers visits to the Alfonsina Tower and the Espolón Tower, the aforementioned synagogue and several cisterns, of which the Grande stands out, a 550,000 liter tank converted into an exhibition space.

Ginés Ros, receptionist at the Parador, says that when the residents of Lorca walk through the tunnel that takes them to the hotel, it is as if they have gone on holiday: “They come to eat, have a drink, something to drink massage… big celebrations like weddings or communions,” he says. Another type of customer using the 13,000 m2 of the Parador are companies celebrating an event or a congress. The hotel has a divisible and versatile multi-purpose area that can accommodate up to 350 seated participants.

It is customers who go down to Lorca to take a stroll along the Corredera or to see the archaeological museum that houses 27 glass lamps reconstructed from the remains of the synagogue. You’ll also go to the local quality produce shop, which sells crespillos (crusty pepper and oil bread), Zarcilla de Ramos cheese, or cured meats made from Murcian chato, a local breed of black-haired pig. “The customer of the inn is looking for quality. The opening of the hotel has brought a different kind of tourism to us than before,” says Encarni Llamas, the shop’s owner. “Well, Lorca doesn’t know how to sell himself,” he laments. Llamas moved his business from the old town to a busier street to complement his clientele with locals. It may seem like a shop to outsiders, but it sells loaves of bread to neighbors instead of postcards from the old baker’s warehouse to tourists, from the few Renaissance buildings that survive in the town: “We still lack tourism,” Llamas points out.

The restoration of the old town

The Lorca earthquake of May 11, 2011 is still felt in the city. Some buildings are still supported. Others have been remodeled and painted white and albero: “The old town is recovering more and more,” says Pérez, pointing to the fact that new shops have opened and it’s coming back to life. Not so much because of the earthquake damage, but because in cities this size, residents tend to move to the fringes and the center loses momentum. “Lorca is a city of services and thrives on agriculture and animal husbandry,” he clarifies. Tourism is a sector with potential for growth, which is regretted in the present but celebrated in the future.

There are special dates when the city is filled with visitors. Holy Week in Lorca is highly regarded; so much so that since 2007 it has been a Festival of International Tourist Interest. Not only are there processions, but the Old and New Testaments are also performed with figures and biblical events. The Virgin’s cloaks, embroidered in silk and gold, reach 40,000 euros, according to the Pérez guide. The two main fraternities, the Paso Blanco and the Paso Azul, compete to see who is best dressed. No one wins because there is no competition, although both believe it does. There is rivalry. Pérez, a 53-year-old from Lorca, points out that the folklore of choirs and dances is very rich in the area, and puts the spotlight on the September fair as another opportunity to continue attracting visitors, “when the people of return to the beaches and the city gets its pulse back,” he concludes.

Those who come in summer have the opportunity to get to know the city in the morning and go to the beach area to eat and swim. The municipality of Lorca reaches the coast as far as Puntas del Calnegre, a fishing village that has not suffered any encroachment for a century. The only concession to tourism is a series of beach bars with paper tablecloths that sprawl along the beach, serving octopus and oily fish, which is what the Mediterranean offers in these waters, along with produce from the garden and rice.

THREE DEPARTURES WITHOUT LEAVING THE REGION

Claudio Pérez and Marina Gelardo stroll along the beach at Calnegre. This woman in her 30’s has been coming to town since she was born. They carry equipment for diving near some rocks that separate the Calnegre beach from the cove of the same name, which is more crowded because it is more closed and pleasant. Santiago Espín, a resident of the area, approaches the couple to talk to them. He’s a retired special effects artist and lives with his wife in a house that’s right on the beach, adjacent to one of the beach bars. He assures that there used to be 12 fishermen for each boat. Now he says there are only three men who go out fishing. Located in the Cabo Cope and Puntas de Calnegre Regional Park, the city is frozen in time. The shelter stretches over 17 kilometers of coastline, something that Lorca residents boast about. When one has explored the city, they always lead the visitor in two directions: to the beaches and to the castle.