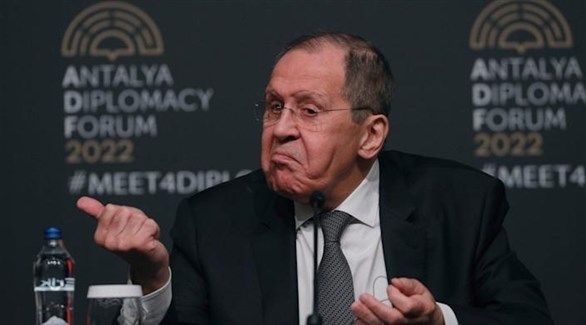 Among the targets of the sanctions are the Russian diamond giant Alrosa and the Wagner private military services group, the founder of Tinkov Bank Oleg Tinkov, the director of Russia’s largest Sberbank, German Gref, and the daughter of the alleged mistress Russian Foreign Minister Sergei Lavrov Polina Kovaleva. , who lives in London.

“There are reasonable grounds to suspect that Polina Kovaleva is linked to Russian Foreign Minister Sergei Lavrov through her relationship with her mother,” the British government statement said on Thursday.

Evgeny Shvidler, former director of the Evraz steel group, was also targeted by British sanctions, and Galina Daniilchenko, who was appointed by Russian forces as mayor of the Ukrainian city of Melitopol.

“These wealthy individuals, corporations and criminals for hire are complicit in the murder of innocent civilians, and it is only right that they pay the price,” Secretary of State Liz Truss said in a statement announcing the new sanctions.

“Putin must not live under illusions, we stand united with our allies and will continue to suppress the Russian economy to help ensure his failure in Ukraine,” he added.

The assets of people subject to the British sanctions will be frozen, meaning no British citizen or company can deal with them, while natural persons are subject to a travel ban that prevents them from traveling to and from Britain.

More than a thousand Russian individuals and entities have been listed as targets of British sanctions since the start of the Russian invasion of Ukraine on February 24.