Lola Gallardo: “If there’s going to be anything positive, let it be now and we’ll get to England clean” 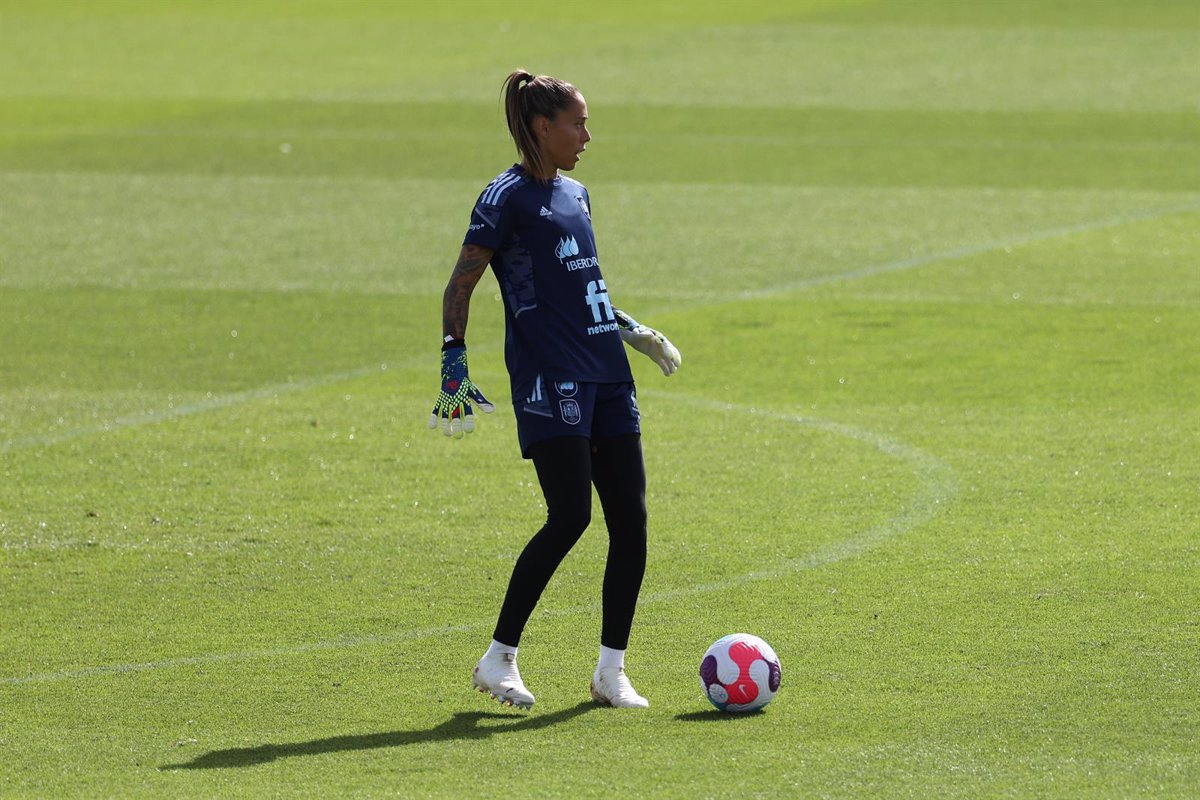 The goalkeeper of the Spanish team, Lola Gallardo, warned this Wednesday that the coronavirus “does not warn” but that it is preferable that the positive cases that occur in the national team are “now” and that “all” are “clean “ can arrive. at a European Championship in England, which they are “very excited about”.

“We knew we might find rocks along the way. The Covid doesn’t warn us, we have to take measures so it doesn’t happen and if it does it should be now, two weeks before the European Championships. We are lucky that Sandra Paños and Andrea Pereira have recovered and we must send a lot of encouragement to the compañeras and that they recover as soon as possible because we need them”, stressed Lola Gallardo at a press conference after being told by Marta Cardona’s positive result had been fifth since Monday, although Sandra Paños and Andrea Pereira have already given negative and may be reinstated.

The Atlético de Madrid goalkeeper assured that despite these cases, they are “calm” and continue “working to arrive in England in the best conditions”. “Ultimately we have been in the pandemic for two years and we are trying to take all possible precautions but it is something we cannot see. We are calm because the measures that were not taken before are being taken and I hope we do.” all arrive clean in England,” he stressed.

On the other hand, Gallardo admitted his “luck” to have “already been present at big tournaments with the national team” and advised the less experienced to keep “working” and “enjoying the companions and every call”. “We have to give 100 percent because we have to be at a very high level to get here,” he said.

“We go day by day, enjoying that focus and trying to get on the list, which is not easy at all. We have to make it difficult for Jorge (Vilda) to see if we can be there and think about Finland from there,” added the Andalusian.

With this in mind, he has also been cautious about the national team’s options for the EURO. “There are very strong teams like Germany or England playing at home, we haven’t won an important tournament yet and we just have to come to the game against Finland and try to win the three points to start on the right foot” , said she said.

“The team is very excited. It was very hot last week and we felt it, but I see that little by little the team is taking care of those details that allow us to achieve great things at the European Championship. We have time to fix things that don’t look good against Australia and improve on the good ones and get 200 per cent against Finland,” said Lola Gallardo.

The international goalkeeper was also pleased with the friendly against Australia in Huelva. “I always want to play in Andalusia and it’s true that now we’re lucky enough to go there often with the national team. We’re looking forward to playing against Australia, seeing the sensations, the rhythm and meeting other team-mates .” not ours,” she said.

Finally, he referred to Pachuca’s signing of Jennifer Hermoso. “She knows, I’ve talked to her a lot and when she’s happy, so am I. I don’t know how much money she will make, I’m just interested in her doing well and continuing at a high level and enjoying football. The Spaniards are among the best in the world,” he said.