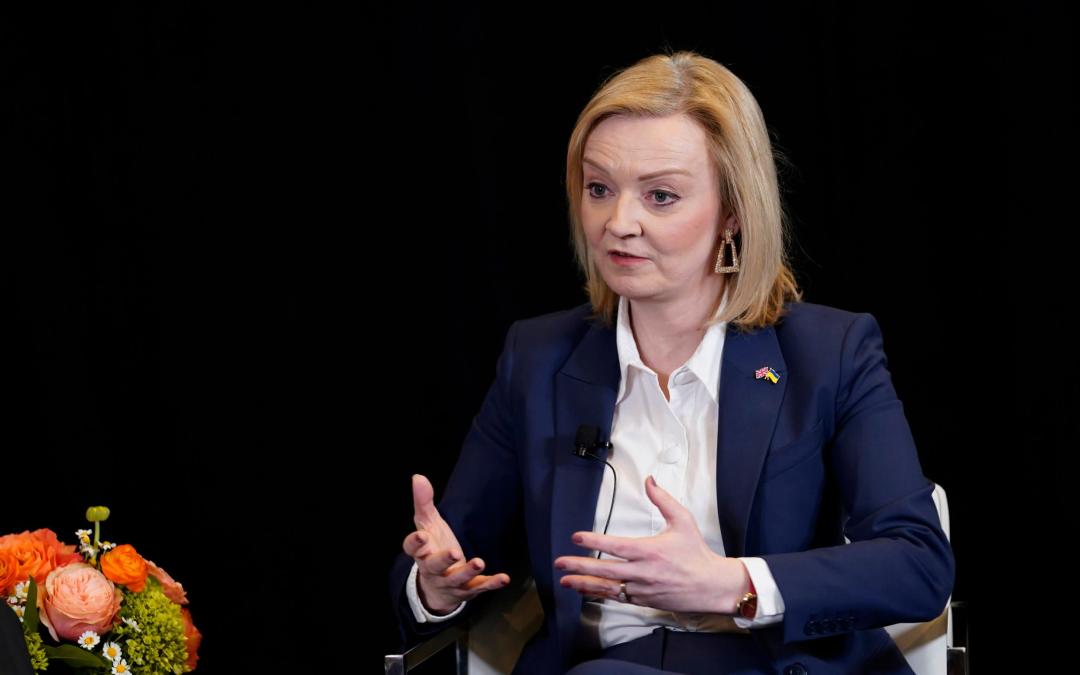 Liz Truss has denounced the Chinese government after a UK-based group promoting human rights in Hong Kong became one of the first foreign organizations to be targeted by a far-reaching national security law.

Hong Kong authorities have formally warned Hong Kong Watch that its website and activities may potentially violate national security law, which is punishable by a fine of HK$100,000 (GBP 9,820) or three years. jail for Benedict Rogers, its British founder.

In response to the threat, Rogers issued a statement saying he refused to be silenced by Beijing “which, through a mixture of senseless brutality and ineptitude, has caused rapid mass migration out of the city and shut down the civil society”.

The Foreign Minister said the action against Hong Kong Watch was “unjustifiable” and described it as “an attempt to silence those who defend human rights in Hong Kong.”

It also urged Beijing to “respect the universal right to freedom of expression and uphold that right in Hong Kong in accordance with international commitments, including the Joint Declaration.”

“Trying to silence voices around the world that stand for freedom and democracy is unacceptable and will never succeed,” Truss said.

Hong Kong Watch was accused of collusion with foreign forces, which was criminalized under the national security law imposed by Beijing in 2020 in an effort to crush pro-democracy protests in the city.

A letter from Hong Kong authorities said the group was “engaging in activities that seriously interfered with the affairs of the [Hong Kong special administrative region] and endanger the national security of the People’s Republic of China.”

Such activities included “pressuring foreign countries to impose sanctions or blockades, and committing[ing] in other hostile activities…and seriously disrupting the formulation and implementation of laws or policies [by the Chinese government]”.

The warning from Hong Kong authorities also confirmed that the organization’s website, blocked there since at least February, had been censored under the national security law.

The law technically applies globally, although it is unclear if and how authorities in Hong Kong will enforce it in practice.

Activists fear for their lives

Since it came into force in July 2020, a number of politicians, activists, lawyers, doctors and other professionals have fled Hong Kong fearing attack.

More than 50 civil society organizations have also been forced to close, including the Hong Kong Alliance, a prominent group that previously held an annual vigil to mark the 1989 Tiananmen Square massacre, when peaceful student protesters were shot by the Chinese military. .

That incident is considered one of the most taboo subjects in modern Chinese history and is completely erased from mention.

Lord Patten of Barnes, Britain’s last Hong Kong governor, said that going after Hong Kong Watch is “another shameful example of Vladimir Putin’s friends in Beijing and his mercenaries in Hong Kong trying to not only stamp out free speech and information in Hong Kong Kong Kong, but also to internationalize their campaign against evidence, freedom and honesty”.

Erwin van der Borght, Amnesty International’s Asia-Pacific regional director, said the warning “points to a disturbing expansion of this crackdown on attacks against groups operating out of Hong Kong, highlighting the threat that this law could theoretically be used to prosecute anyone. in the planet”.

The blocking of the Hong Kong Watch website “within the city shows how authorities are increasingly resorting to internet censorship to suppress opposing views, a tactic routinely used by Chinese central authorities.”

The Hong Kong police, which sent the warning to Hong Kong Watch, said it “will not comment on specific cases.”