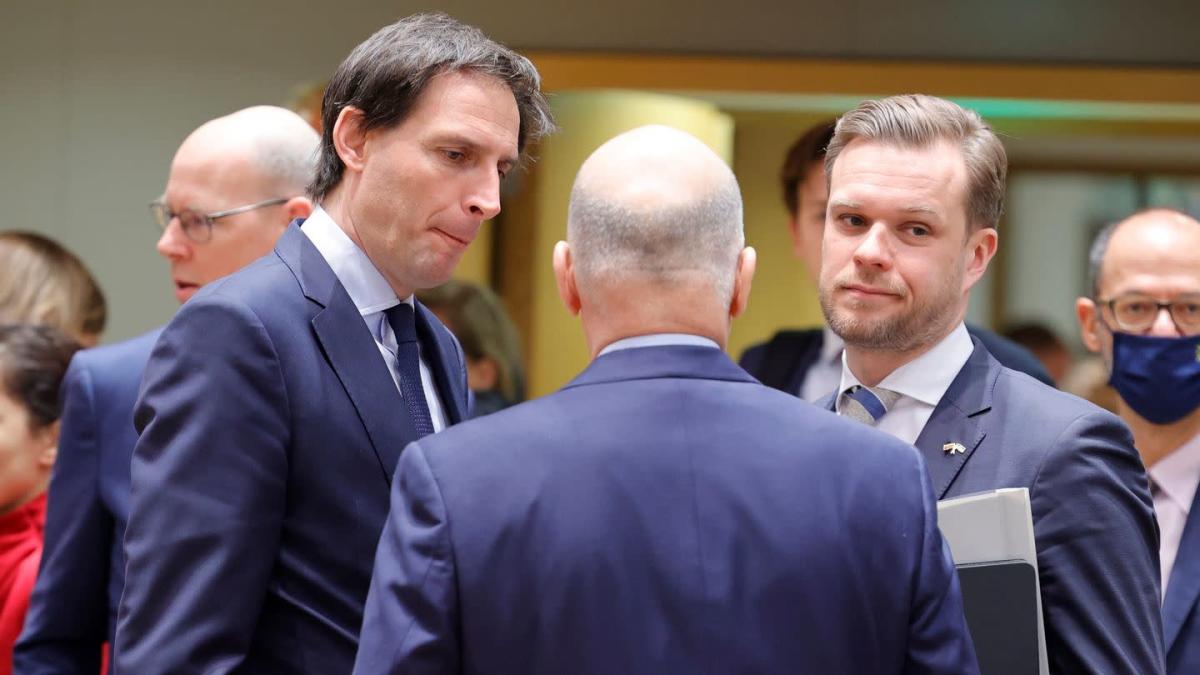 Brussels (AP) – Lithuanian Foreign Minister Gabrielius Landsbergis has warned of sanctions fatigue on the sidelines of EU consultations on Russia’s war against Ukraine.

“There is this feeling in the room that we would like to sit down and take a deep breath because the first three or even four weeks … were incredibly difficult for Europeans,” he says in Brussels. But he thinks this is “very bad news” for those who were fighting in the Ukraine.

“Don’t get tired of imposing sanctions”

“We cannot give the impression of being tired until the war in Ukraine is over. We do not get tired of imposing sanctions,” he said. It is inevitable to talk about the energy sector. For example, other suppliers could be found for oil deliveries from Russia. Oil is also Russia’s most important source of income.

Landsbergis accused Russian President Vladimir Putin of applying policies reminiscent of those of the Nazis. “Personally I think there is a great similarity between Putinism and Nazism. It’s an ideology, it’s a system,” she said. In addition to leaders and followers, there is even a symbol, Landsbergis said, referring to the “Z”, which according to Russian information in the Ukraine war stands for the motto “For victory”.

For Lithuania itself, Landsbergis called for more support for deterrence against Russia. More military equipment is needed and defense plans must be adapted to the new reality in the region.

The foreign and defense ministers of the EU states are discussing today in Brussels the latest developments in the war in Ukraine. The latest draft of a new security policy concept for the EU is also on the table at the Brussels meeting.

The so-called strategic compass aims, among other things, to determine what skills the EU should have in the field of crisis management in the future. According to plans, one of them will be a completely new rapid reaction force.

However, until recently it was unclear whether the concept would be decided yet. According to diplomats, Poland, Lithuania and Croatia still had requests for changes that were rejected by other states. Poland, for example, is said to want the text to emphasize the importance of NATO for the defense of Europe. It is also called for more money to be made available for defense in the EU’s next multi-annual budget.

Early drafts of the German-initiated concept were available long before Russia attacked Ukraine. According to diplomats, they have now been reviewed again in view of the latest developments.

Ukrainian Defense Minister Oleksiy Resnikov will also participate in the consultations that the EU Defense Ministers are conducting without the Foreign Ministers. The situation in Mali is also on the agenda for separate talks between the foreign ministers.