Libyan-Libyan talks in Tunisia under the auspices of the United Nations. What are the chances of success? 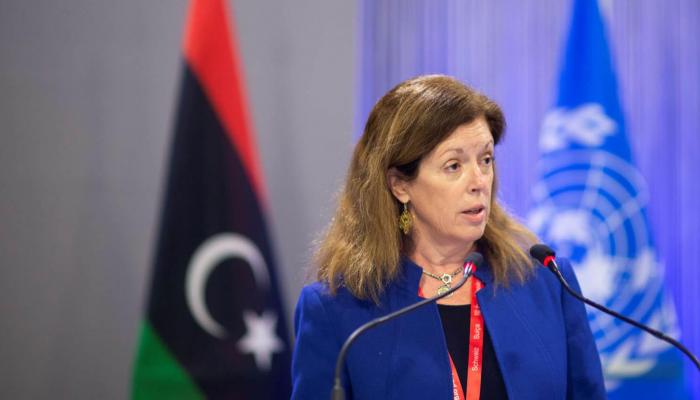 Almost 3 weeks after its presentation, the interaction around the UN initiative is still the dominant position in Libya, especially after the date of the first meetings on it was revealed.

On March 3, the UN envoy to Libya, Stephanie Williams, proposed an initiative to select 12 members of the House of Representatives and what is known as the “supreme state”, to form a committee that would meet for 15 days; Lay a new constitutional basis for Libya, on the basis of which the presidential and parliamentary elections will be held, which could not be held on December 24.

However, after weeks of presenting it and what is known as the “Supreme State” “struggling” to accept it, and with the Libyan parliament “silence” so far to interact with it officially, Williams announced that joint talks between both chambers will be held this week in Tunis, with the aim of reaching a conclusion: Formulate and approve a consensual constitutional norm on the basis of which elections will be held.

Williams’ announcement raised many doubts about the possibility of Parliament’s participation in it, especially since 93 deputies expressed their objection to it in a letter to the UN mission and diplomatic embassies in Libya, calling it a “parallel path”. .

Despite these questions about the involvement of the parliament, they were not a concern for Libyans and observers of the situation, especially since the House of Representatives supports any step that resolves the crisis in Libya; Rather, what “concerns” everyone is the linkage mechanism of the so-called “supreme state” to the results of these talks, in addition to a certain “scepticism” that they will lead to a possible breakthrough.

In addition, Libyan academic and political analyst Ahmed Al-Aboud told “Al-Ain News” that Williams’ announcement of a specific date for those talks, which were well received locally and internationally, means that he got tacit approval. of Parliament to participate in them.

Cancellation of the 12th Constitutional Declaration

The Libyan analyst explained that with the holding of the Tunis talks, the twelfth constitutional declaration, which was approved by Parliament, is considered invalid, especially since the international initiative, which is not very different from it, will be an alternative to it. .

The UN initiative on Libya… fears and hopes

On February 10, the parliament approved a constitutional declaration that includes 11 points; In particular: the formation of a 24-member committee of experts and specialists in equitable representation from the three historic geographic regions, to be chosen equally by the House of Representatives and the state, taking into account cultural diversity, to review the articles project disputes. constitution completed by the Constituent Assembly and make possible amendments to it.

The Libyan analyst expressed optimism about the results of those talks, noting that they would be consistent with the recent state of consensus between the two councils that Fathi Bashagha’s government produced. However, he warned against the withdrawal of the so-called “Supreme State” based on the results of the expected “consensus”.

He called on the UN mission and the international community to find guarantees to bind all parties to the results of the talks, especially the “supreme state”, which always withdraws from any consensual situation.

On the secrecy of the schedule of the talks, the same political analyst said that Williams is facing a real crisis in her continuation as UN envoy to Libya, which seemed clear given the lack of agreement on her in the Security Council. noting that she is picking up the pace to get to real results before early next April. .

According to the Libyan analyst, the results of the expected meetings will not replace the path of the new government and will allow it to fulfill its tasks, noting that the discussions revolve entirely around the constitutional process, and that the issue of forming a new government is a sovereign issue of Libya.

For his part, Libyan political analyst Moataz Belaid told Al-Ain News that the success or otherwise of these talks is a somewhat “complicated” issue. No one can be sure of its success or failure.

International support for “Williams” amid demands for Libyan stability

The Libyan analyst explained that internal reconciliation produced Bashagha’s government, but what is known as the “Supreme State” and those behind him retracted their support, while external reconciliation produced the previous government of Abdul Hamid al -Dabaiba and established specific tasks for it, but the latter “ignored” his tasks and “captured the ruling party.”

Belaid pointed out that the most important thing about the upcoming talks is not their success, but the establishment of really solid guarantees that will put all those who transgress them in their “true place”, and stressed that the international community must look at the issue Libyan. , which “ignored” with the outbreak of events in Ukraine, and established sufficient guarantees, guarantees the success and commitment of the parties in peaceful efforts to resolve the crisis.

My brothers on the political track in Libya… a failed maneuver

The Libyan analyst warned against the position of the “Supreme State”, pointing out that it would abide by the results of these talks if they coincided with its interests, but that it would “revert” against it and put more obstacles if its ambitions were not fulfilled.