Libya: Dabaiba forms a specialized committee on the draft constitutional norm for elections 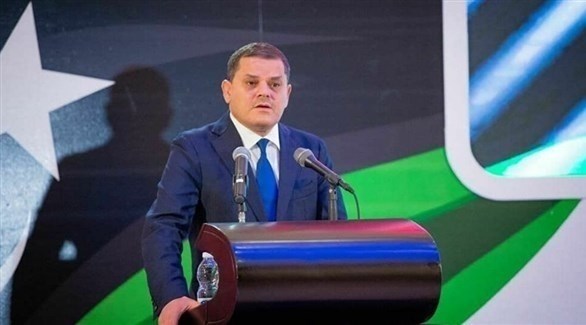 Today, Sunday, the Prime Minister of the Government of National Unity in Libya, Abdel Hamid Dabaiba, instructed the formation of an expanded national committee to carry out a national dialogue on the draft constitutional norm for the elections.

Dabaiba said, in a speech delivered today during the fourth ordinary meeting of the Council of Ministers for the year 2022, that the committee includes independent social and political figures from different regions of Libya, and is leading a national dialogue on the draft electoral law. . and the constitutional norm, and collecting observations on the norm before sending it to whoever decides and approves it.

He added: “It is no longer possible to mortgage Libya to an agreement made by the parties directly in power under the name of consensus, without the presence of popular pressure that is monitored and held accountable. Today, consensus is the will of the Libyans.” to renew legitimacy and consolidate democracy through elections that have become a national right that must be fulfilled, and it’s over. The issue of the extension after the people shouted their refusal.

Dabaiba thanked the ministerial commission formed to prepare the initial draft of the electoral law and its legal and technical team, noting that he was informed about the results of their work in the recent period, without disclosing them.

Dabaiba revealed the contacts he had made in recent days with several international parties, which he did not name, but confirmed his consensus that “elections are the solution in Libya and cannot be avoided.”

He concluded: “Oh people, keep raising your voice, as the goal is about to be achieved.”

All this after the non-holding of parliamentary and presidential elections at the end of last year due to the lack of consensus on its organizational laws, while Dabaiba continues to refuse to cede its functions to a new government mandated by the House of Representatives. headed by Fathi Bashagha.

In a related context, the United Nations Mission in Libya and the Advisor to the United Nations Secretary-General for Libyan Affairs, Stephanie Williams, are still waiting for the House of Representatives to initiate the nomination of a constitutional committee that , together with his counterpart from the Supreme Council of State, will formulate a constitutional norm that will be the basis for the postponed Libyan elections, for which a new date has not yet been announced right now.

The House of Representatives has not yet announced its intention to meet on the matter. On the other hand, the Supreme Council of State formed its committee last week, in response to an initiative presented by Williams based on formulating the constitutional norm by consensus among the House of Representatives and the state through a committee made up of equal parts between the two houses.

The House of Representatives’ reservations about Williams’ initiative stem from his adherence to a road map approved on February 10 (February) “which was rejected by the Council of State in a vote held on the 24th of last month.”

The map stipulates the formation of a committee of the two chambers whose task is to agree on controversial articles in the draft constitution, put it to a public referendum and then hold presidential and parliamentary elections on the basis of the permanent constitution for 14 months.