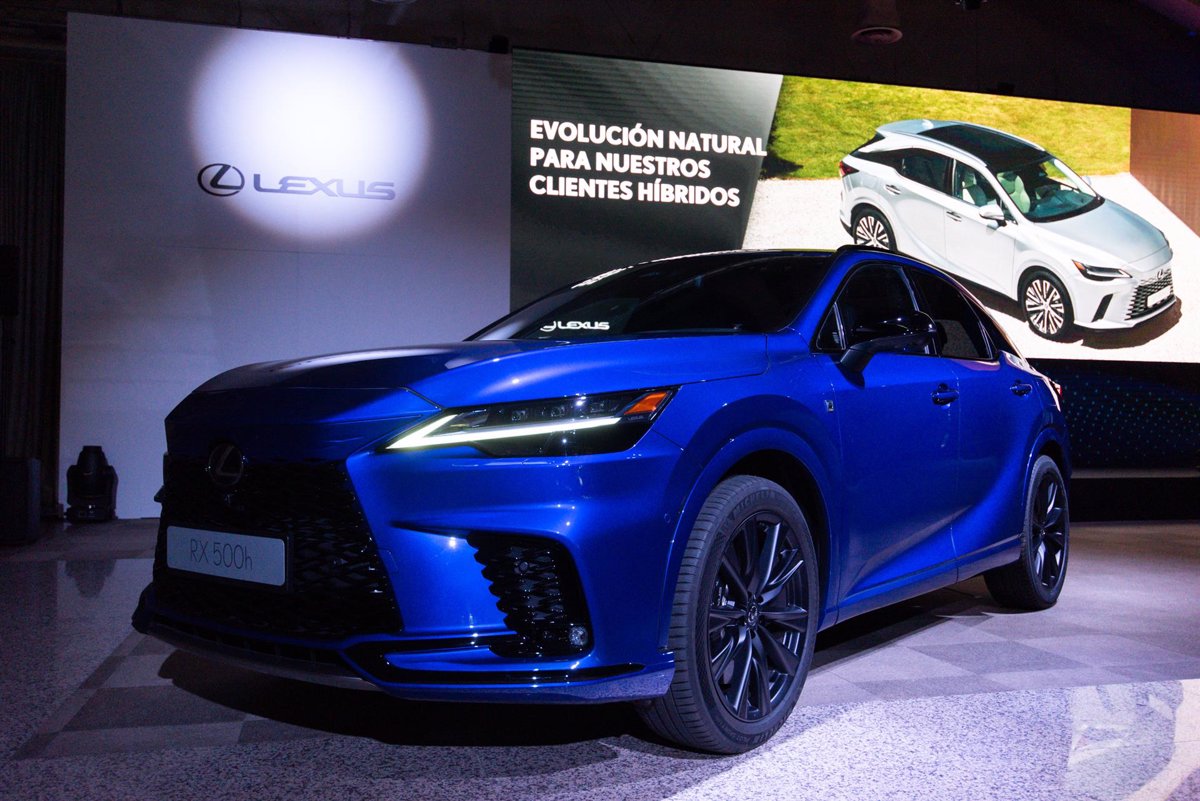 The goal of the automotive group Lexus is to sell around 500 units of the new generation RX on the Spanish market next year, while the units sold of this model in Europe would amount to 12,300, as indicated in the presentation of the RX in Spain.

In total, more than 3.5 million RX have been sold worldwide since its launch in 1998. In particular, 300,000 units have been sold in Europe since then and around 10,500 units in Spain, which is the second model with more Lexus Park.

The new generation features the new “double-headed body”, achieved by integrating the concept of the double-headed arrow into the entire front of the vehicle. In addition, the model is based on the renewed GA-K platform.

The interior is driver-focused, including systems such as the “Heads Up Display” and steering wheel controls for maximum safety. The cabin was equipped with exclusive materials and includes a high level of customization.

The new RX will arrive in Spain with a range of three different electrified variants. The RX 350h is offered with a 245hp 2.5-litre self-charging petrol hybrid engine.

For its part, the RX 450h+ plug-in hybrid variant has a 2.5-liter four-cylinder hybrid engine and a rechargeable 18.1 kilowatt-hour (kWh) lithium-ion battery to deliver 306 hp and a range of 65 kilometers to be developed in electric mode.

Power delivery is controlled by Direct4, a new Lexus-exclusive Rimpull technology recently introduced on the RZ 450e. The system distributes power and torque between the front and rear axles in every driving situation and automatically and continuously switches traction between the two, faster than any mechanical system.

In addition, Lexus installed opposing calipers on the front brakes for more powerful braking, as well as Dynamic Rear Steering (DRS) that determines the optimal steering angle for the rear wheels.

In terms of connectivity, the RX comes standard with a 14-inch touchscreen, “Hey Lexus” voice assistant and the Lexus Link app.

In Spain, the new Lexus RX will be launched with four trim levels: Business, Executive, Luxury and F Sport, exclusive to the 500h engine.

- Advertisement -
Share
Facebook
Twitter
Pinterest
WhatsApp
Previous articlePfizer buys 8.1% of French company Valneva for 90.5 million
Next articleAguado calls for the resignation of the National Executive of Cs and the creation of a manager to prevent its “extinction”.

Accusations against him “invented”?