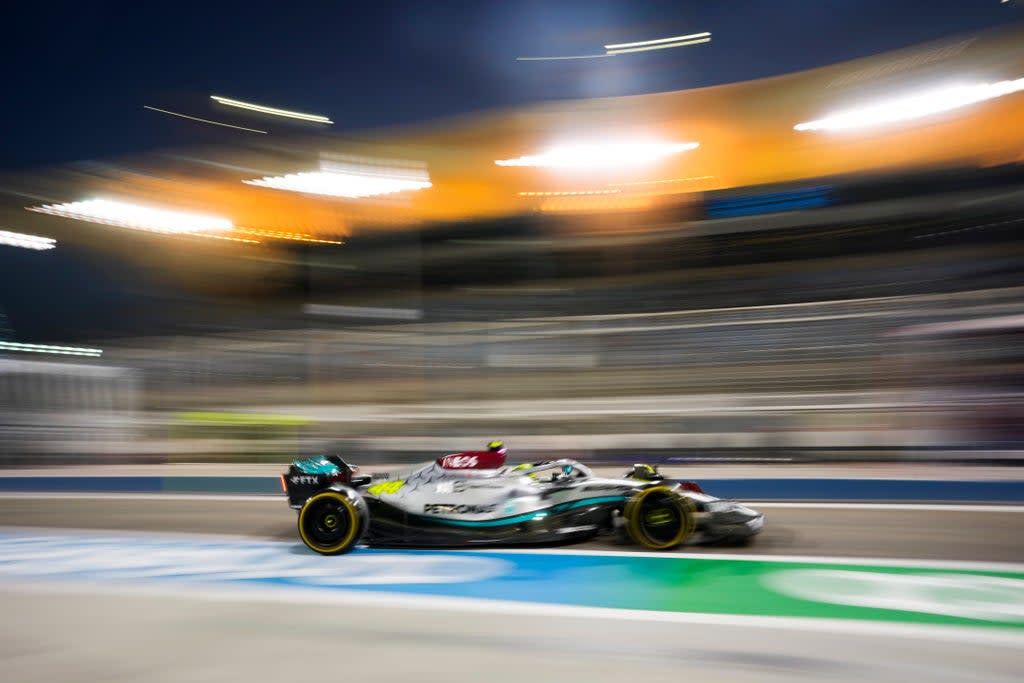 Hamilton arrived for the opening round of the Formula One season fearing that his Mercedes machine was not a contender for victory.

And while practice times are treated with a grain of salt as teams test different tyres, fuel loads and engine settings, Hamilton will be alarmed by his apparent lack of pace.

The Briton, seventh in the first action of the day, finished 1.2 seconds behind Red Bull’s Verstappen, the man who denied him a record eighth title in last season’s controversial decider in Abu Dhabi, and six tenths off his new His teammate at Mercedes, George Russell.

Ferrari continued to encourage their pre-season form, with Charles Leclerc second and Carlos Sainz third in the other scarlet car. Russell finished fourth.

Ninety-six days after the final race of last year’s exciting and controversial title showdown, Hamilton was back on track for his 16th campaign on the grid.

The sport has undergone its biggest rule change in a generation, with the cars radically revised in a bid to deliver closer racing.

Hamilton’s Mercedes team might have dominated of late, winning the last eight constructors’ championships, but there is a growing feeling that they will not start the new campaign at the top of the tree.

The Silver Arrows have had problems with “porpoise,” the phenomenon seen this year when the car violently bounces off its suspension at 200 mph.

Early in Friday’s second race under the lights, and amid a flurry of sparks, Hamilton said: “It still bounces around a lot.”

He later complained that something was wrong with his front brakes.

For Verstappen, there were no such worries as his attempt to defend his crown started in the best possible way. And there was also good news for Ferrari.

Niels Wittich is in the referee’s chair here after Michael Masi was sacked as race director and was called into action in the opening moments of the first action of the day when the bodywork fell off of Esteban Ocon’s Alpine.

Wittich unfurled the red flag for 13 minutes as debris was cleared from the main straight.

Lando Norris was 11th for McLaren, with the return of London-born Alexander Albon supporting Williams’ back.