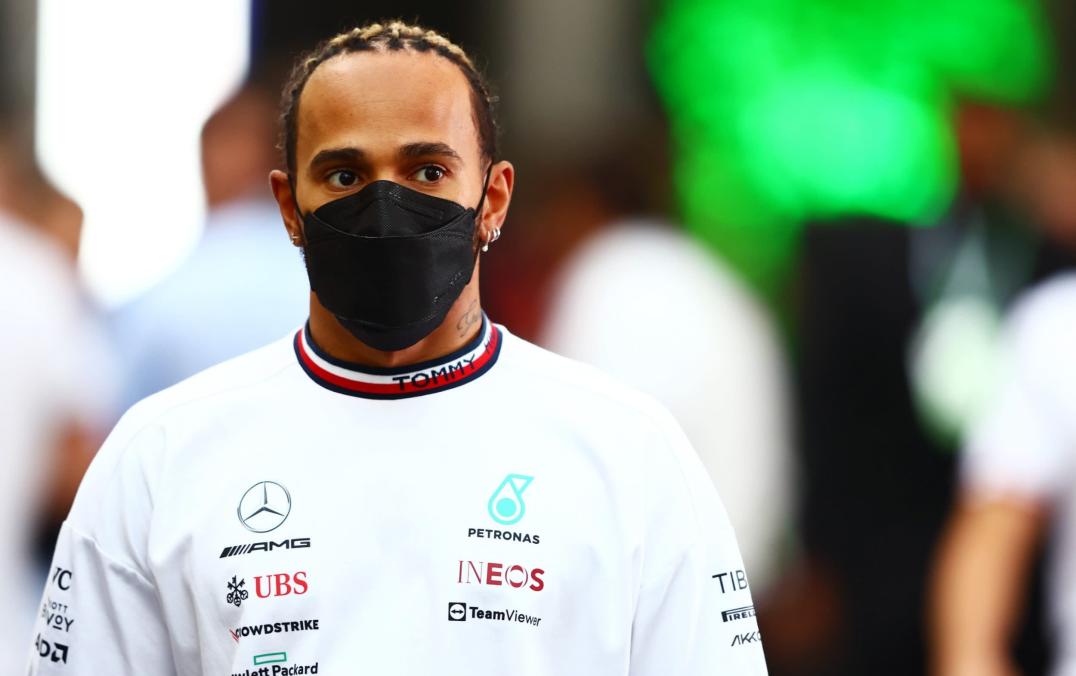 Lewis Hamilton admitted on Sunday night that he was “very happy” to leave Saudi Arabia after a weekend of terror for the sport and for him personally.

The seven-time Mercedes world champion suffered his worst qualifying performance in 13 years on Saturday, failing to get out of Q1. And while he struggled in Sunday’s race, rising from 15th on the grid to sixth at one point, the deployment of a late safety car hampered him, sending him back into the field.

Asked about his title prospects at this early stage of the season, Hamilton was dismissive.

“Right now we are not fighting for the top step,” he said. “We are so far behind the guys up front. We have a lot of work to do. We need more grip and we need more power.”

Hamilton said one positive to come out of the race was the fact that his W13 didn’t suffer from any ‘porpoise’, bouncing up and down at high speed, which has been a feature of Mercedes’ start to the season.

But he said Mercedes was so far behind Ferrari and Red Bull in terms of performance that it was of little consolation. “We’re still really down on the speed trail,” he said. “I do not know what it is. It is not just a solution. There are several things. I don’t know how much drag we have relative to others, but it seems like a lot. That [the title race] feels like a long way away.”

Asked if he was relieved the weekend was over, given the terror attack at a nearby oil refinery on Friday that almost resulted in a driver boycott, Hamilton made no secret of his feelings. “I’m so happy the weekend is over,” said the 37-year-old, who is known to have been one of the most vocal dissenting voices.

“I am also very happy that everyone is safe. I am looking forward to going home. I just want to go home.”

Discussions with teams and drivers are expected to take place in the coming weeks regarding the future of the race, which began a 15-year deal last season worth around £50m a year to the sport. .

Formula 1 is expected to share more details with teams on exactly what measures have been put in place to secure the event and what more could be done in the future, in an effort to reassure them.

And most of the drivers and team managers were toeing the party line on Sunday night. “There are a lot of lessons to be learned from this weekend,” said Red Bull team principal Christian Horner. “As a collective, Formula 1 needs to sit down and discuss what we have learned.”

Asked if the sport would return next year, Horner added: “That’s a question for Stefano. [Domenicali, F1 CEO] and the FIA.

Meanwhile, Mercedes team principal Toto Wolff said he felt the sport had had a positive effect on the country.

“I’ve been here five years,” he said. “I have seen changes. But there is much more to do. I want to say a lot.