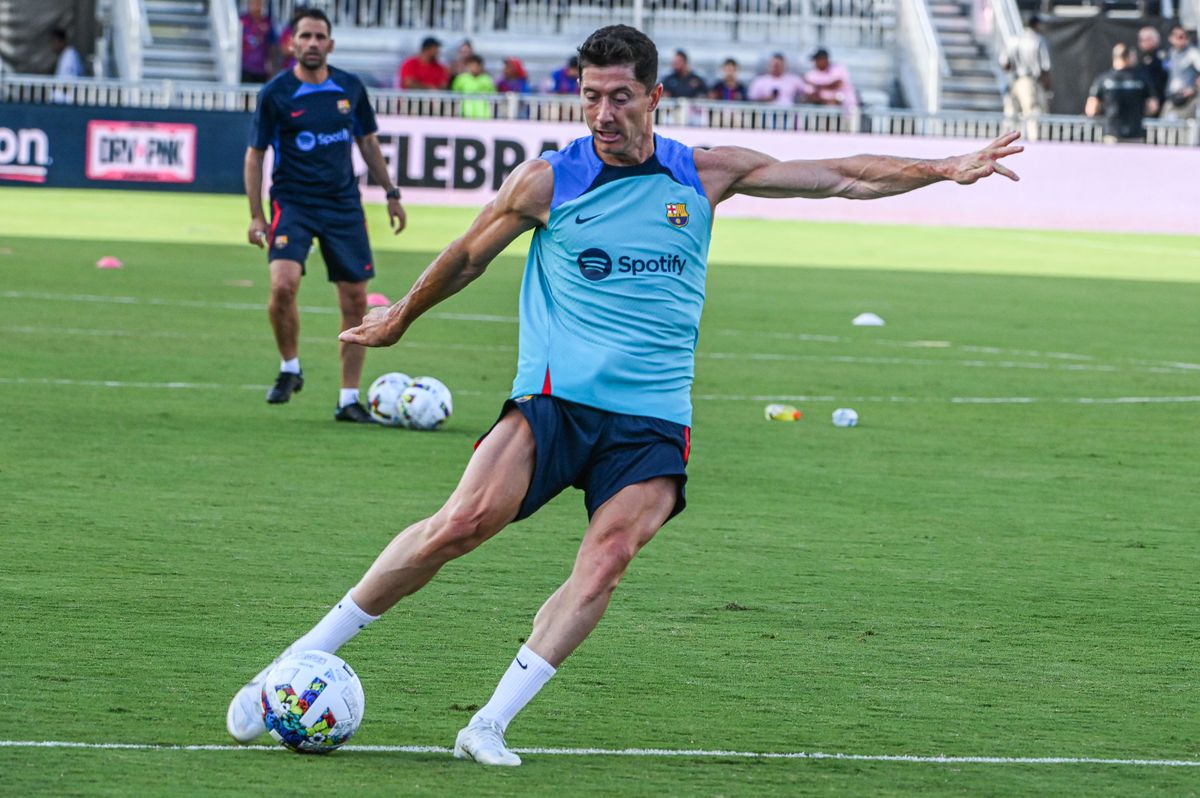 “Good day, thank you. My name is Robert, I’m from Poland and I live in Barcelona.” Thus, always smiling from ear to ear, Robert Lewandowski (Warsaw, 33 years old) began his presentation to society as a Barça player. Sitting next to him was President Joan Laporta in a shirt and jacket, sweating profusely from the heat at the Conrad Hotel in Fort Lauderdale Beach, Miami, where the forward was received. “We’re bringing Barça back to the world. Now it’s Robert and we will do our best to build a more competitive team,” said Laporta proudly while congratulating the sports division and its entire board for making the signing possible, aware that they have the economic leverage – The club sold 10% of the television rights for 25 years to investment fund Sixth Street, which validated the transaction.”In football you have to want to win and that’s what I’m best suited for,” the forward agreed.

Lewandowski cost 45 million fixed costs plus five variables. “But he made an extraordinary effort to come to Barcelona. He wanted to play with us,” the President decided; “We really want to see you and we know that you are a tireless worker.” The forward picked up the witness, a goalscorer by definition. “As a striker, I hope to be able to score a lot of goals and contribute what is necessary for the team to win games. That’s my challenge.” You already know that Barça score a lot because as a striker they also have Dembélé, Ansu Fati, Ferran Torres, Aubameyang and Raphinha on their payroll.

“Before Inter Miami, I saw the team’s potential. I’m ready to join and we have a good chance of winning titles,” said Lewandowski. The player, who was only able to do two activation sessions because the medical department advised him to adapt his body to the journey, is excited. “I’m ready to get involved with the dynamics of the team and I hope to be able to play the next game,” confirmed the striker. “Welcome to Barcelona and thank you for being with us,” Laporta said in Polish. The Lewandowski era begins, a player who wowed fans so much they ran out of the W to stamp their surname in the club shop at Camp Nou.

Previous articleSwimwear trends 2022: you will always look good in these models
Next articleCommemoration of Hitler’s assassination: “Brave courage is timeless”