Less growth, higher inflation, the threat of famine: this is how the Ukraine war is holding back the economy worldwide, and also in Germany 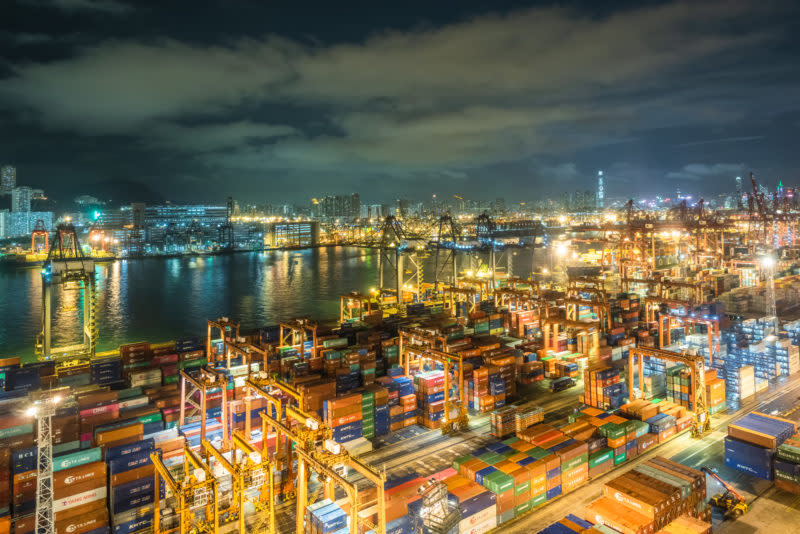 The war in Ukraine is leaving its mark on the global economy. The OECD estimates that global growth will fall by more than one percentage point as a result of the war. Global inflation is likely to rise by almost 2.5 percentage points, the Organization for Economic Co-operation and Development (OECD) said on Thursday in Paris.

What sounds like small changes can have drastic effects. One percentage point less of economic growth has a direct impact on millions of jobs. In less developed countries in particular, such a drop in growth can push many people below the poverty line. The Ukraine war is also slowing down the recovery after the corona pandemic.

The impact of shocks varies from region to region, with European economies hit the hardest overall, particularly those bordering Russia or Ukraine, the OECD writes.

An additional risk is that Russia’s energy supply to the EU could fail. If this leads to a permanent return to prices at the start of the war, inflation in Europe would be 1.25 points higher than it already is, for a total of more than 3.5 percentage points. In this case, European growth would fall by more than 0.5 percentage points, according to the OECD analysis.

As a further consequence of the war, humanitarian catastrophes with a sharp increase in poverty and hunger threatened some countries, explained the OECD. Stopping wheat exports from Russia and Ukraine would cause bottlenecks in many emerging and developing countries. Due to the interruption of fertilizer production, there is a risk that the entire agar supply will come under pressure in the coming years. Many countries in the Middle East depend on wheat from Russia and Ukraine for about 75 percent.

Admitting three million refugees from Ukraine will incur direct costs of at least 0.25% of gross domestic product in the EU, and even much more in the largest host countries. Although the initial costs are manageable for the EU as a whole, they are difficult for Ukraine’s neighboring countries to afford.

In the long term, the war could cause a fragmentation of payment systems and changes in the monetary composition of foreign exchange reserves. SWIFT’s exclusion of Russian banks could accelerate the development of alternatives. This would reduce the efficiency gains of a global system and reduce the dominant role of the US dollar in financial markets and international payments.

High risk for the German economy

For Germany, the RWI economic research institute lowered its growth forecast for this year from 3.9 percent to 2.5 percent. In particular, the sharp rise in oil and gas prices weighed on businesses and households.

According to estimates by economic researchers, inflation is likely to reach 5.2 percent this year and only fall back to 2.3 percent next year.

By contrast, the German labor market should prove to be robust. Over the course of the year, the number of employees subject to social security contributions will increase by almost 300,000. The unemployment rate will fall from 5.7 percent in 2021 to 5 percent this year and 4.9 percent next year.

However, the RWI is assuming quite positive general conditions. The forecast is based on the assumption that no further economic sanctions will be imposed on Russia and that deliveries of Russian gas to Germany will continue. It is also assumed that the number of new corona infections will decrease from the second quarter, that the infection control measures will be largely lifted and will not be necessary again next winter. Bottlenecks in the delivery of raw materials and preliminary products were gradually resolved.

Germany lags behind in EU comparison

In parallel with the growing risks to the global economy, increases in interest rates are also on the horizon. After the US, Britain also tightened interest rate policy. The British central bank increased the key interest rate by 0.25 points to 0.75 percent. It is the third rate hike in the UK during the pandemic. The background for the tighter alignment is the high level of inflation, which is likely to rise further as a result of the Ukraine war.

At the end of 2021, the fourth corona wave and supply bottlenecks weighed more heavily on the German economy, which is characterized by strong industry, than in many other EU countries. According to the Federal Statistical Office, 20 of the 27 European Union (EU) countries reached or even exceeded the pre-Corona crisis level in the fourth quarter of 2021. In Germany, on the other hand, economic output was a 1.1 percent lower than in the fourth quarter of 2019.

At the end of the year, there were signs of a slide in Europe’s largest economy, especially in private consumer spending and industry. The auto industry in particular was hit hard by bottlenecks in deliveries and materials.