Less dependence on Russia: how far have we come 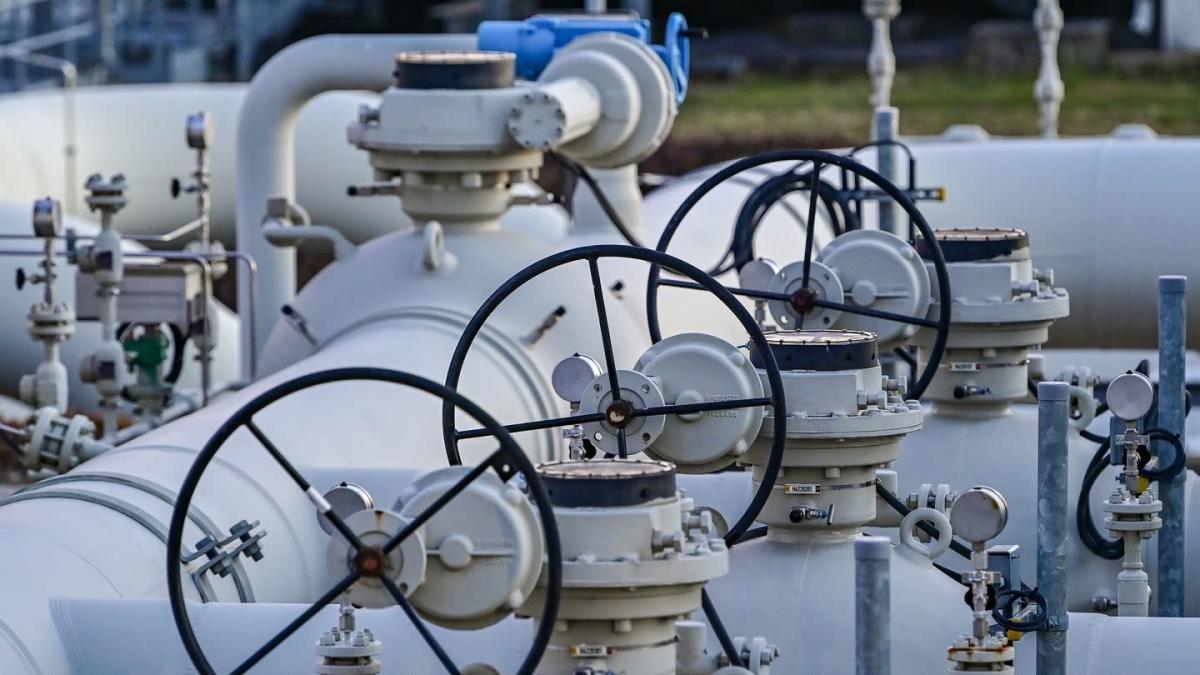 Berlin/Brussels (dpa) – Russia has Germany in an “iron grip” over gas, coal and oil imports. However, after the Russian attack on Ukraine, “considerable successes” have already been achieved in reducing dependency.

Economy Minister Robert Habeck (Greens) said in Berlin. Additional deliveries of liquefied natural gas (LNG) from the US to the European Union should also help.

Germany is in the process of rapidly reducing its energy dependency on Russia and putting its energy supply on a broader basis, according to the ministry’s “Energy Security Progress Report.” “The first important milestones have been reached to free us from Russian import control,” Habeck said. A general vision:

Germany is further ahead when it comes to coal. Until now, Russian coal has accounted for about 50 percent of German coal consumption. According to the ministry, companies have now reorganized supply chains and changed contracts. As a result, the dependence on coal will be reduced to around 25 percent in the coming weeks. This will take effect step by step from April. By early summer, most traders will have dispensed with Russian coal altogether: “Germany can be independent of Russian coal in the fall.”

According to the ministry report, dependence on Russian oil will drop from the previous 35 percent to around 25 percent as a result of the contract changes. “By the middle of the year, Russian oil imports to Germany will probably be cut in half,” he says. “By the end of the year, our goal is to be almost independent.”

Above all, the east depends on Russian oil through the “Druzhba” pipeline. The French energy company Total had announced that it would stop buying Russian oil for the Leuna refinery at the end of this year. The situation is more difficult at the Schwedt refinery, which was almost completely taken over by the Russian state-owned company Rosneft, an investment that is currently under review by the Ministry of Economic Affairs. Habeck said it was a mistake to give such responsibility to a Russian state company.

Fleeing Russian gas is more complicated than oil and coal. According to the ministry, the share of Russian gas deliveries has already fallen from 55 to 40 percent. Habeck said it might be possible to become independent of Russian gas by the summer of 2024, with the exception of some actions. But that also depends on the rate of expansion of renewable energies in Germany and a constant reduction in consumption at all levels.

Additional liquefied natural gas (LNG) deliveries should now help. The federal government is working to bring several floating LNG terminals into operation in Germany in 2022 and 2023. Energy companies RWE and Uniper had secured an option for three floating LNG terminals on behalf of the federal government. In addition, the construction of terminals in Brunsbüttel, for example, will be promoted.

Additional non-Russian gas is said to come from Norway, the Netherlands and Qatar, for example, and from the US. The United States announced on Friday that it intends to deliver an additional 15 billion cubic meters of LNG to the EU this year together with international partners. In the long term, the amount should increase: by 2030, the EU should buy around 50 billion cubic meters of LNG a year from the US. According to the Commission, this could replace around a third of current gas imports from Russia. .

However, gas from the US is controversial: in the US, LNG is usually produced using the fracking method. A liquid is pressed into the ground under high pressure to make the rock more permeable so that gas or oil can be extracted. Critics warn of emissions harmful to the environment and a possible threat to groundwater. For example, the US state of California wants to ban fracking from 2024.

Germany got through the winter safely, Habeck said. There are currently no supply bottlenecks. But he still cannot say that Germany will get through the next winter for sure. For this to be successful, in addition to additional “Putin-free” gas deliveries, the gas storage facilities in Germany must always be sufficiently full in the future.

On Friday, the Bundestag passed a corresponding law establishing a phased plan with binding fill levels. According to the Ministry of Economic Affairs, storage levels were historically low this winter. This applies in particular to the two storage facilities of the Russian state-owned company Gazprom. Such a situation should not be repeated next winter. In addition, the ministry is working to keep more coal-fired power plants in reserve.

In addition, the consumption of oil and gas must be reduced. “Every effort, every kilowatt hour saved also helps and hurts Putin,” Habeck said. However, the traffic light could not agree on a general speed limit on German motorways, instead there are relays for drivers at the gas station. The federal government is also planning for faster replacement of oil and gas heaters.